As 2018 comes to a close, we’re looking back on the travel adventures we’ve had over the last year. We’ve packed a lot into the year and found plenty of new favourite destinations both around Scotland and on our international escapades. Here’s a look of what we got up to over the last 12 months.

A year of Scottish adventures!

This year was all about local exploring. While there were a few international adventures thrown in we kept things more local for most of the year exploring much of Scotland but also finding new things to do right here in Glasgow!

Finding new places on our doorstep

Our first new discovery in Glasgow was a local cafe that had been getting some attention but it’s not just any cafe. This was the Purrple Cat Cafe in Glasgow’s Trongate and was our first ever visit to a cat cafe. We weren’t bowled over with excitement on the day but it’s certainly a popular place so it’s worth giving the place a go if you’re in the area. We also enjoyed our first trip to the newly opened Clydeside Distillery in Glasgow, and while we certainly aren’t whisky connoisseurs we enjoyed finding out all the behind the scenes processes and some history of the Glasgow whisky barons of years past.

We also managed to find some new outdoor adventures nearby which for us is quite impressive as we’ve been most places on our weekend wanders. But we found a lovely new spot at Overtoun House and Lang Craigs and it was a fantastic place to explore with great view over the Clyde and Dumbarton and only half an hour form home. We also returned to this spot as our last outdoor adventure of the year with a walk on the 30th of December. Other beautiful walks we discovered on the doorstep included the Aber Path route in Loch Lomond and the Trossachs National Park which was a route we had never really spotted before but gave lovely views over the water as well as some great wildlife spotting opportunities as the trail meanders through an RSBP bird reserve. Findlaystone Country Park was another great spot just a short hop up the road in Langbank where we got to be big kids on a rather soggy day as the excellent playground was empty but there was also lots of lovely walks, gardens and nature trails to be had. It was been great to find so many new nature places so close the our Glasgow home and has really shown us that there are always new places to explore!

Events also played a part in our 2018 excursions and when Halloween arrived, Glasgow had a big one the cards and we were one of the first to see the light extravaganza visiting on one of the first nights of GlasGLOW  in the West End’s Botantic Gardens. A great night and we’re excited that it will be returning for 2019.  This year we also enjoyed a fantastic Edinburgh Tattoo – even if it was a little soggy!

Another highlight of our year was a local trip to Inchcailloch island which had been on our list for ages but we’d never gotten round to it. While we could have waited for nicer weather, we decided early spring was the time and it didn’t disappoint.  Loch Lomond’s Inchcailloch island was certain worth a trip even is the wintry sleety weather.

Once the nice weather arrived we headed out on some more traditional Scottish island adventures and our first trips to the Isle of Bute and Isle of Arran both in the Firth of Clyde. Managing to get some fabulous weather for both we got a good bit of walking in in both destinations and even completed the first section of the West Island way on Bute meaning we’ll need to return again to complete the route soon!

The Isle of Arran is a very popular day trip for may Scots but it had taken us a while to get round to it. With a gorgeous sunny day we enjoyed a long coastal and exploring around Brodick Castle where Andrew even got to see his first ever wild red squirrel! We opted to leave the popular Goatfell hike for another trip but Brodick was a lovely place to visit and we look forward to a longer trip in the future.

A spur of the moment tour of underground Edinburgh in March was a great insight into 18th century life in Edinburgh’s Blair Street Underground Vault. Though I’d heard much about the underground caverns below the city, I had never ventured down into the depths below Edinburgh. There are a few option for underground tours in Edinburgh but I joined Mercat Tours with a friend to see what life was like in the dark under Auld Reekie and learnt a lot of interesting history. Edinburgh visits were actually pretty frequent this year as I spent a few weeks based in the capital for work but also with day trips to Craigmillar and Edinburgh Castles and a trip to the Edinburgh Royal Military Tattoo which this year celebrated the 100 anniversary of the RAF were all on the cards in 2018.

Other historic spots also got a look in as we took a visit to Kinneil House in Bo’ness and managed to find an open day that matched up with our planned trip. We hadn’t even heard about Kinneil House before but we pounced on the chance to go see something new.

Closer to home we also got a unique experience exploring the TS Queen Mary, a former Clyde-built steamer which is now being restored in Glasgow and was a little slice of history on that has been returned to the Clyde. While further afield we headed to places like St Andrews, filled with history in every turn with St Andrew’s Cathedral and Castle.

Nearby Stonehaven also caught our eye and a trip to an iconic castle on the cliffs didn’t disappoint. Dunottar Castle is a stunning location and was so much bigger than we expected! Despite a chilly, windy day we thoroughly enjoyed our time here and a toasty chocolate pancake lunch in a lovely little cafe in Stonehaven certainly helped reset the thermostat!

Art and Culture around the country

We’re not great at art galleries. We can appreciate a pretty painting and sometimes think a piece of modern art is interesting but we certainly don’t typically make a habit of heading to art venues but one place had peaked our interest! Jupiter Artland sculpture park near Edinburgh was a big hit with us. There are so many amazing and often rather odd artworks found at Jupiter Artland. During our unusually long and warm summer, we had a fantastic day exploring all the clever and detailed art pieces found across the park and, even for art novices like us, this was a great day out!

This year there was of course only one place that everyone was talking about in Scotland and that was the V&A Dundee! We were lucky enough to get a sneak preview of the site back in July before it opened and then returned later in the year to see the opening exhibit Ocean Liners: Speed and Style in its full glory. A great exhibition and a wonderful addition to the Dundee waterfront alongside the historic RSS Discovery!

Closer to hope, we enjoyed some of the more artsy spots around Glasgow with wanders around the Glasgow Mural Trail  and seeing alternative options around the SW3 area – a trendy arts and event space in Glasgow’s West End. Glasgow is booming with amazing street art and it was great to see more this year and watch the scene expand over 2018.

While there was certainly a lot of new Scottish destinations for us we also squeezed in some international travel as well with a few trips abroad.

This year we both started and finished our international travels with visits to Copenhagen in Denmark. Our first trip at the end of January was our first visit to the city but we fell in love straight away. It was pretty chilly but we had an action packed 3 day itinerary for Copenhagen so we were certainly kept busy! We loved so many places in Copenhagen, from the Nyhavn Harbour and our canal tour, to the Den Blå Planet Aquarium and the Cistern art installations. However, our number one highlight from our first stay in Denmark was the Frederiksborg Castle in Hillerod. If you only see one royal palace on a trip to Copenhagen, make it this one!

Sadly, one downfall of visiting at the end of January was that the famous Tivoli Gardens were shut so we made up for this with a return visit mid December to experience the world’s second oldest amusement park in the world with the added bonus of the festive season. Our return visit was still action packed despite being our second of the year with trips out to the Viking Museum, Roskilde Cathedral and Kronborg Castle, the site of Hamlet. 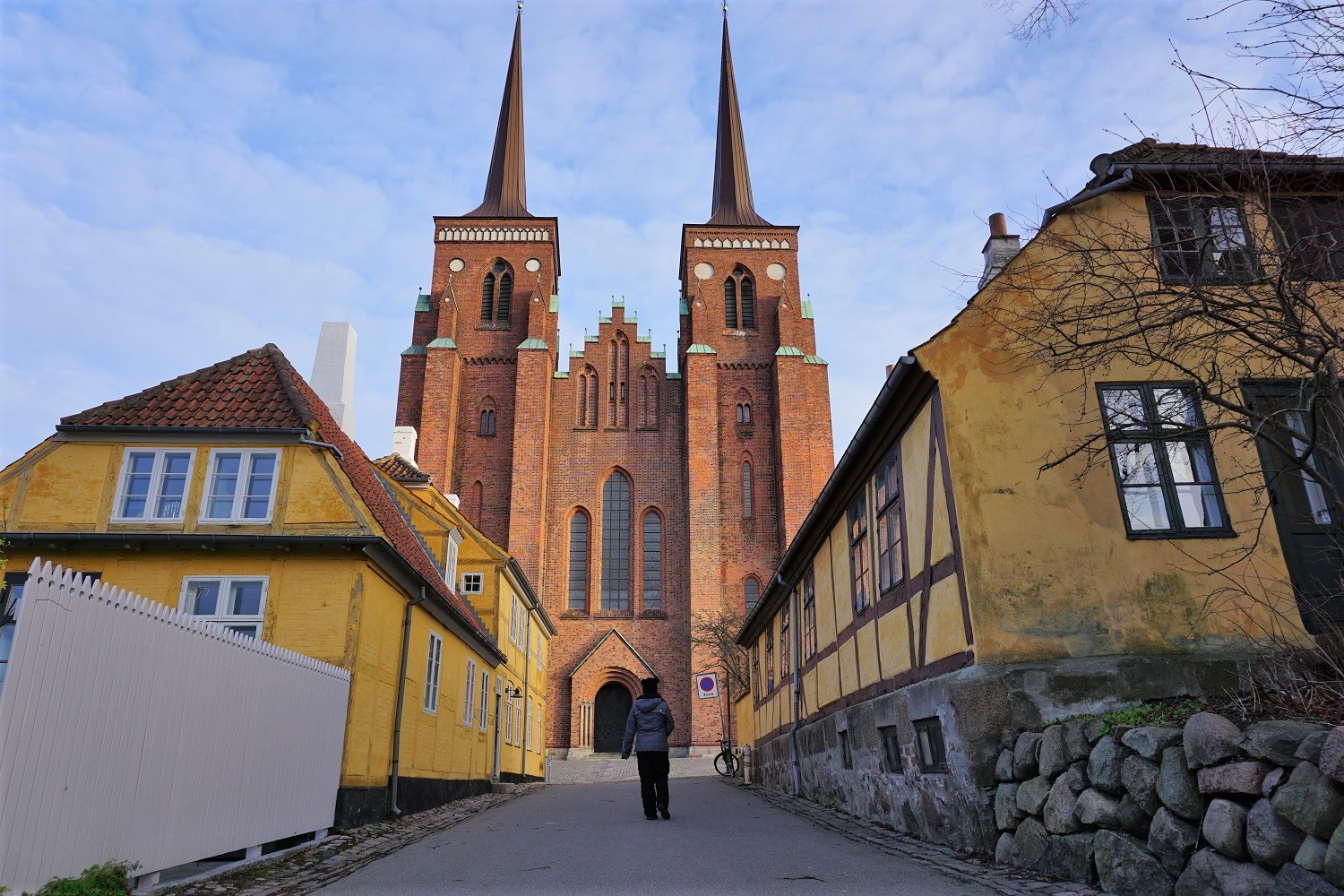 Ever just spotted a cheap flight and gone for it? We’ll that’s what we did this year with Ohrid and then sort of sat back and thought….so where is Ohrid? Does anyone know anything about Macedonia? Nope? Oh well. It turned out to be a great adventure and we love Ohrid, Macedonia. 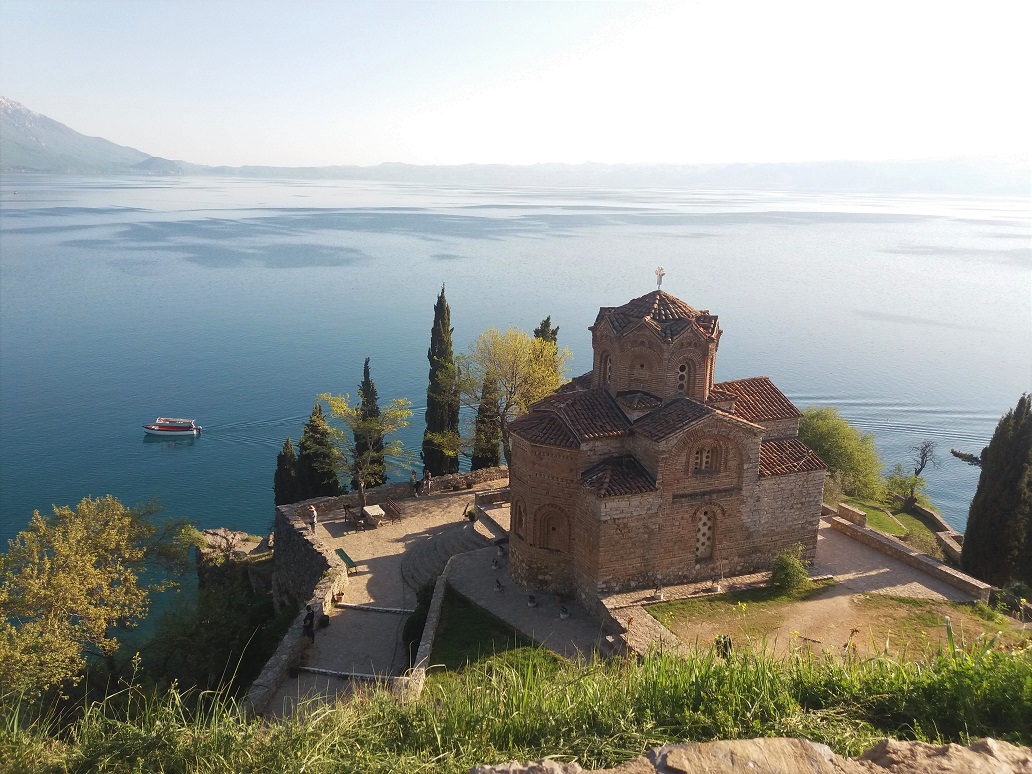 Sometimes just jumping in to somewhere new is a perfect way to explore an there were plenty of things to do in Ohrid. Ancient historic sites, crystal clear waters and some stunning views made this one of our new favourite places and somewhere we would highly recommend. While we only took a short visit, our stay in the beautiful spot and our day trip to Sveti Naum monastery near the Albanian border has certainly peaked our interest for further travel in the Balkan region!

What does 2019 hold for the tinberry travels?

Well, we celebrated Christmas by booking out first trip for new year with a long weekend in London to see a musical during the summer. We’re also in the process of plans for both Ireland and organising a European ski trip. Our family were also nice enough to give us both flight vouchers and an Historic Scotland membership meaning we’ll have plenty of adventures to plan both locally and further afield!

What have been your travel highlights of 2018? Did you tick any big plans of your travel lists? 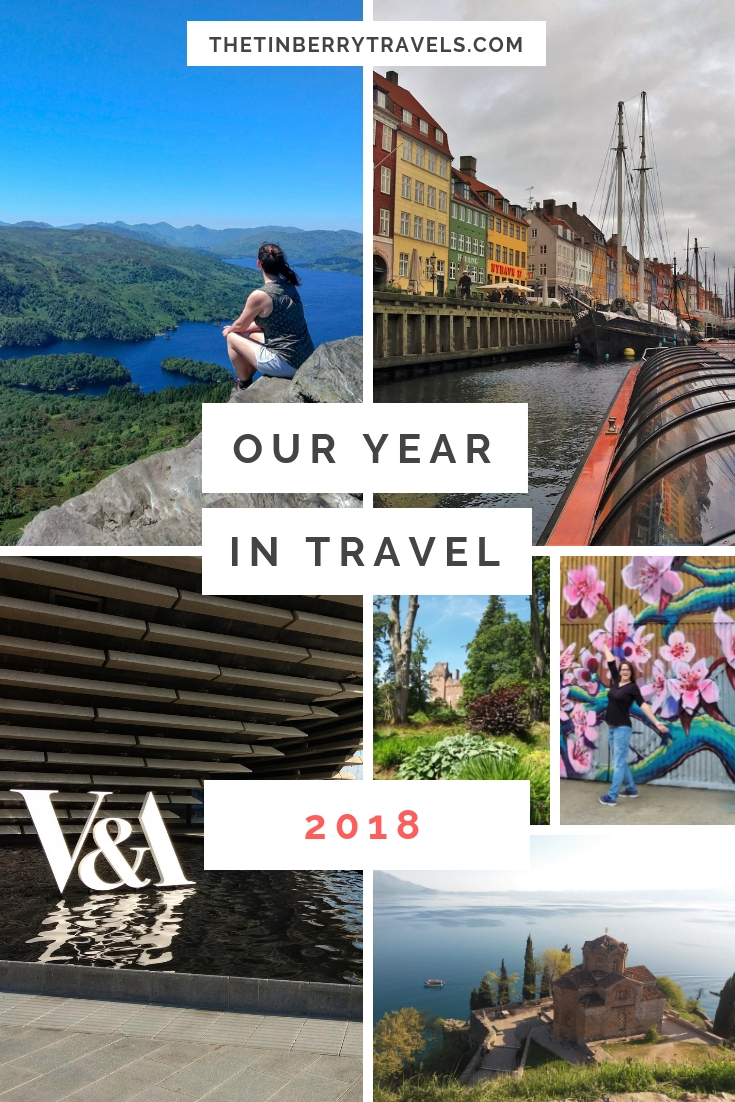