Scotland is never short of amazing scenery and breathtaking views and while many people assume the Highlands is where it’s at, there’s plenty much closer to the Central Belt to enjoy. Living in Glasgow, Loch Lomond and the Trossachs National Park is but a mere stone’s throw from our home and has become our stomping ground (although not literally – be gentle with nature). With so many places to explore it’s hard to pick where to go on a day out but one little spot we’d highly recommend is Inchcailloch Island. A perfect place to spend a few hours even in chilly weather!

How to get to Inchcailloch Island

As the location suggests, Inchcailloch is an island within the national park. A popular spot within Loch Lomond and the Trossachs, the island is only a short hop from the mainland but can feel like you’re a million miles away. With fairly easy paths and both natural and historic spots to explore, the island is certainly worth some consideration if you’re looking for places to explore in the area.

The main departure point for Inchcailloch is Balmaha and so you’ll need get yourself there first. Balmaha is around 45 minutes to an hour driving from Glasgow and around an hour and a half to two hours from Edinburgh. Public transport is available to get there but it will take around double the amount of time compared to driving there. From Glasgow, a train will get you as far as Balloch where you can then swap to local busses which stop just opposite the visitor centre in Balmaha.  Resources such as Traveline Scotland are always handy for planning journeys in Scotland, especially routes need multiple transfers.

Once you’ve made it to Balmaha, one of the fun bits about getting to the island is the awesome Inchailloch Island Ferry. Ferry is perhaps a little bit of a stretch but the little water boats that shuttle from the mainland to the island are beautiful. From the visitor centre or main road, the walk to the ferry is well signposted. 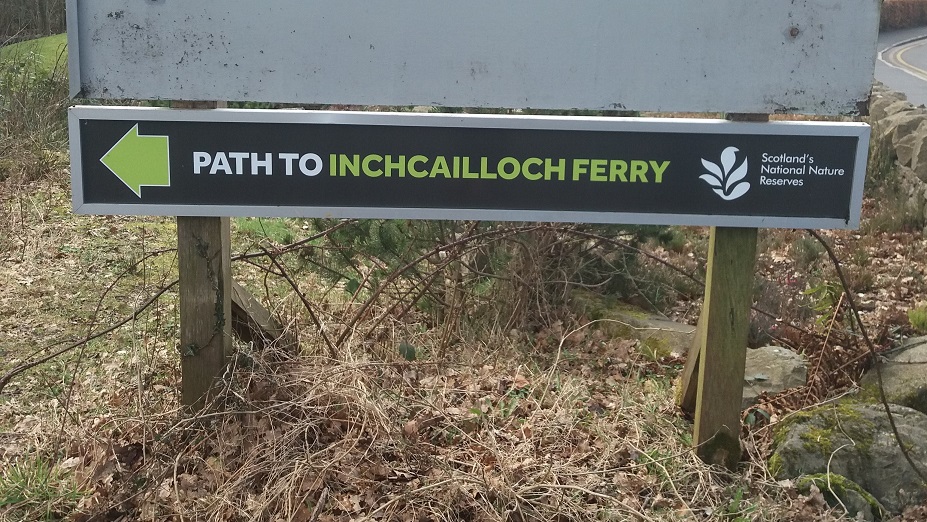 Follow the arrows through the Balmaha Boatyard until you reach a little ticket shed. This may not be open on quieter days but a sign will let you know so you can just wander over to the workshops next door to organise your transfer. If you’ve arrived by car there is parking in the boatyard or you can leave your vehicle in the main Balmaha car park but this may get a bit busy in peak season.

In off season there is usually only one boat to Inchcailloch Island but in the summer months there are three similarly gorgeous little boats. All run on an “on demand” service between 9 am and 5 pm meaning there are no set running times and you’ll more than likely get a trip to yourself if it’s not peak season. 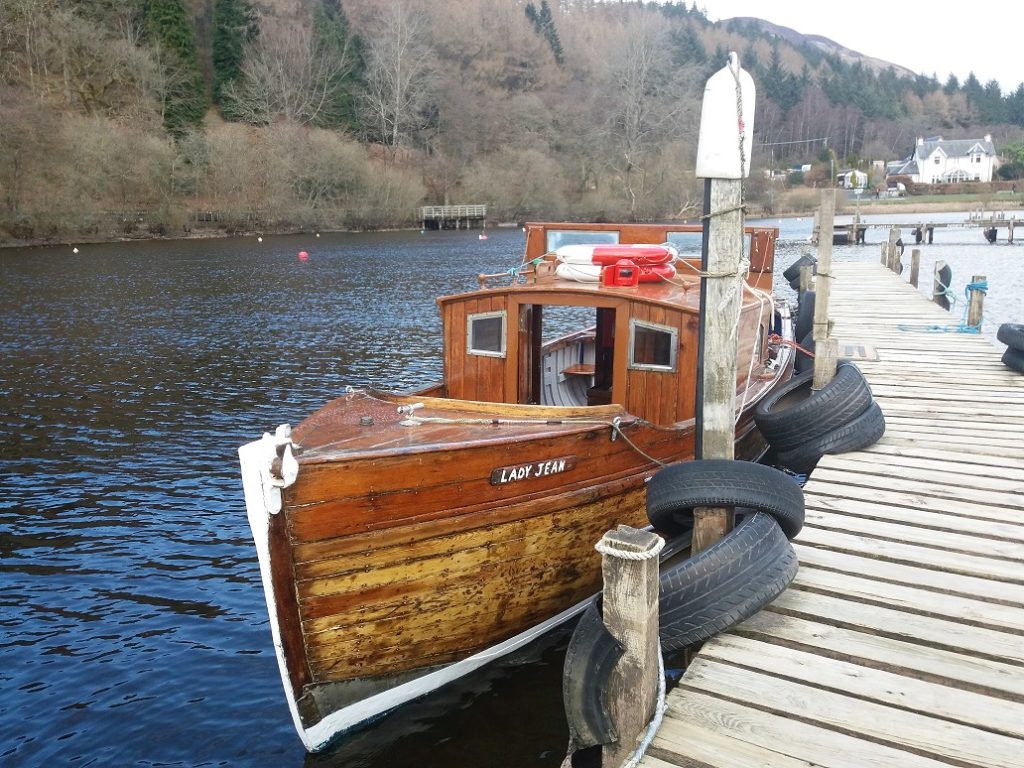 The journey to Inchcailloch Island is only 5 minutes and cost £5 per adult return journey. Children are charged at £2.50 per return. You’ll need to let captain know when you plan to be finished on the island and when they should return to collect you again. It’s also worth noting that the boats wont go in harsh weather so have alternative plans just in case.

If you plan on taking a tour of the other islands there are also lots of other commercial options which depart from both Balmaha and Luss and will sail around many of the islands in Loch Lomond as well as stopping at Inchcailloch. If you happen to have your own boat you can also sail to the island yourself but you cannot block other boats dropping off at either the North Pier or Port Bawn so you must either drop anchor in the bay or beach smaller boats.

Where to explore on Inchcailloch Island

Inchcailloch is a great place to visit with peaceful walks, lots of nature and some interesting historical spots on the island too.

There are technically three walking routes on Inchcailloch but these can all be combined. Generally, most people either complete all the walking routes as one big loop or take one of the circular routes. If you’ve taken the Inchailloch waterboat from Balmaha boatyard then you’ll arrive at the North Pier where you you’ll head up some steps to the right and find an information board and map so you can plan your route. 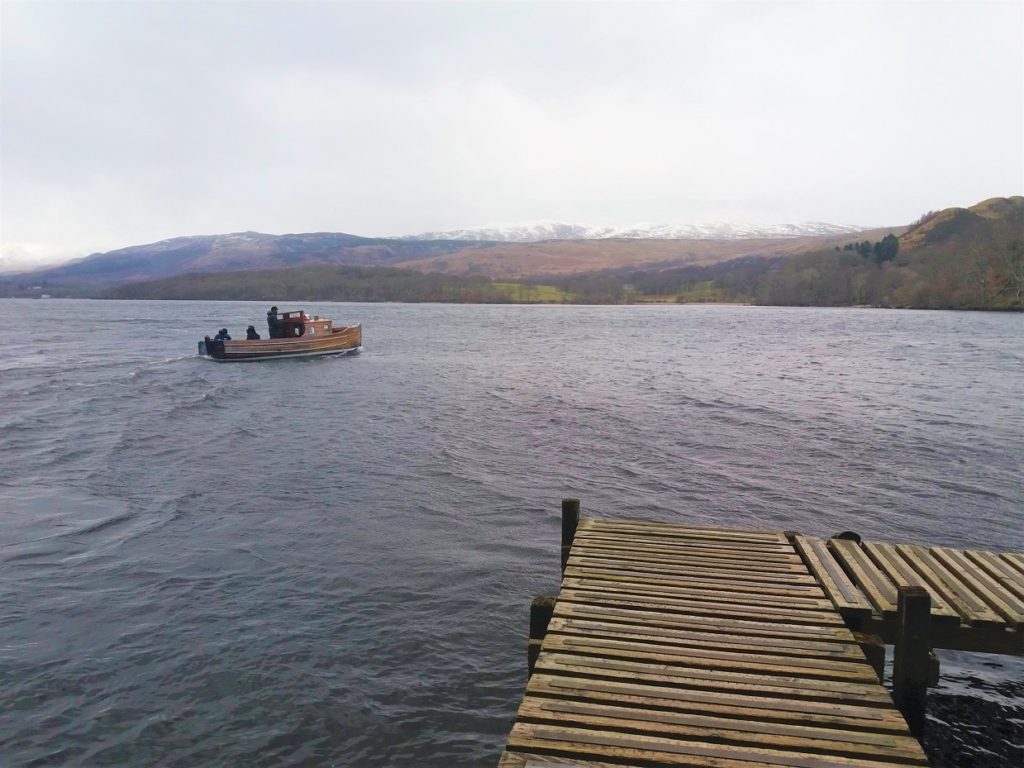 If you opt to take the Summit Path it includes a climb up to the highest point on the island. The walk is much steeper than the other two but the path is well maintained combining both stepped sections and slopes but there are plenty of natural stopping points and a bench or two for those that need a little breather.  Even before you reach the top there are viewpoints along the way including a great view over the River Endrick, the Fintry Hills and neighbouring Crannog Island. 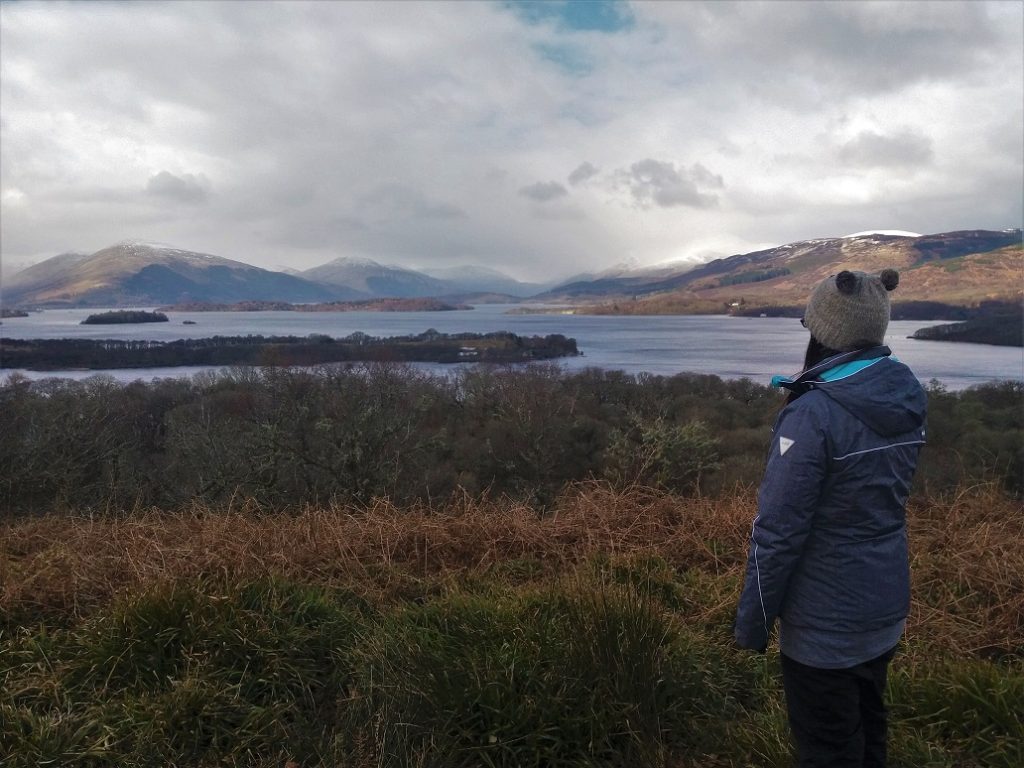 Of course the main attraction of this path is the summit point and this is why many people take the short hop over on the Inchcailloch ferry.  From the top you can see right across the amazing landscape of Loch Lomond and the Trossachs National Park looking over the islands of the loch below and over to the mountain tops of Ben Lomond and Bein Duhn.  This is where we spent most of our time on the island as this is such a beautiful spot to be. After you’ve had your fill of epic views, the route heads back down into the woodland but connects back to the other paths so you can continue round the island on the Low Path.

The Low Path follows the edge of the island and remains fairly flat while it meanders through the woodlands but highlights include Port Bawn on opposite side of the island from North Pier and several historic spots on the island including farm ruins and burial grounds.

The third Central Valley Path is simply a straight line across the island between the North Pier and Port Bawn and back again but is actually an excellent spot to stop and watch some of the wildlife on the island. Birds are very active on Inchcailloch and a visit in May-June brings colourful carpets of bluebells in the central valley too. 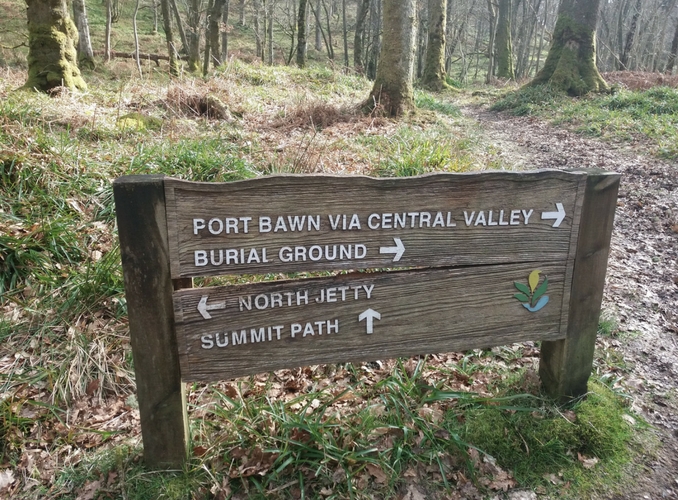 Our boat captain suggested that it would take an hour to walk around the whole island but this would be at a fast pace and simply walking without really enjoying the views. As it was a very chilly day on our visit, we opted for two hours but really we felt quite rushed at the end and would recommend more time if, like us, you like to stop and appreciate the view or take a photo every once and a while.

For those who want to take bit longer to explore or who want to enjoy the sense of wilderness with an overnight stay there is a campsite on Inchcailloch Island located next to Port Bawn. It is a basic site with no water facilitates but does have a compost toilet and barbecue and picnic bench areas.  You must book ahead as there are only space for 12 campers on the island and there is a maximum of 2 nights allowed. The Inchcailloch campsite is also only open from March through to September but you can check out all the guidelines online or with the national park visitor centres. 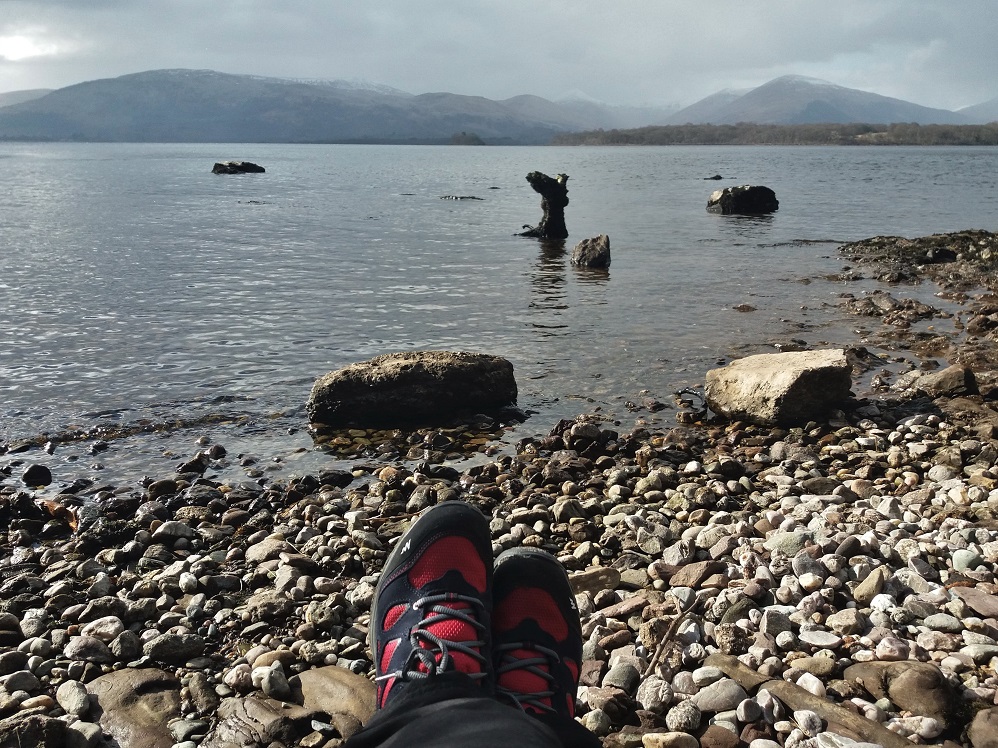 As well as being a wonderful place to spend an afternoon, Inchcailloch also has a fascinating past and a number of historically important sites in the island. One of the commonly known facts about the island is that it’s name means “Isle of the Cowled (or Hooded) Woman” in Gaelic, thought to originate from the nunnery that once sat on the island. Only it turns out there isn’t any evidence of such a nunnery. There is however, plenty of religious history associated with the island. It was the home of an Irish saint, St Kentigerna, in the the 700sAD and is the site of chapel and burial ground which are recognised as on Scotland’s list of Scheduled Ancient Monuments.

Inchcailloch Island is also the ancestral home of the Clan MacGregor and this burial site is the final resting place of many of the clan members. You can read lots more about the clan history and the burial rituals on the large information boards set up on site but even if you aren’t interested in the island’s past this is also just a peaceful place to visit. The ruins of the church are easily spotted and many of the grave stones found here are still legible with some even dating back to the 13th century.

Another historic location found just off the Low Path is the collection of farm ruins. Unfortunately we managed to miss these on the way to the ferry so they are perhaps a little less obvious the the burial site but show the agricultural past of Inchcailloch and the layout of a number a the farm buildings that once stood here in the 17th and 18th centuries.

Inchcailloch Island is a perfect way to spent a few hours to experience nature and some of the fascinating history right in the heart of Loch Lomond and the Trossachs National Park. The short hop over from Balmaha, even on a wintry day, was well worth it and this is somewhere we will certainly return to in the summer to explore again in a new season. If you’re looking for a peaceful spot in the national park this is certainly one of our picks!
Do you have a favourite spot in Loch Lomond and the Trossachs National Park?
Pin it for later