There’s nothing quite like life on the open road. It’s a chance to experience a new destination every day, gain a broad overview of the landscape and enjoy some great tunes as you head down the freeway. But you know what, experience isn’t everything. Instead, why not enjoy it vicariously through some of the greatest road trip movies?

Jack Nicholson stars as Warren Schmidt, a selfish retiree who finds himself alone following the sudden death of his wife. With his newly acquired Winnebago, he decides to take a trip from his home in Omaha, Nebraska across middle-America on route to his estranged daughter’s wedding in Denver revisiting the significant places from his past including the University of Kansas and his home town of Nebraska, all while questioning the accomplishments of his life. No matter how you’ve lived your life, it’s never too late to start travelling, and with the passing of time even the places that you’ve been before can appear brand new.

Terrance Mallick offered his take on Bonnie and Clyde with this beautiful and haunting film mixing pop culture inspired characters with stunning shots of the landscapes of Montana. Martin Sheen has never been cooler as he channels an extreme version of James Dean as the effortlessly charismatic compulsive-lying criminal Kit Carruthers who recruits Cissy Spacek’s impressionable teen while going on a crime spree. This all proves that you can find some beauty where you least expect it, but you probably don’t need to become a criminal to find this out.

The original Muppet movie acts as an of origin story for the gang of odd entertainers and takes in a road trip across America. After a Hollywood agent hears Kermit singing Rainbow Connection in his swamp, he tells him he should try a career in showbiz and believing he could make millions of people happy, he sets off for Hollywood. Kermit really embraces the adventure of being a solo traveller but it’s not long before he meets Fozzie Bear and the rest of the gang. Just like many who set out on their own, he makes strong friendships that will last a lifetime with others who share the same dream.

The final outing for Hugh Jackman as Wolverine saw a sick Logan head out on the road taking a trip north from the US border with Mexico, right the way up to his native Canada, but this isn’t a fun drive to see the finest diners on US highways. With a frail Professor X in tow, Logan must transport his young, cloned progeny in the form of Dafne Keen to safety after her creators decide to shut down the programme and destroy all the subjects. This is a brutal exploration of ageing and mortality, forgotten dreams and the importance of the next generation. Still there are plenty of lovely locations to explore from El Paso, Texas to Oklahoma City and ultimately the forests of Canada via North Dakota.

The thing about Britain is it’s not really that big. So if you’re going to do a road trip movie, you really need to create some obstacles to get in the way. John Cleese plays an obsessively organised and punctual headmaster whose world is thrown into disarray when he misses his train to Norwich on the way to chair a headmaster’s conference. What should be a simple journey turns into a nightmare involving him high jacking a sixth form pupil’s car, stealing petrol, vandalising a phone box, getting chased by the police and running into an old flame. This farcical comedy of manners was on almost constant rotation on BBC One in the 90s and although it’s a little televisual, it perfectly captures the jeopardy you face when attempting to navigate the country’s rural roads.

In the post –American Pie era, there were a number of teen gross out movies and most of them were pretty terrible. Despite the presence of Tom Green, this one is actually likeable, thanks in part to the charm of the cast led by Breckin Meyer and Amy Smart. It involves an 1800-mile trip from Ithaca to Austin. The motivation for the journey is a sex tape which Josh (Meyer) accidentally posts to his long distance girlfriend instead of his usual video message and he hopes to retrieve it before she sees it learns of his cheating. Remember a time before YouTube and Skype? It wasn’t really so long ago. While the motivations for this road trip weren’t noble, there’s nothing like a trip across the USA help you realise what you want out of life and form life-long bonds with your fellow travellers.

This is perhaps the ultimate road movie, and there’s hardly tarmac in sight. If you’ve considered driving across the Australian outback, you probably won’t enjoy a more vivid experience than George Miller’s revival of his post-apocalyptic antihero. Tom Hardy takes on the title role but it was Charlize Theron as Imperator Furiosa who took away all of the plaudits for her performance. The plot is essentially one giant chase set-piece as the characters flee from the War Boys led by Immortan Joe. This sort of thing happens on just about every trip down under and make for some incredible Instagram stories.

What’s a road trip without the threat of being turned into a zombie? Before they had transitioned to the A-list, Jesse Eisenberg and Emma Stone topped the cast of this smart post-apocalyptic comedy alongside Woody Harrelson and Abigail Breslin. The trip begins with Columbus (Eisenberg) making his way from Austin, Texas to Columbus, Idio when he encounters brutal zombie killer Tallahassee (Harrelson) and con-artist sisters Wichita and Little Rock. Ultimately they decide to head for Pacific Playland, Los Angeles which they believe is an area free of zombies. This film features one of the best cameos of all time and is the perfect introduction to the highlights of the Southwestern United States.


What are your favourite road trip movies? Tell us all about them in the comments below.
Pin this for later 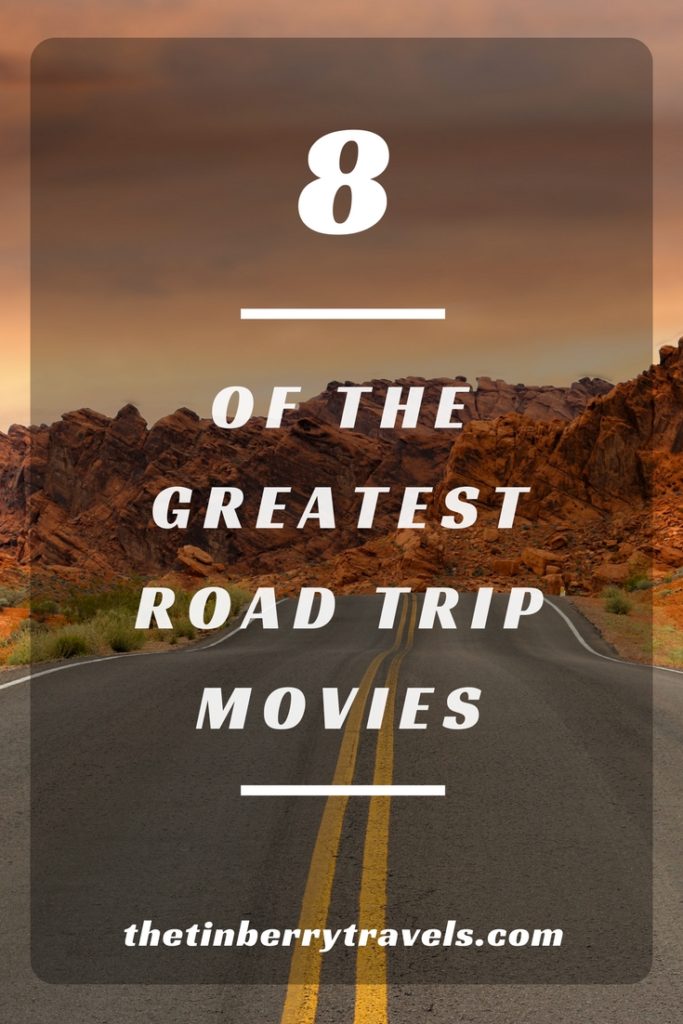