Every country has its stereotypes and Scotland is certainly a place with some ingrained character traits when it comes to film and TV. Who hasn’t watched at least some of Braveheart or an episode of Outlander? But what is the truth about those Scottish clichés? Well, we thought we’d settle a few here.

1. It always rains in Scotland

Ok well we can’t really get a way from this one – it rains a lot and it can be a whole new kind of rain that you might not have experienced before where it’s so windy and wet you can’t see in front of you. BUT we do get sunshine and summer does exist, I swear! Plus all that rain makes our views that much more green and epic with the sun does come out. 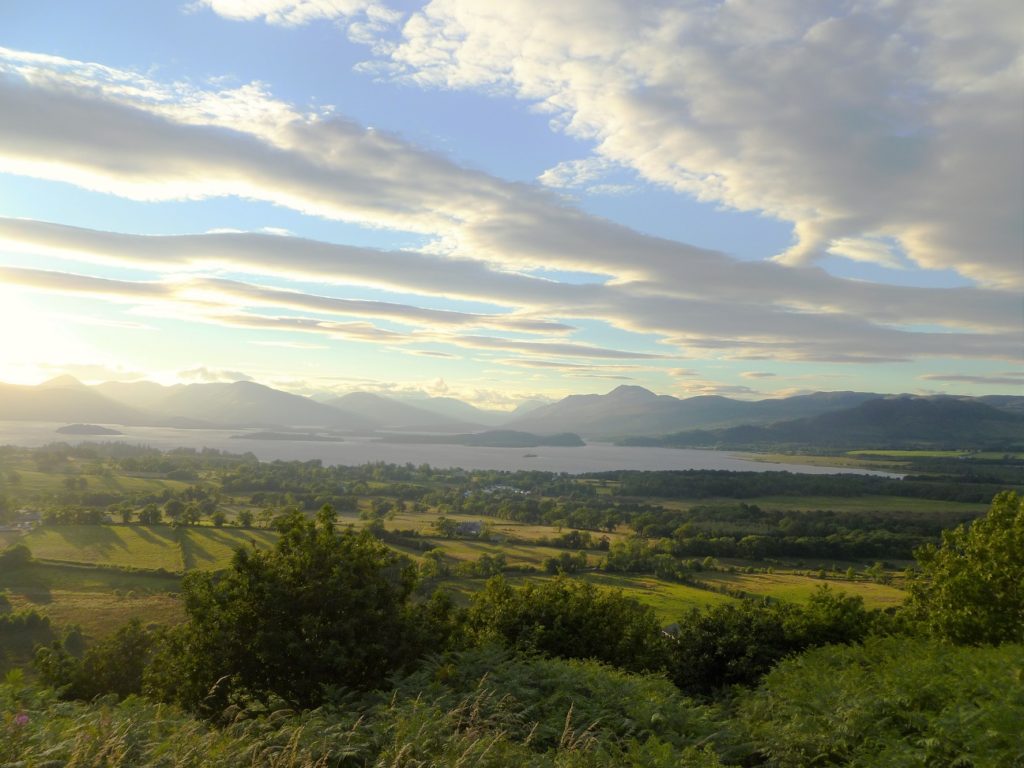 And if you want to argue daylight hours we certainly get our fair share during Summer with daytime typically lasting more that 17 hours at it’s peak. If you head to Orkney, you’re looking at more than 18 hours in summer!

2. Everyone wears a kilt

Sorry guys, that one is a no. For a start, kilts are a guys only thing and typically you’ll see kilts at weddings, family events and football matches and less so on the street. But that doesn’t mean they are not around. Get yourself to a ceilidh on your visit here and you’ll see plenty. And yes, being a “true Scotsman” is very much a thing, but please don’t lift guys kilts to check –  it’s the rudest thing you could ever do and it means the tradition is being lost as men don’t want to be harassed by tourists when they’re just going about their business.

WANT TO SEE A KILT IN ACTION?- Our Scottish Wedding at Loch Lomond

Monster is a bit harsh but 100% true. However, just like those men in kilts Nessie can get quite shy but if you’re very patient and very quiet you might spot her.  A little misconception is that there is a Nessie in every loch. Our Nessie is one of a kind and you’ll only find her in Loch Ness in the Highlands so make sure to include some time nature watching to see if you catch a glimpse.

4. Everyone has red hair in Scotland

Sadly not, while we do have the highest percentage population in the world of natural red head that still only equates to 13% of us but those recessive genes do have a fun habit of cropping up when least expected and there are multiple lines in both mine and Andrew’s families.  Apparently 40% of us carry the genes! 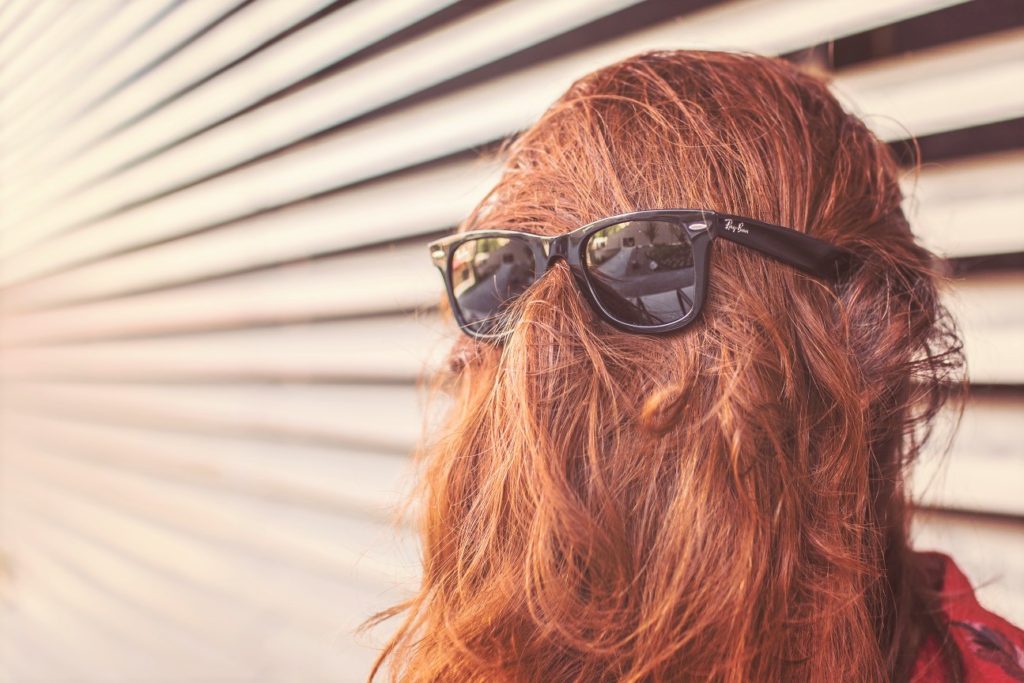 5. We all eat Haggis and Deep Fried Mars Bars

As much as I hate this one I had to bring this Scottish cliche you can’t really talk about Scottish stereotypes and not mention it. Deep Fried Mars Bars were not a thing. It started out with one little chip shop in Aberdeen as a novelty but it has become world famous and a newspaper picked up on it. You might be able to find these in city centre fish and chip shops but only to bring in the tourist crowd. I’ve never had one, never seen one and never even seen one advertised but you never know it might be tasty.

Now haggis? You’ll find in most supermarkets year round and I am partial to a haggis, neeps and tatties on a fairly regular basis but for most people it’s only served in the home around Burns Night in January. If you’re looking to give it a try (and I strongly suggest you do – there are veggie options too) then head to a Scottish restaurant or many of the pubs to see what all the fuss is about. If you’re planning on being in Scotland around the 25th of January then try to get yourself to a Burns Supper for the full experience – Burns poety, haggis and a wee dram or two.

6. A sheep on the road is a traffic jam in Scotland

So the joke goes and well, sometimes it’s true. Scotland does have a lot of single track roads and open grazing land but it’s not what’s usually causing the hold up in town or cities. That being said, if you’re out in the countryside do keep an eye out for the odd fleecy escapee cause these guys do have habit of suddenly appearing from under a hedge or deciding to run out in front when you try to pass. Drive slowly and carefully around animals on the road and you’ll be just fine. So yes, this Scottish cliché does have a little merit. 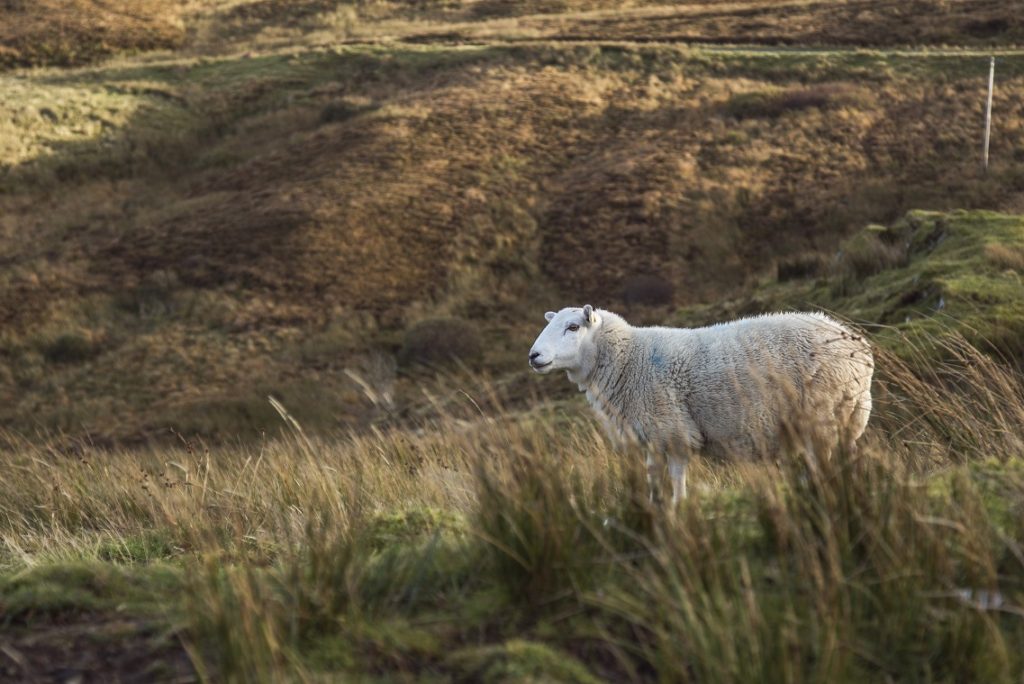 We can’t guarantee you’ll understand everything that a Scottish person says but we’re a friendly bunch and we try our best. Scottish accents vary massively form region to region and we use plenty of our own words which you won’t find in an English dictionary but typically most people don’t have an issue with communicating. I’ve travelled plenty of places in the world and never had any big problems. You’ll also see plenty of Gaelic around when travelling but most signs will be bilingual and just ask a local if you need help!

How many of these Scottish cliches have you heard of? What are the top cliches where you come from? And are any of them true?

Why not pin this for later? 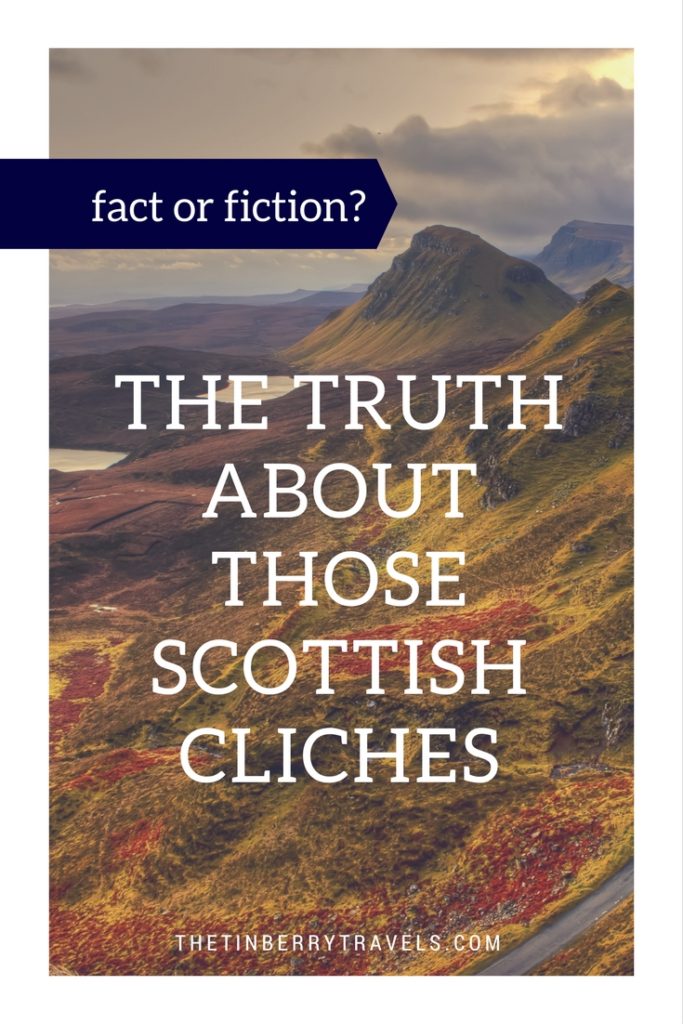