We recently decided to take a day trip to Ayrshire on a spur of the moment we-need-out-the-house decision. Our first thought was finding a nice place to walk or maybe climbing a hill but our road trip ended up taking us along the back roads towards Largs, but spotting a sign on the road we decided Saturday adventure would be at Kelburn Castle and Estate!

Having both visited the Kelburn Estate  as children (or Country Park as I think it called itself back then) we were eager to go and relive some of the fun we remembered. One of the big attractions of Kelburn is the Secret Forest trail of magical sculptures which was our strongest memory of the park from childhood but we were keen to see if the reality could live up to the memories.

Our first nice surprise was the entrance fee. Visiting in September, admission was reduced as part of the winter season to just £5 each. Our first stop inside was actually the cafe to sort lunch before exploring the park. We got ourselves a burger which wasn’t the best but probably inline with something you’d get out a van. The setting however was lovely and we sat in among the courtyard buildings in the sunshine to enjoy our meal.

The Kelburn Estate has many different sections so our first challenge was to try and figure out the most logical route around all the attractions which for me, meant a beeline for the animals!

With so much space throughout the estate, that means there’s plenty of space for farm animals and even the option to feed them. There are inquisitive goats, giant rabbits and some particularly friendly geese, as well as my favourite creatures, guinea pigs who were highly disappointed not to be getting fed.

Next stop after making new friends was the adventure playground. This is a pretty vast wooden construction with plenty of ropes to climb, obstacles to clamber over and bridges to cross. It’s great fun but is definitely showing signs of wear and tear with certain sections now closed off. Although it’s still a great way to spend time (and realise you’re not quite as flexible as you used to be) but it could probably use a little bit of carpentry care to bring it up to its former glory.

We thoroughly explored every inch of the adventure play park, mostly by ourselves but there was the odd child around to point out that it was fun for them too! We eventually moved on to see what else the park had on offer once a few kiddie winkles arrived and and left the the climbing and clambering to the littler children.  Don’t they realise that these things are for serious adventurers? 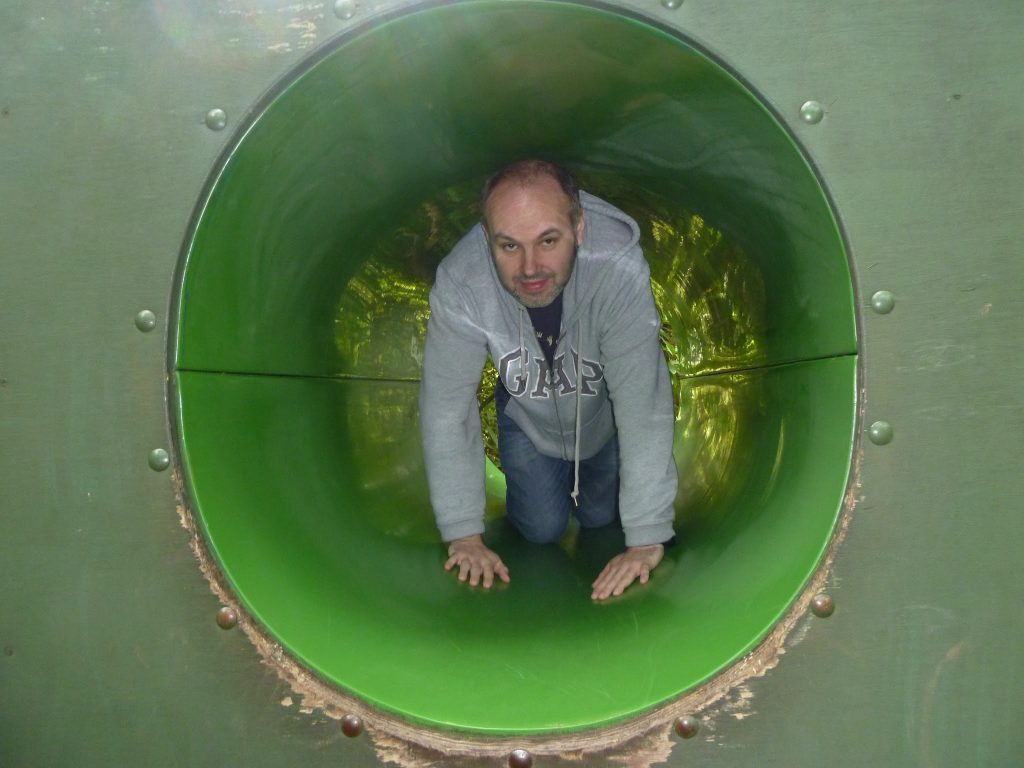 Beyond the playground we stepped into the woods where we would spend the majority of our time. The Secret Forest all manner of features including some terrifying carvings, huge towers to climb, a witches house and even a maze. It all has a slightly home-made feel to it but that actually adds to the charm. It really does feel like getting lost in a fairy tale. 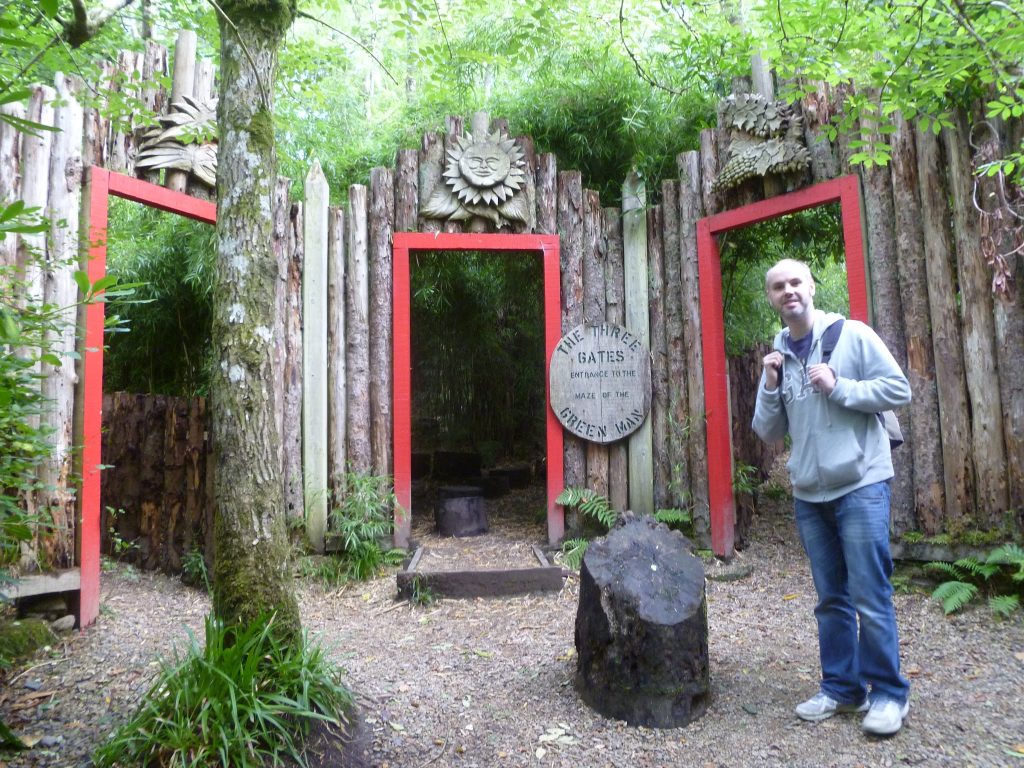 As well as Teeny Wennie’s minture house (I think there must be a copyright on Tom Thumb), a very Hansel and Gretel-style gingerbread house and very Peter Pan-esque Crocodile section there was the odd creepy sculpture lurking in round a dark corner or a perfectly positioned mannequin to really make you jump so it’s not all fairy dust and fluff.

As well as all the forest adventures there is some history of the estate on show in the small museum. With farm equipment from the estate, antique furniture from the mansion house and lots of international items from the collector’s travels. Sadly the museum is a little run down and things are in desperate need of tender love and care to stop them disappearing all together under the dust and sadly occasional mould in the glass boxes. 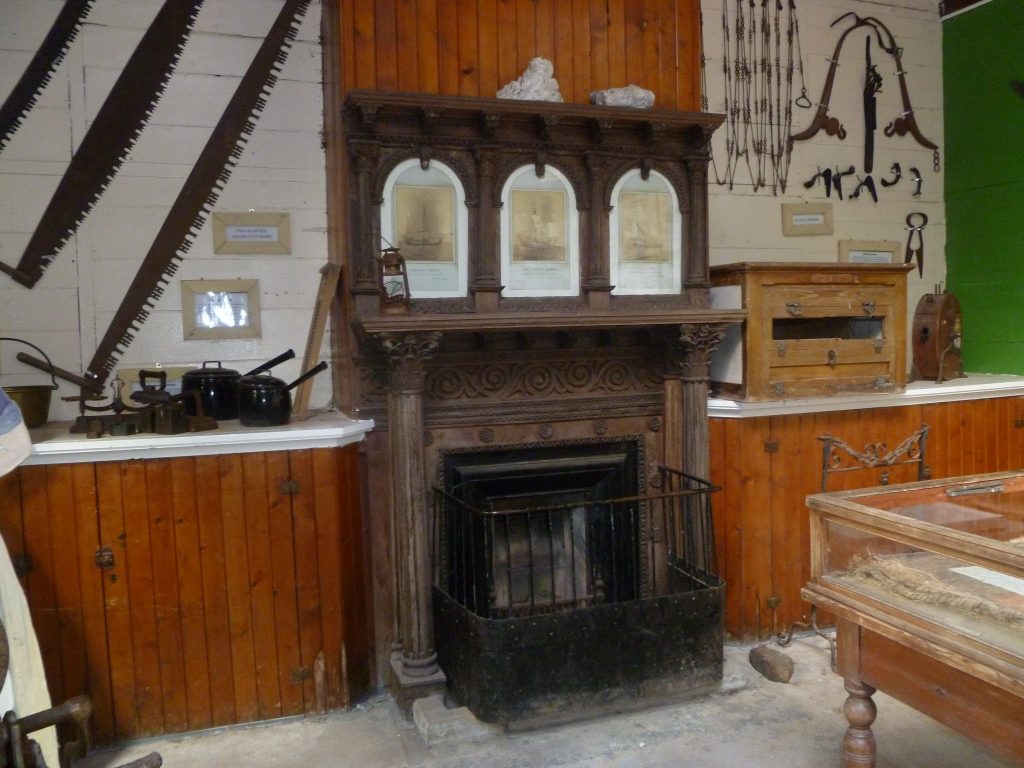 In addition there is a rather odd section next door to the museum with old photographs and pictures set up in a bar and outdoor lounge artwork piece which we didn’t really understand and actually didn’t look very good but it didn’t take too much away from the rest of the day and there was another exciting artwork to make up for it.
Last but certainly the not least in of course the ionic Kelburn Castle. What makes it so famous? Well just take a look! 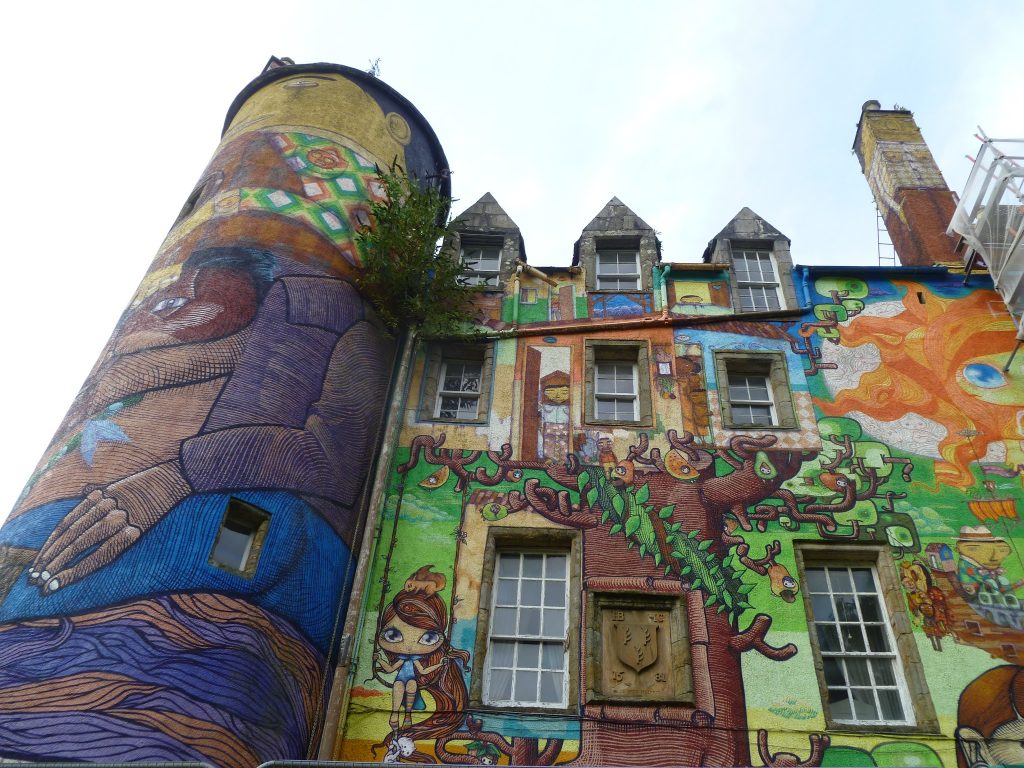 Kelburn castle is covered in graffiti work making it exceptionally bright and colourful and certainly a fun contrast with the historic Scottish castle that hosts it. The work was carried out by Brazilian graffiti artists and provides “contrasts and collaboration that bridges between cultures, rural and urban realms and unites two proud and very different cultures” according to the Kelburn site. We definitely agree and the longer you look at it the more little quirky things  you see.

There is also perfectly pleasant gardens surrounding the castle to wander through and see all the different angles of the colourful building as well as country paths off into different sections of the estate. We wandered along short one to a quite impressive waterfall just adding another highlight to an already exciting day.

Certainly a full day activity, Kelburn offers something for everyone with animals and outdoor fun for kids big and small, some history and some amazing artwork on the Castle itself. Sadly there are bits that feel a little worn but we really feel it would take a lot to bring it up to former glory. We still loved out day playing in Kelburn Castle and Estate. We had great fun being big kids exploring the Secret Forest and the Adventure Play Area and you can’t beat making friends with cute guinea pig.

Kelburn Castle and Estate remains open through the winter season but best to check online for timings and holiday closures.

Have you ever visiting the Kelburn Castle and Estate? Or returned to a beloved childhood attraction? 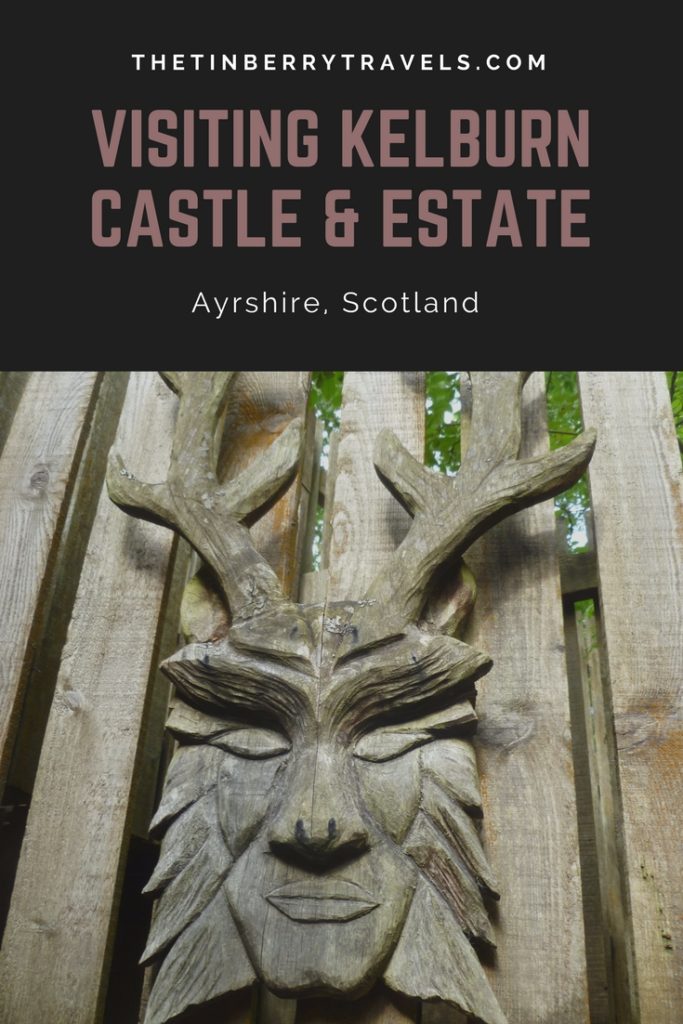