With another long drive from the Grand Canyon camp ground to Las Vegas I was looking forward to the promise of a nice shiny hotel that awaits me there. I was excited to have a lie down on a nice squishy bed and even have a shower before having to be social and join the other campers on a limo tour of the city.

It was an early start but I was awake anyway as there had been a bit of a deer invasion in the campsite but they see to only be in search of water and had no interest in sharing our breakfast.  It was another long drive and I still was not feeling 100% yet  after being quite ill at the Grand Canyon but there wasn’t much I could do so I just hoped for the best.

It was a day like so many others on our tour with lots more desert but this time round it had gotten ridiculously hot in the minivan but then it was ridiculously hot outside at 41C. Even so we stop at the Hoover Dam right on the state border.

Hoover Dam is an impressive structure and I’m glad we stopped but in just the 5 minutes walk from where the minivan was parked to the dam itself we all feel like we’d cooked. It really was not a pleasant experience. The large volumes of concrete the make up the Hoover Dam seemed to amplify the heat and the whole group only last about 10-15 minutes before we had to call it quits and head back to the slightly air conditioned vehicle all of us dripping in sweat. Delightful.

After the Hoover Dam it was a lot more driving but we did finally we get to our hotel in Las Vegas though we ended up waiting forever to check in and so I only had a few hours in my hotel room before I had to head out with the group. I got very confused about the time change having crossed from Arizona to Nevada and ended up being a little late but it luckily didn’t seem to make any difference.

Our limo arrives which is turns out is not a limo at all but a party bus complete with stripper pole -thankfully no stripper is included. A loud party was definitely not what I’m up for as I’m still recovering from being ill so a party bus only makes it worse. It’s interesting to find out what things make you realise age gaps. Being older that most of the other campers and our driver (who only gets louder and pushier with alcohol) I definitely seem a dinosaur to them for not wanting to get wasted and dance on the pole in the party bus. 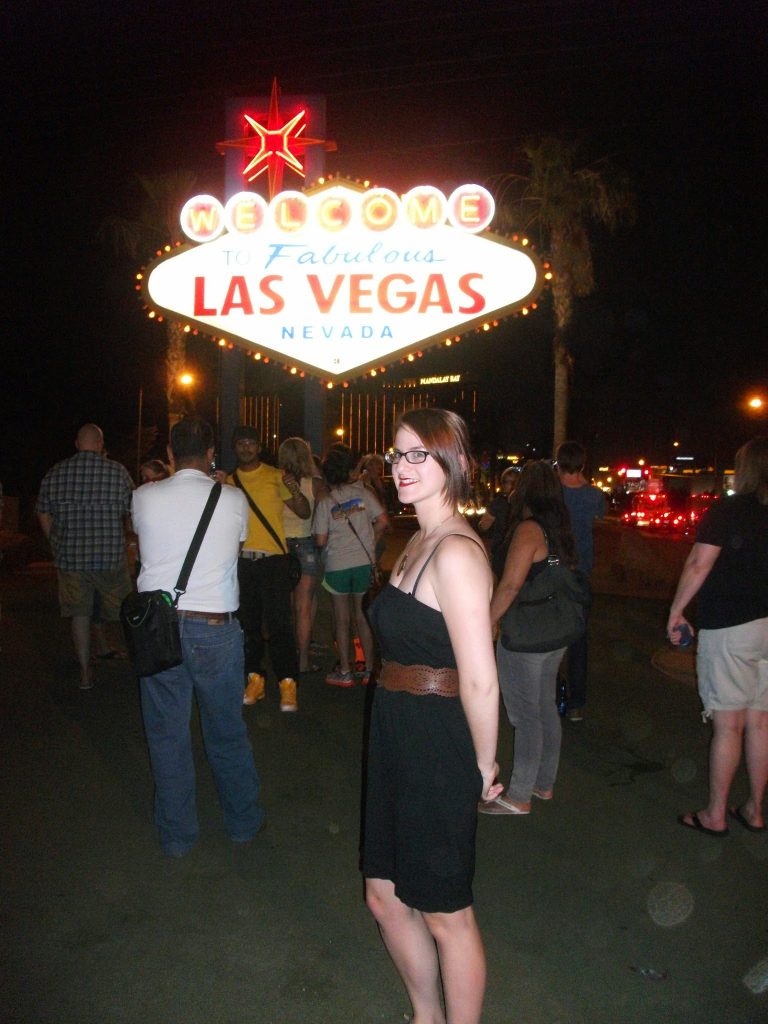 Our tour did included some nice spots of the city lights but also a fair bit of highway as our hotel is  actually located in Downtown Las Vegas rather than the Las Vegas Strip. For me a photo under the Las Vegas sign made up for the noisy limo ride but the tour ended in town so being left at a random club on the strip wasn’t really helpful for those that didn’t want to party. Unfortunately, this did only consist of me and one other fellow camper who was only 19 was also definitely not enjoying her Las Vegas experience since everyone else headed off to party and she was left abandoned with me due to being underage. We headed for a quick walk about but neither of us are really feeling up to it so we end up hailing a cab to get back to our hotel which ends up costing $20.