My first day in Las Vegas, started with a nice long lie in. My cozy bed feels like heaven after recent sleep on a roll mat on the ground. But I still manage to make the most of my day in Vegas and was out by 11am to start exploring…

Having researched the best modes of transport I get the all day hop-on-hop-off bus service which loops around the city and is really the only option for getting to the Las Vegas Strip and back from Downtown where our hotel in located.

I also planned a route to follow and a list of all the casinos I wanted to check out. Though I had seen a few on our limo tour in Vegas the previous night I wanted to head inside some of the fancier establishments and catch a few of the shows.

It turned out Las Vegas was pretty hot as I’m sure you can imagine but it didn’t deter me from going wanders. I made sure to hit all the big names including the MGM Grand, Caeser’s Palace and the Bellagio (if you don’t know Las Vegas just watch Oceans 11 or an episode of CSI).  While the outsides of the casinos may be elaborate the insides are unbelievably big, most with shopping malls and restaurants or massive art displays. I can also strongly vouch for the idea that casinos are designed so you can’t find the exits!Las 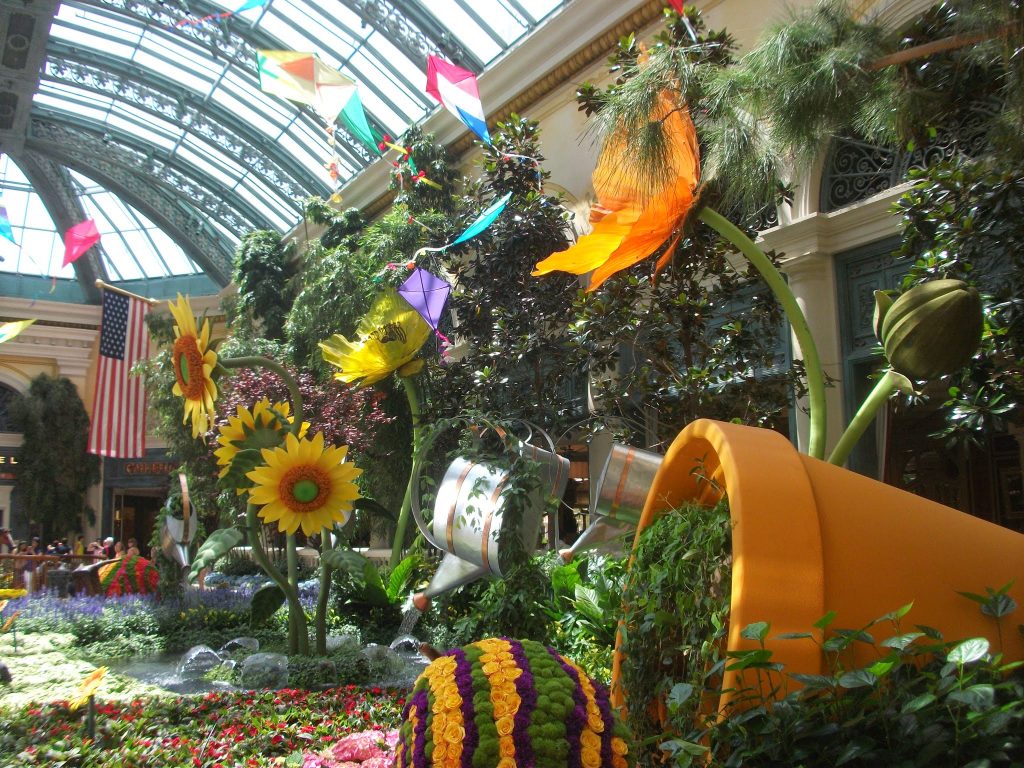 I spend most of my day wandering around the world of fake that is Las Vegas with its pyramids and Eiffel tower and the gondolas at the little Venice set up and actually I quite like it. I find it all very impressive.

After splitting my day up with a rest and an evening meal I head back out to see night time Vegas and in particular catch a circus show at Circus Circus and the Bellagio fountain show as well.

Even though I was not drinking or partying and gambled a total of $3 in Vegas I actually really enjoyed my time here.