After packing up and departing Las Vegas, leaving the luxury of our hotel stay behind, we clambered back into our stuffy little minivan for a full day of driving, and only driving, to our camping spot in the Sierra Nevada. Only it turned out a tad more eventful than planned.

This would have been a very nothing day where the highlight of the day was a food shopping trip but it turned out a little more eventful than planned with one of the group taking very ill.

After many hours on the road and only a few sand tornadoes to keep us entertained we had stopped for lunch in just about the middle of nowhere.  We stop for supplies and to have some lunch in the town of Tonopah which is out in the Nevada desert with nothing either side for hours.

It’s a pretty nothing place but during our stop one of the girls we’re travelling with gets a nose bleed. She assures us that it’s normal for her and she normally gets them so we’re not worried to start with – though I’ll admit I was a little more concerned than others. After an hour and her nose is still going and having stuck a tampon up her nose in an attempt to stop the bleeding also proving unsuccessful it’s decided we need a little help a trip to the tiny town emergency room for everyone.

In the end she was fine but only after getting her nasal passage clotterised (which sounds truly horrid to me!). It turned out the town of Tonopah is actually at a ridiculously high altitude and lots of people passing through get nose bleeds so the ER is used to it. Definitely a scary moment though and scarier to think had it happened at some other point in the day we would have been miles out in the desert. 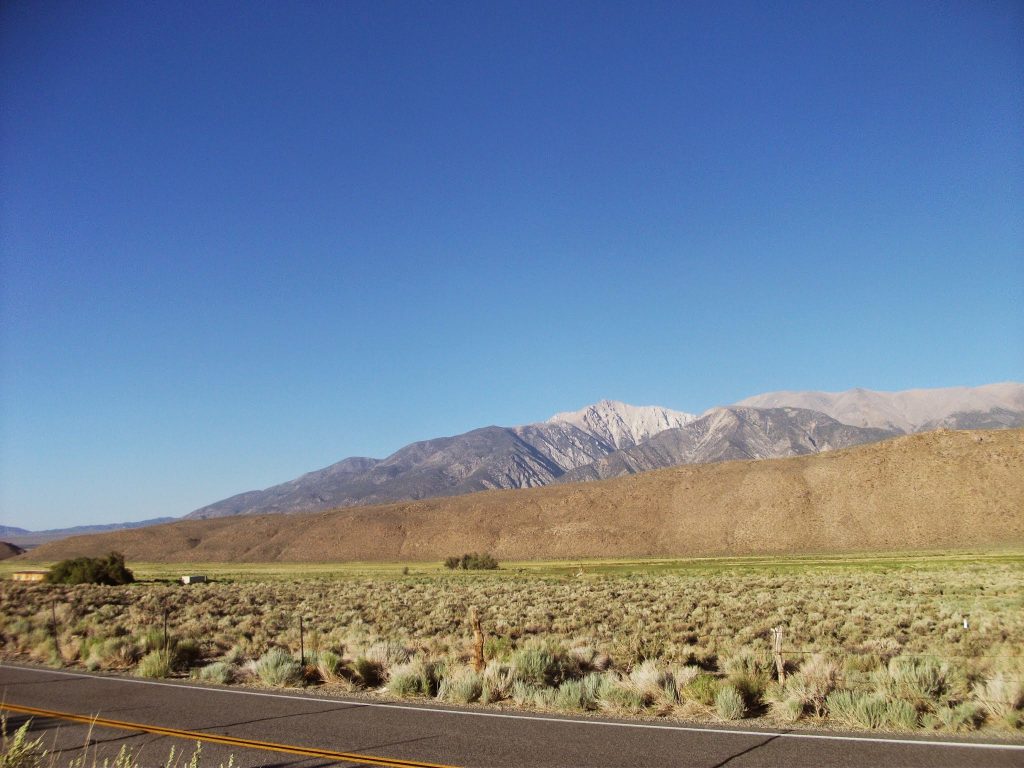 After the lunchtime excitement we got back on the road for many more hours of driving and eventually arrived on our campsite in the Sierra Nevada. Only it isn’t really a campsite so much as a field. No running water and only portaloos this is certainly a basic site.

Since there’s not much to do I head to bed early but actually wake up a few times through the night to some very odd sounds.  What odd creatures could have been snuffling around our campsite? Guesses are we were visited by some local buffalo!