After packing up our campsite in the Sierra Nevada we hit the road yet again but the destination?….Yosemite National Park! And I was excited.

It was not a long drive from our previous night campsite but as our next camp spot wasn’t open to new residents until late in the afternoon we decided to stop at the Mariposa Grove of Sequoias on the way into the Yosemite.

Located at the southern end of Yosemite National Park, Mariposa Grove contains hundreds of mature Giant Sequoia trees and is the largest grove of these trees in the park. The site has easy walking trails so you can get up close to these giants of nature and even walk through a few! 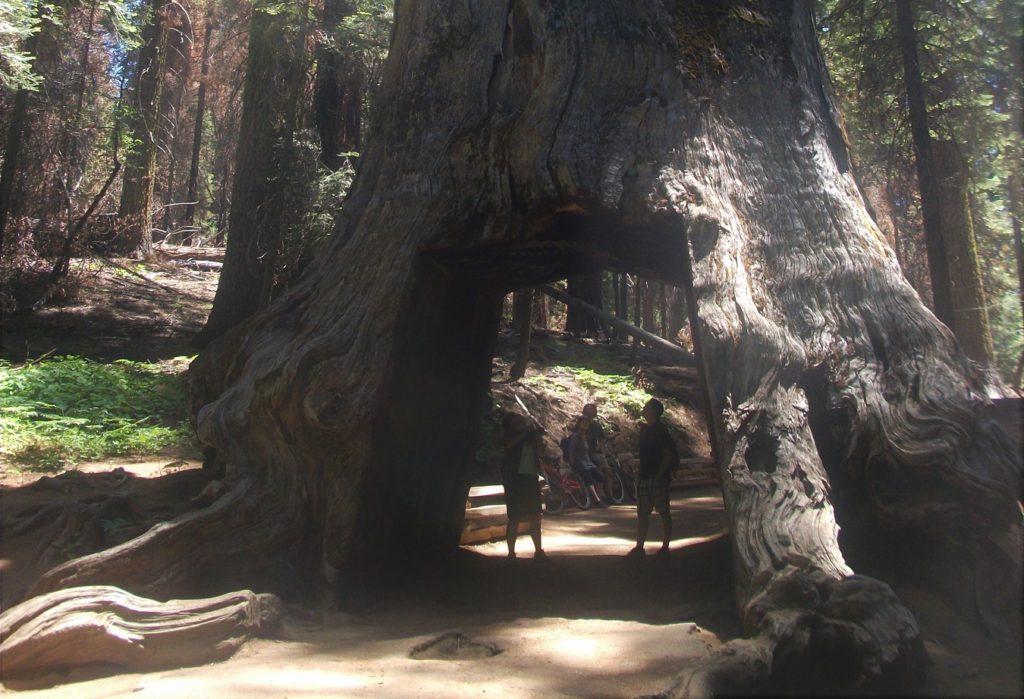 We headed out for a quick walk which we start as a group but I stop for a few photos by which point the rest of them have disappeared back along the route we came on. Unfortunately, though it was downhill on the way there and very very uphill heading back to our minivan. Somehow the others seem to have super powers and are well out of sight within a few minutes which I definitely don’t appreciate and is actually rather worrying to be completely alone wandering in Yosemite National Park. Though I stick to the path and there’s not really anywhere to take a wrong turn,  I was confident that, if it came to it, my lovely driver would leave without me and not even notice I was missing for a couple of hours. 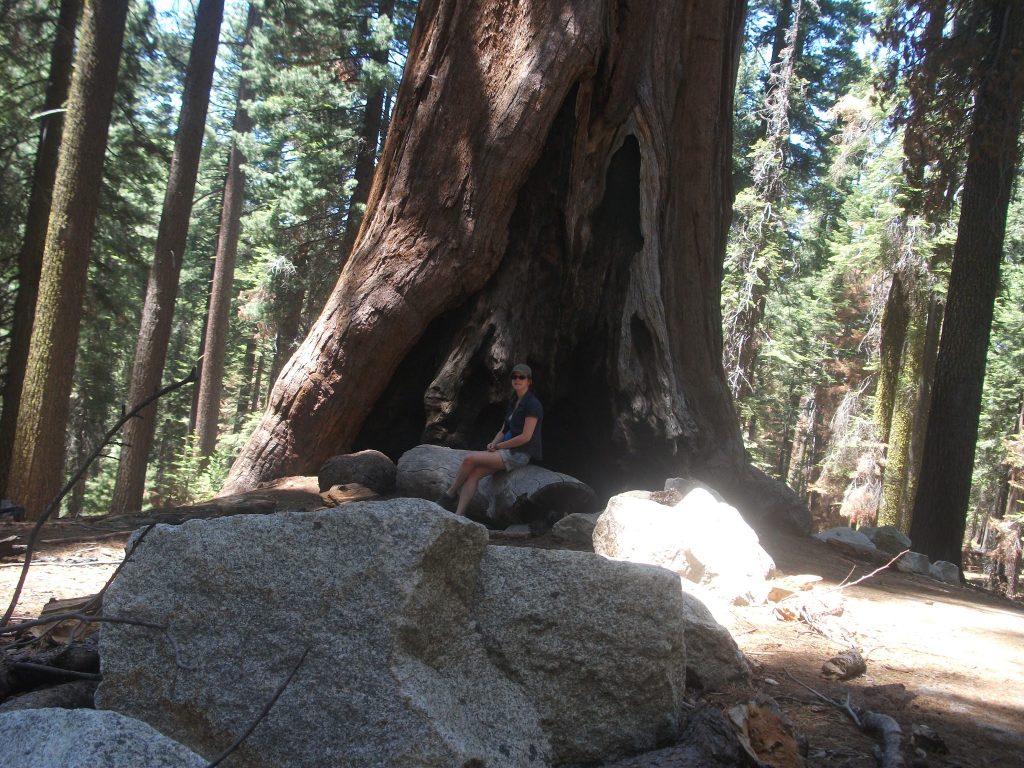 Luckily, my group had decided to stay in the Mariposa Grove car park for lunch so I hadn’t been left behind but I wasn’t best pleased anyway. I’m never a fan of group travel and such incidents definitely don’t help. I much prefer being on my own time schedule, seeing things at my own pace and not having to cut my outdoor fun short in order to keep up with others.

After our lunch stop we were not too much further to our evenings campsite which was a pretty basic set up but there are showers. Unfortunately, despite what our favourite driver had promised, there were no laundry facilities. By this stage I was now wearing my last of everything and camping had been pretty dusty so clothes were not just worn but mucky and, as it had been pretty hot, they’re kinda sweaty too. There’s were quite a few of us all in the same boat and so having been promised there would have been laundry we stage a coup and end up getting our driver to take us to a nearby motel in order to get some washing done. Another example of the nuisance of being on other peoples schedules and the issues of relying on their information. On the up side, those cooking dinner tonight made a very tasty meal which was quite impressive with just the gas stoves.

Have you ever been left behind on a group tour or thought you had been?