Two of the biggest buildings you will see in the Toronto Skyline is the CN Tower and the Rogers Baseball stadium. I decided to visit both in the same day but started with a very early morning in order to avoid the two hour queues at the CN Tower that develop during the day.

Rather than buy admission on the day I purchased my ticket to the CN Tower online to take advantage of a 10% discount. Buying online also help speed up entry to attractions but with such a popular spot I still made sure to get there before 9am to beat the queues. So after the long walk to downtown Toronto it turned out no-one else gets up early and even after 9 there was only about 10 people at the tower. This worked out well for me because it meant I got an empty attraction to take all my photos without getting squashed or rushed. Early mornings do pay off!

The view from the top is amazing but getting there isn’t so fun. First off going through security which is much more impressive than any airport I’ve been too and then getting up there. The CN Tower boasts of glass elevators and even a glass section on the elevator floor which is quite unnerving. But actually more so is the speed at which the thing goes up meaning your ears pop multiple times similar to take off in a plane. 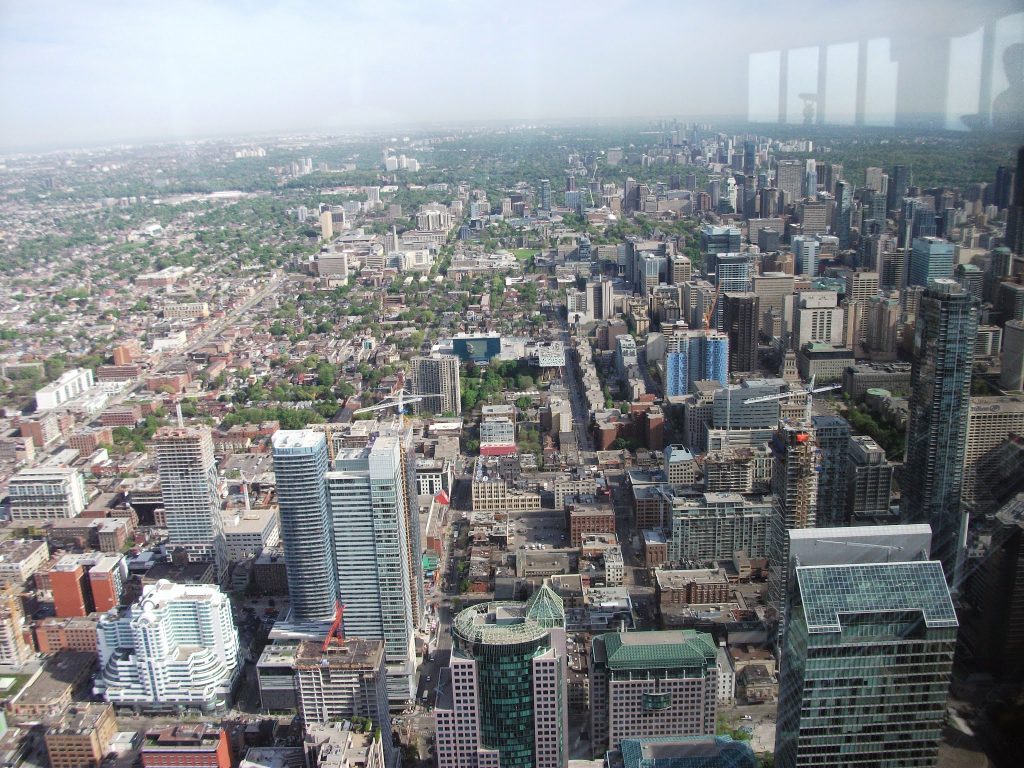 As it was another clear sunny day on my visit you can see a great distance from the tower but it was very windy should you chose to head outside the observation deck. I did so briefly but didn’t last long.

Of course the famous thing about the CN Tower is the glass floor which is a little falsely advertised as it is just a few panels on the floor. To my surprise it took me a long time to stand on it but I guess that’s human instinct kicking in. But eventually I was quite happy to walk over and even sit on it as evidenced in the photo. 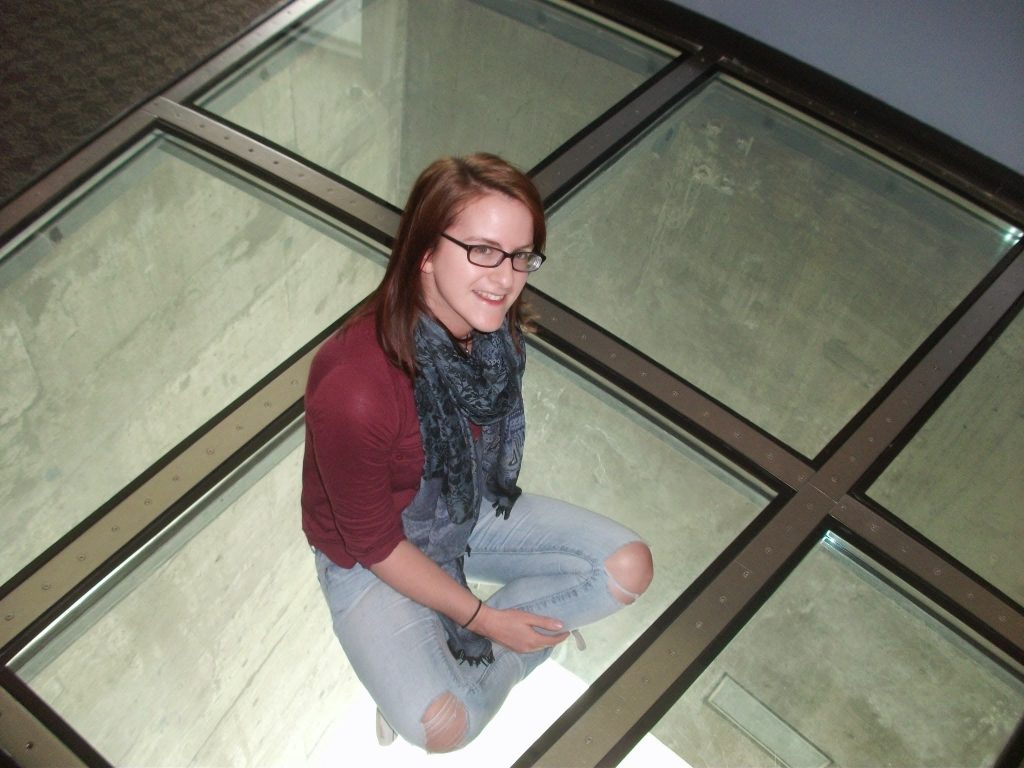 It is a great view and there’s plenty of info on the tower once you’re up there but the same with all such “tallest tower” attraction I’m always left thinking is a view really worth the ticket price. Even with the online discount the ticket ended up $34 including tax and that was for the general admission only, add another $20 for the Skypod, which is an additional level higher up. Of course if you’re really brave you can also go for the EdgeWalk where you can shimmy around the edge of the CN Tower while attached to a rope. I spotted a few of these daredevils while I was in Toronto and I’m still not quite sure if it is super brave or just nuts. If you fancy giving this option a go you’ll need to part with more than $200

Sticking with mu General Admission ticket I can now say I’ve sat on the glass floor at the CN tower but I had to part with quite a few pennies to do it. Although I’m still unsure on whether it was worth it I do still plan to head up the Empire State Building in New York cause hey its what you do.

Have you ever experience a tall tower? Were the view worth the admission cost?