It’s been decided. I have found where I want to live and it’s the Toronto Islands, Canada.

I instantly felt at home in Toronto but with so many places to visit it was difficult to figure out how to split up my time with less than a week in the city. There was, however, one place I loved so much I visited twice doing my short stay – The Toronto Islands. The islands are an archipelago of 15 interconnected islands just a short hop from Toronto city and here’s just some of the reason’s they’ve become one of my new favourite places and why you’ll love it too!

The City Skyline from the Toronto Islands

As soon as you board the boat at Jack Layton Ferry Terminal you know there are going to be some epic views. During the 15-minute trip over to the Toronto Islands don’t forget to look back to get spectacular views over Toronto. The amazing city just seems to loom up out of the water and sparkles in the sunshine with the unmistakable landmarks of the CN Tower and the Rogers Centre easy to see.

Once you’ve made it to the Toronto Islands there are plenty of spots to get awesome images of the cityscape. Try Centre Island to capture the iconic buildings framed by the island greenery. 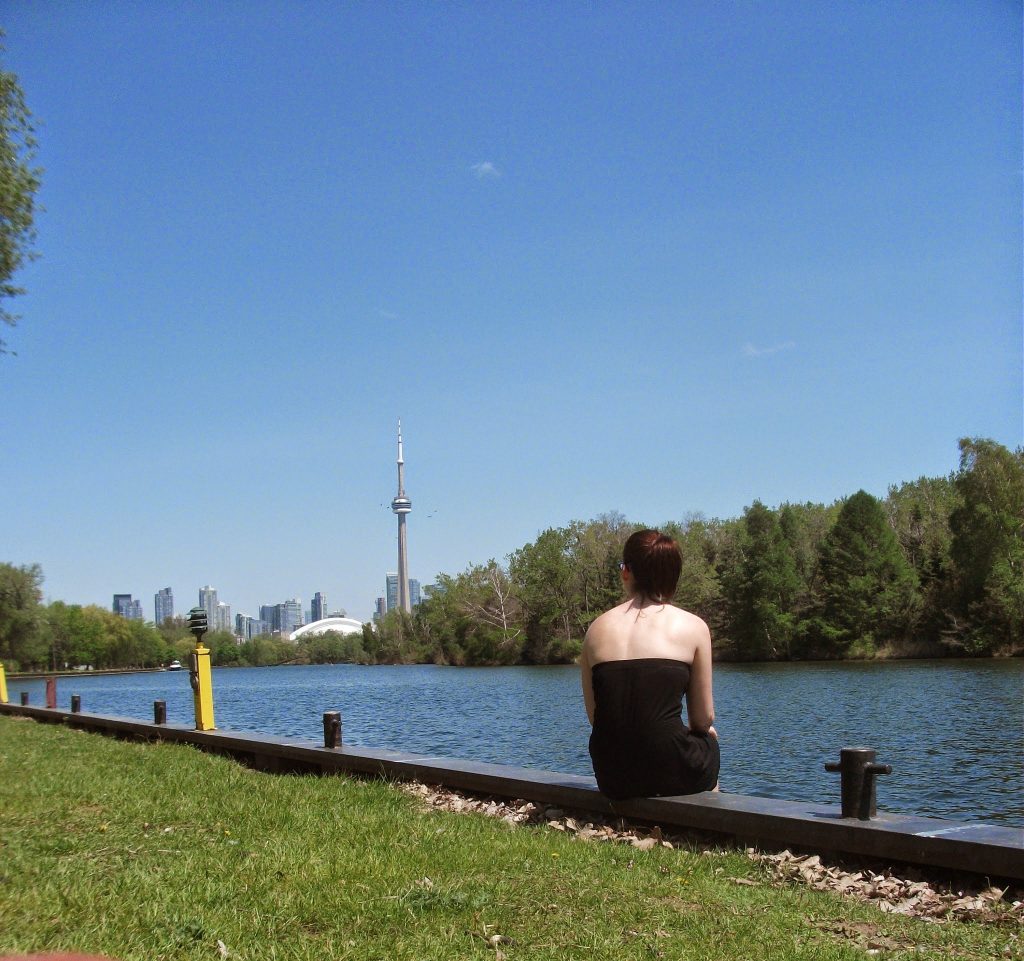 Not only is this the best spot to view Toronto skyline but the Toronto Islands are home to a number of attractions including a small theme park, animal park and gardens.

Centreville Amusement Park is a theme park aimed at small kiddies but is actually a lovely place to walk through even if you don’t have little ones. With lots of traditional rides such as bumper cars, log flumes and an antique carousel it has an otherworldly fairy tale feel. There’s an abundance of snack vans too so if you’re in the mood for a sugary treat here is your best bet.

Also located on Centre Island, Far Enough Animal Farm is also a great spot for families or just those who fancy making some furry friends and the farm has more than 40 different species, with goats, pigs, donkeys and lots of bird life. My first spot on the island was supposed to be the beach but having discovered the petting zoo en route I became somewhat delayed. The zoo is also free of charge. 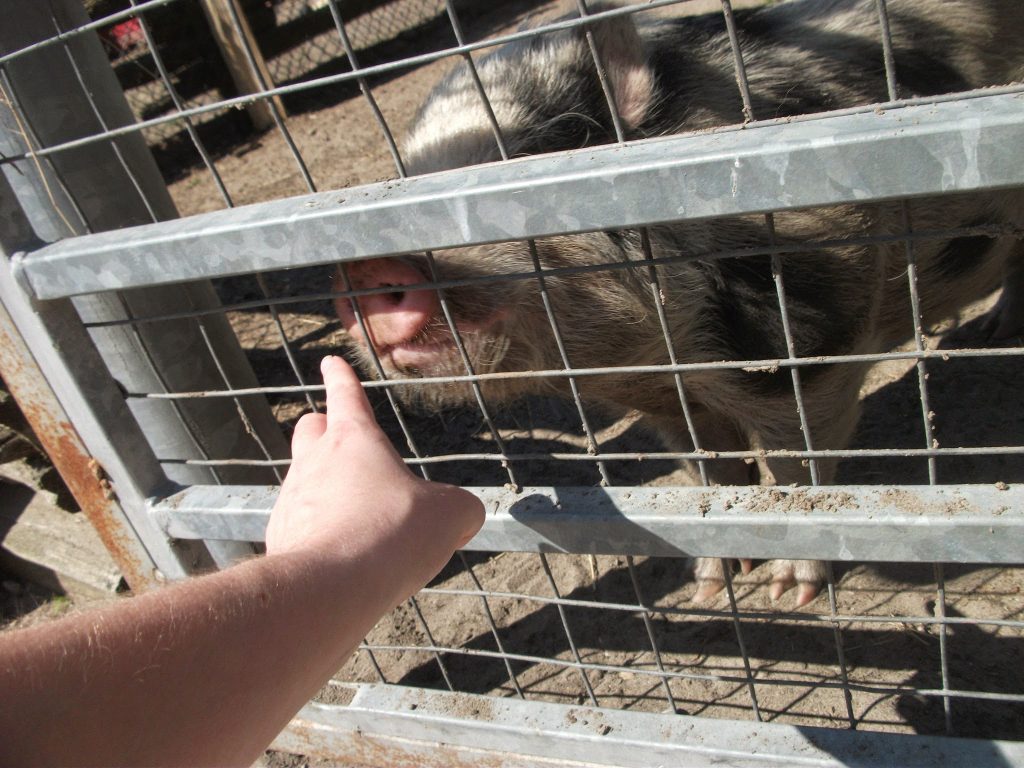 If you think you’ve got the puzzle skills then you can give the William Meany Maze a go. Originally created in 1967, the hedge maze has undergone a bit of a regeneration in recent years so is worth checking out.

If you’re looking for some local history, take a walk to the Gibraltar Point Lighthouse. One of the oldest buildings in Toronto and the oldest lighthouse of the Great Lakes, the site of the lighthouse has a few stories to tell so make sure to read the info boards to learn about it’s construction, upkeep and one mysterious death of the lighthouse keeper….

Franklin Children’s Garden is a great place for short walk. The gardens are based around a children’s story book and the main character of Franklin the Turtle but with plenty of paths lined with bronze statues and pretty spots for a quiet sit down it’s simple a lovely spot on the Islands. And you can definitely escape the buzz of the nearby city among the trees.  The sections of the garden also have the most adorable names such as a vegetable patch known as the Little Sprouts Garden and be sure to follow the Snail Trail through the meadow fields.

Despite their small size, the islands have a lot of beach on offer and even better, each is served by it’s own ferry service and typically achieve a Blue Flag rating each year.

During my visits I spent most of my time on Ward Beach which is the smallest and furthest away of the beaches on the Toronto Islands but it meant I got to walk along the boardwalks which seems to run the entire length of the islands. If you don’t feel like a long walk you can take a ferry to the beach or utilise the bike paths. 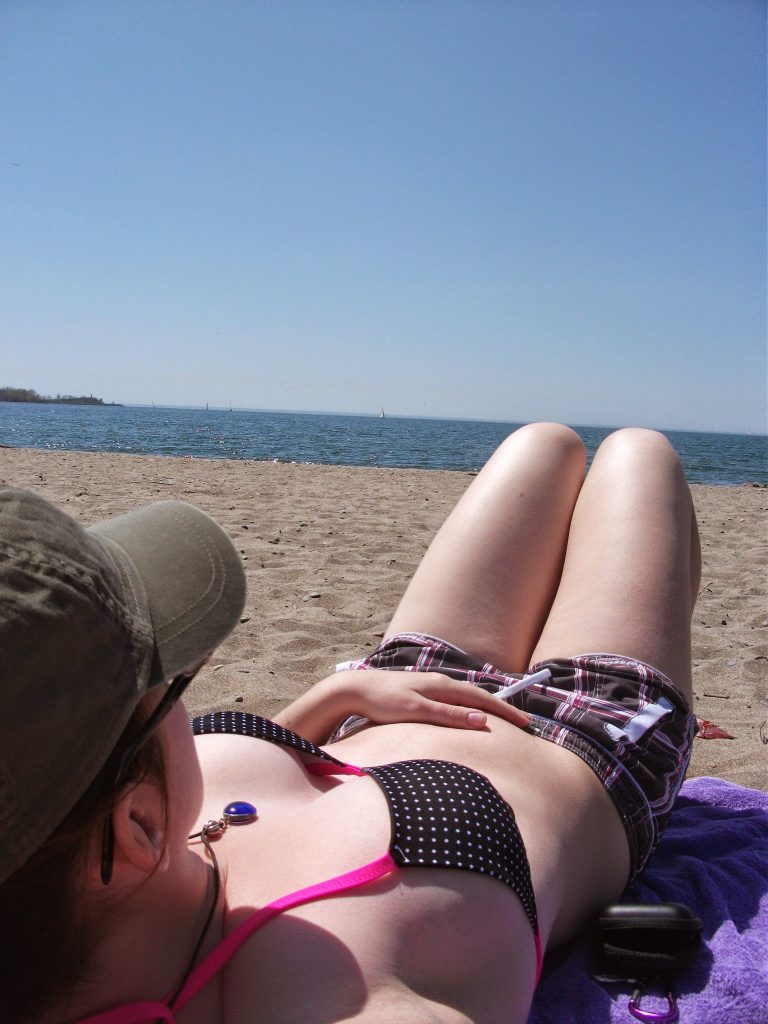 Ward Beach is fairly quiet and so a good spot for lunch. It may seem a little breezy as it faces out onto Lake Ontario but after a few minutes you definitely won’t be feeling the chill. I spent a few hours sunbathing here which is something I don’t generally do and in this case turned out to be a bad idea as by the next day I was looking very burnt. As the islands are a little further out and get the breeze first, it may seem cooler on the Eastern edge but remember to keep applying that sun cream to avoid the lobster look.

If you’re looking for more beach activities stick to Centre Island Beach and the neighbouring Gibraltar Point Beach which have more changing facilities, equipment hire and the convenience of near by food and drink options. But if you’re feeling a bit bolder then Hanlan’s Point Beach has a clothing optional policy so if you’re brave enough to bare all then this is the spot for you!

Sport and Activities on the Toronto Islands

If you’re not one for lazing on the beaches then there are plenty of options to be active too. One of the most popular activities is cycling around the islands. As the whole of the Toronto Islands are car free you won’t need to worry about holding up traffic. Bike paths and trails are plentiful and connect each of the 15 different islands. The views are amazing no matter which route you opt for so remember and take your time.

If water sports are more your thing then kayaking and stand-up paddle boarding, both around the islands and on the sheltered waterways that run through the archipelago, mean there is something for beginners and the more adventurous.  Volleyball is also a popular activity and you’ll find volleyball courts at Hanlan’s Point.

If you have your own stuff, you can head out on the water or get going on those bike trails but if not there are plenty of rental options on site to let you explore.

How to get to the Toronto Islands

So now that you’re sold, how are you going to get there?

The easiest way is by Ferry from the Jack Layton Ferry Terminal which is located on Bay Street. Ferries from here operate to three different points on the Toronto Islands but run on a seasonal basis. During peak summer season visitors can choose between Ward Island, Centre Island and Hanlan’s Point but the service is reduced to Ward Island only during winter months.

If you’re feeling flash or happen to know a friend with a yacht then you can also book a space in the Toronto Islands Marinas or head for a sail around Lake Ontario. Billy Bishop Toronto City Airport is also located on the Islands and several regional flights and a number of seaplane services operate from this location.

Have you ever instantly fallen in love with somewhere while travelling? 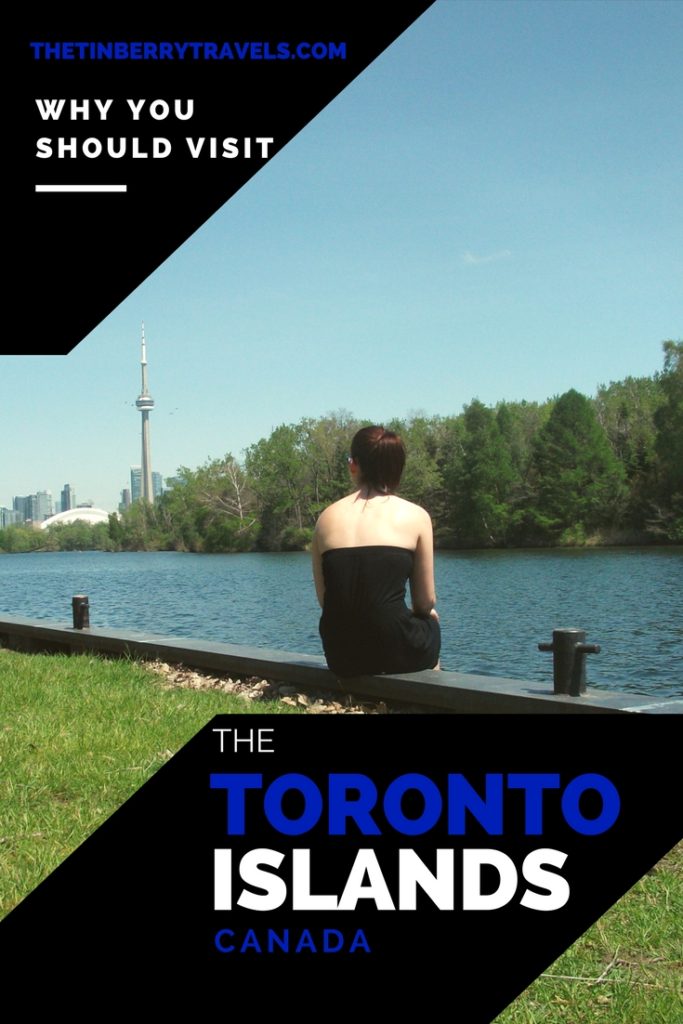