Having spent an expensive early morning at the CN Tower my evening in contrast is a very cheap one with a $11 ticket to a baseball game at the Rogers Centre. It may be classic American tradition to head to a baseball game but hey I won’t turn down a cheap ticket in Canada.

So with no clue to the rules of baseball or whether the home team, The Toronto Blue Jays are any good I head into the stadium at 7pm. By 10pm I am still none the wiser.

By the time the game started the stadium was completely packed and this was on a Monday night in the middle of a two week run of games with one every night. These guys must be really into their baseball. The match was started with both the Canadian and US National anthems and then this is where I got lost. 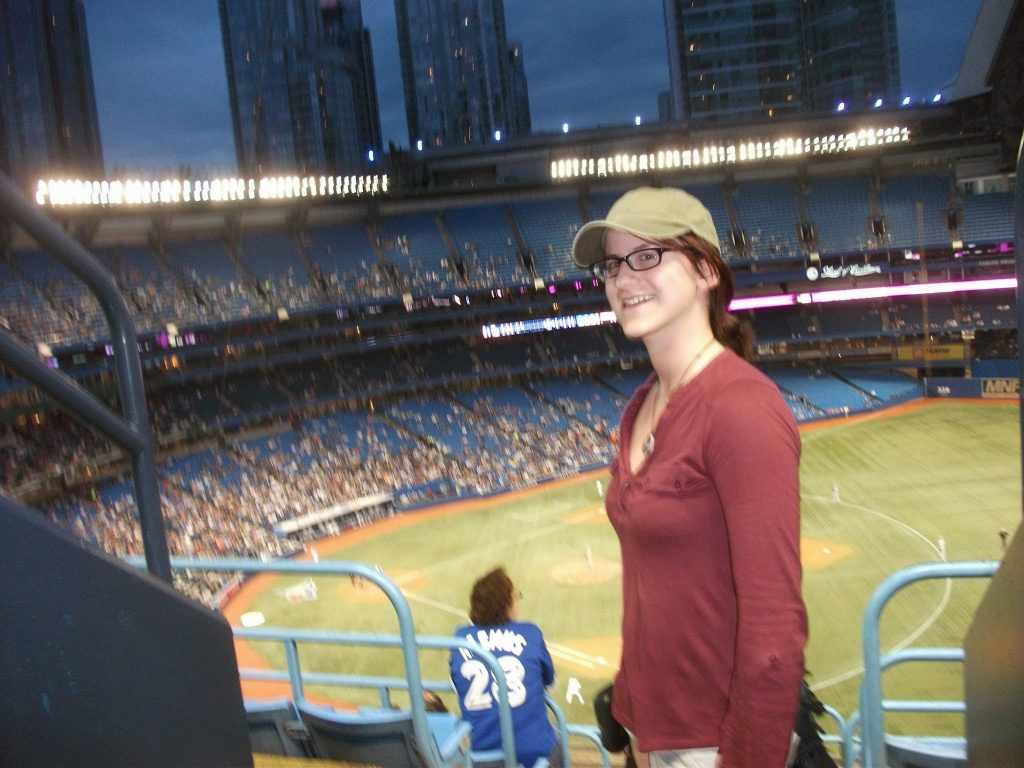 To me there seemed to be no structure to the game no matter how hard I tried to make it like a game of Scottish Rounders it just didn’t fit. Every time I thought I had figured out how many throws you were allowed it seemed to change and similarly the three strikes and you’re out cliche didn’t seem to work either. What I did learn about both The Toronto Blue Jays and their rivals the Tampa Bay Rays was that neither could hit a ball to save themselves. This is not the baseball of film and tv. No out the park hits and no home runs Never the less it was entertaining but after 3 hours I had to call it a night. How long to these games last? I have no idea who was winning but after those 3 hours I still hadn’t figured out the rules so I guess I’ll need to find someone to explain it next time.