Sometimes it’s all about being in the right place at the right time and on my first full day in San Francisco it turned out I was in for another bargain museums day at the California Academy of Sciences.

Doing even better than the Canadian ROM, where I managed to take advantage a severely discounted ticket, I’ve landed in San Francisco right before one of the California Academy of Sciences free Sundays which only happen once a quarter. Now this one is a big freebie. Had there not been a free day I would definitely not have visited since it was massively out of my price range at $48 a ticket! So opening at 11 am I decide to head to Golden Gate Park to wander around a little before hand only to find that at 9.30 there were literally hundreds of people in the queue. So after a quick change of plan and I joined it. I find out a little later that I was around 700th in the queue based on the museum staff tally. Who knew Californians loved science so much? It’s a long and very, very cold wait. San Francisco is not a warm city and even with my winter jacket on I’m frozen which was quite a contrast from Toronto the day before.

In the end it was worth it. It was cold and at times I didn’t think I was going to make it but once I got in to the museum and had thawed out a bit it was worth it. Once you’re in everyone makes a beeline for the planetarium tickets. I also managed to get one of these and it was a very impressive show. There’s plenty to see in the California Academy of Sciences – I got to experience an earthquake simulation, talked to some animals in their rainforest bubble exhibit and, probably my favourite, I got to (gently) stroke a starfish!

After a long day just spent in the museum I wanted to make sure to get the most out of my San Francisco Hop-On-Hop-Off tour bus ticket so I head to the city’s most famous landmark – the Golden Gate Bridge.

It’s very impressive and a good view from the road. My bus didn’t stop at the San Francisco side of the bridge viewpoint so instead I went over to opposite side looking back over to San Francisco or at least I would have been if it wasn’t so foggy. 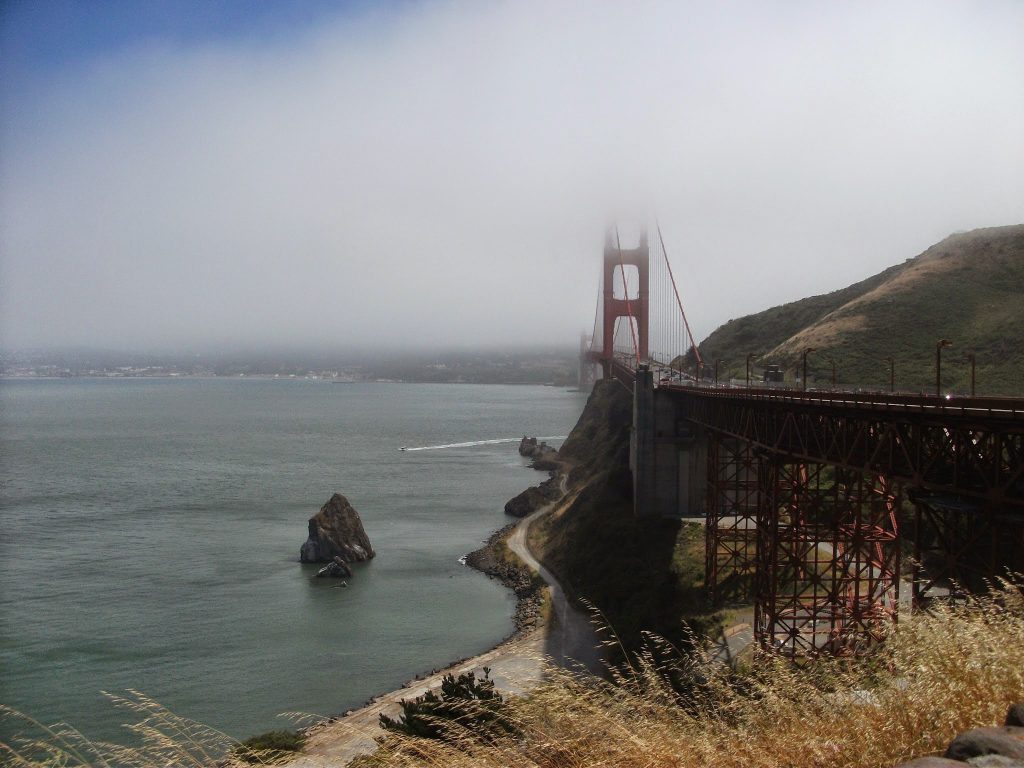