After a long stay in Launceston, I head further North to the city of Devonport. This is usually people’s arrival point off of the “Spirit of Tasmania” ferries from Melbourne but I personally preferred my 50 minute flight to a 14 hour overnight ferry journey but a lot of people travel on the services which depart both directions every day. Anyway, because of this big boat Devonport is known as “The City with Spirit”. Clever eh?

A few people have told me there’s not very much in Devonport and I’d kind of agree with them the town or city isn’t particularly interesting but the Coastal walk along the town edge, no this is awesome.

I spent a day walking from the port along the Mersey River to where it joins the Bass Strait. Along the way I stopped at the Spirit of Sea which, though it may sound like a brand of rum, is actually a big statue of (I guess)Neptune, who is looking inland towards the mountains and apparently represents the ties man has always had with both the land and the sea. There is a Vietnam War memorial avenue for the Tasmanian men who lost there lives in the war and the main thing to see on the walk is the Lighthouse and views of the coastline from it. From around here there are good views of the Mersey Bluff – as the name suggests an inlet ships often confused as The Mersey, both Back and Coles Beach and Westward to the Don Heads. Around the lighthouse there’s also an Aboriginal trail where you can follow the carvings made on the rocks. The coastal views round Devonport are very pretty even if the town itself really isn’t. 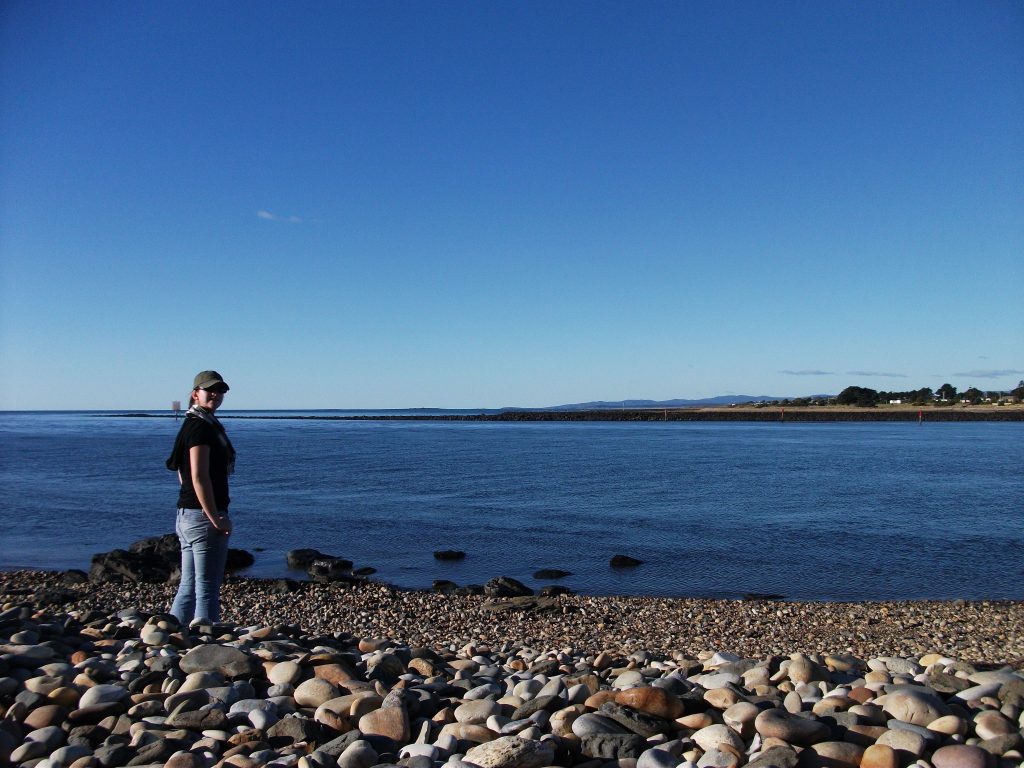 I also do the Don river circuit walk which perhaps wasn’t worth my 40 minute walk to get there in the first place. The river is in the majority a big mud plain andas cute as the millions of crabs that inhabit it are they only hold my interest for a short time. There is a railway museum along the track but it’s expensive to get in and I feel like I had already done the train thing in Launceston. Having alreadly walked all the way there and then done the circuit itself I ended up not bothering walking the long track out to the Don Heads as the thought of the 2 hour return time and then the walk back home was just a bit much for me.

While in Devonport I’m staying in a pub hotel instead of a hostel since all those in town are shut for the winter. I’m in a backpacker share room for $25 which is basically a twin room which I ended up having to myself. It’s a little odd being above what seems to be the social hub of Devonport with the bar, lounge and gaming rooms downstairs

Strangely even though the place downstairs is always packed it’s very quiet so it turned out a pretty nice place to stay. I was even the talk of the town for all of 5 minutes when I checked in since I stick out a bit with my giant backpack and I could hear all the locals asking my story at the bar. All the bar man knew was I was from Scotland ( from my driving license) and that seemed to bring some excitement to the drunken patrons of The Alexander Hotel.

Oh well back to hostels again and to the YHA in Strahan where I might be able to stay for free if they don’t have a minimum stay for the work in exchange for board offer I’ve seen advertised. Free is always good but if not there giving me dirt cheap rates for winter anyway. So to Strahan….