It’s always good arriving places in the middle of the night because then there’s the fun bit in the morning when you wake up and wander outside to find out where you actually are. My hostel, it turns out, is in North Rockhampton, across the river from the main ‘city’ and in quite a residential area. My first day I do my usual exploring and found the information place which on this occasion was a little odd as the tourist info is located in a big old building where they had all the lights off and one member of staff hiding in the corner loudly eating biscuits in the dark. I did not stay long.

Turns out there is plenty to do around Rockhampton but annoying no public transport to get to these attractions. Two of the things I want to do while here is go and see the Capricorn caves and head to Koorana Crocodile farm both of which are only 20km outside town but without my own transport I can’t get to them which very much sucks. I put a note up in my hostel and a few posts on backpacker forums and gumtree but in the end I never get a lift.

Despite this I book a tour for the following day which I know there is transport to. On the Sunday I do a full day cruise of Great Keppel Island off the Coast at Yeppon an hour away from Rockhampton. Great Keppel is one of the most southernly islands along the Great Barrier Reef and the first reef island I’ve visited. I get a very early morning bus to get the 9 o’clock ferry to the island before doing a glass bottom boat trip over the coral reef. Our boat meanders along the coral around Great Keppel and Middle Island in a protected area known as the Coral Garden. Usually the little information sessions that go along with tours are a load of rubbish and not particularly interesting but learning about coral was actually quite good. The weather wasn’t the best and because it was an overcast day we couldn’t see the colours of the coral as well as on a sunny one but the different structures and patterns alone are quite amazing. We could see the reef fish hiding and swimming along the coral tops and later there was a fish feed over the edge of the boat which got a lot of the bigger fish out to play.

After the glass bottom boat we had time to walk about part of the island before a beach barbecue lunch and cruise round some other near by spots including Monkey Point where if you look at the rock formation from a certain angle you can see a baboons face. A few on the boat went snorkelling for an hour. I have come to realise that sadly I can’t do snorkelling. Just another one of those annoyingly things of not having contact lenses. Snorkelling mask can’t go over glasses and if I take them off I’m too blind to see anything so there would be no point. But I fear not as further up the coast there are several underwater observatories and plenty more glass bottom boats so I’ll see the fishes that way. Though I was a little jealous of one woman on the trip who got to swim along side a giant turtle. After the snorkelling and a bit of boom netting- where they just stuck a net out the back of the boat and you either sit in it or hold onto the end and somehow enjoy the the bubble effect it creates, we headed back to land for another little walk and afternoon tea before the journey home. 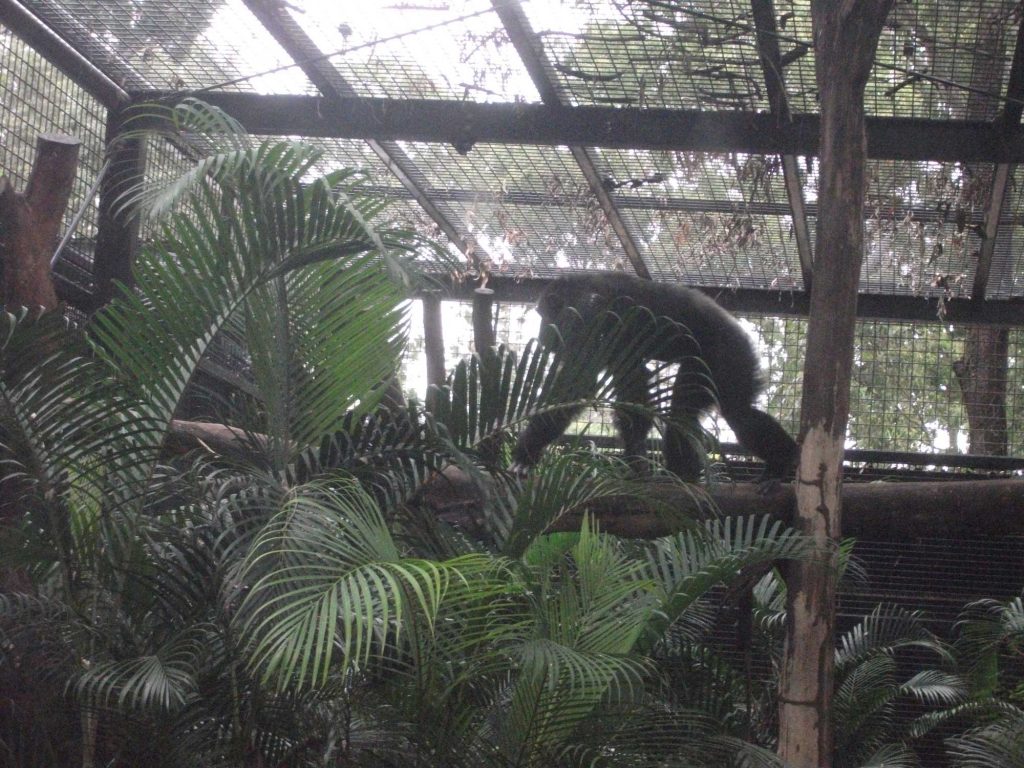 Day 3 and it’s pouring with rain so I guess doing the island trip in overcast conditions was better than in the wet. I headed to the Rockhampton Botanical Gardens and Zoo. The entire place was deserted and it felt like I was walking around a ghost town, I only seen one other set of visitors while I was there but I guess thats what you get on a rainy Monday afternoon. The zoo is free entry and actually not too bad if a little run down in places. All the usual Aussie animals and then for some reason a big monkey section with chimpanzees and macques which clearly is first to get the money with the shiny big enclosures compared to the makeshift fences of the wallabies pen. I made a friend of one of the chimpanzees who managed to mock an older couple who where there. Coming up to the glass and knocking in the window the man on the outside laughed and knocked back. The chimp steps back and pouts and the couple copy him and finally the chimp smiles and claps his hands and the couple clap back. It amused me greatly to watch the fact the captive animal made a show out if the visitors and the complete roll reversal that the couple seemed completely unaware of. Turned out he and his friend were quite camera shy as well instantly reacting by turning and facing away as soon as the camera came out. Good trick.

Other than the zoo the Botanic Gardens is just the same as all the others though they do have an awesome playground which has clearly had money thrown at it. Not that I would be interested in such things in a deserted park.

Final day in Rockhampton is one of those waiting days. My Premier bus is not until 3am the following morning so after checking out the hostel at 10 I spend my day sat in the sun or watch films. The last shuttle bus from my hostel to the coach/trucker stop is at 7pm and adds a bit of excitement to the night when our driver rear ends a car in front because he’s not looking but we make it to the stop and from then on I hide in McDonalds and steal the free wifi. It’s a very long wait and turns out only the drive thru at McDonalds is 24 so at midnight I’m chucked out in the cold, and it is cold. Even though it had been the high twenties during the day the temperature must have been around 4 at night. I try saying to myself that I am Scottish and this is not cold but wearing jeans and a jumper and a hoodie I still feel it. I can see my breathe and spend the next few hours shivering. Finally when the bus did arrive it turned out to be hot and stuffy which was nice to start with but ended up making me feel horrendous. Turns out I cannot sleep in buses no mater how tired I am and the fact I have four seats to myself and my sleeping bag as a pillow. Never again do I every want to do a night bus.

I arrive in Airlie Beach at half nine and I decide rather than crawl into bed I’ll stay up and try and figure out my Whitsundays plans.