Having spent our last night together in a West End hostel I take Andrew out to Brisbane Airport for his flight home. After lunch at the airport there is a very tearful goodbye, mainly on my part, as I send Andrew off back to the cold and wet of Glasgow. 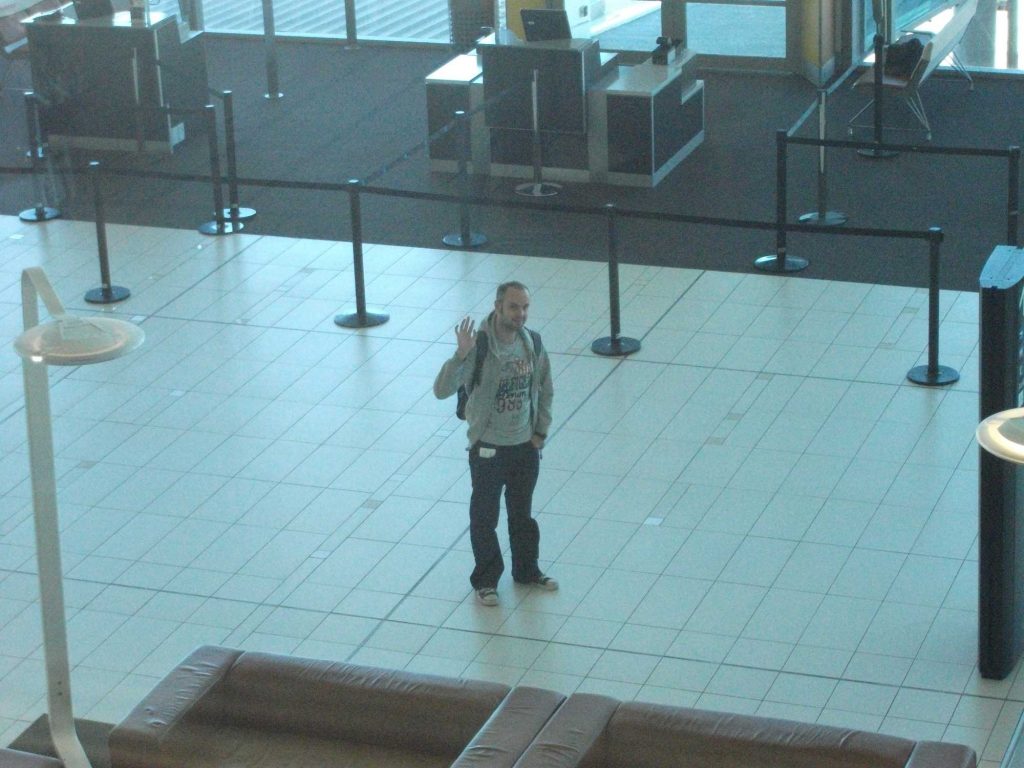 Since I’m passing through Brisbane I had arranged to head back to my old flat for a 4 day weekend and see the guys before continuing on up north. Obviously, I no longer have a room so am spending part of my time on my friend’s floor and part staying in someone else’s room while they’re is out of town at the Formula 1 in Melbourne. Since I left there has been a few new arrivals in the house and I soon catch up on any gossip that has occured over the 6 weeks I’ve been away. On the Friday night we do our usual and head out to The Valley one last time as a flat and on Sunday, I get taken me out for the day. Being a very active person my flatmate D is into rock climbing and invites me along to join her for a day at the rock climbing gym. After a quick intro with an instructor I’m good to go and we start climbing walls. Its a lot of fun even if it is very tiring. I even get treated to dinner after.

My last evening in the flat, as a thanks for having me, I organised a pancake dessert date with lots of syrup and fruit and ice cream as well a chocolate to go on the pancakes. I played slave in the kitchen for an hour which was very hot but it was good to get everyone together before I left again. It seemed to be a success and I got a chance to catch up with everyone before heading off.

Early Tuesday morning (and I mean 6 in the morning early) when the guys in my flat get up, goodbyes were done with everyone downstairs and a later mid morning for those upstairs. And by three I’ve left both the flat and Brisbane for the last time.

It’s pretty sad to leave and go back to solo travelling but I have plenty still to see and by this point it’s obvious I’ll definitely need more than one trip in order to see all of Australia.