After our final day in Surfers we headed back to Brisbane for a day and night before Andrew went home.
Since it was now March a few of the places that had closed for the flooding had now reopened. We went a walk about in Brisbane but since it was an extremely hot day and Andrew had started to get a bit cranky in the sun I took him to GoMA (where there’s always good aircon) to play with some Lego. 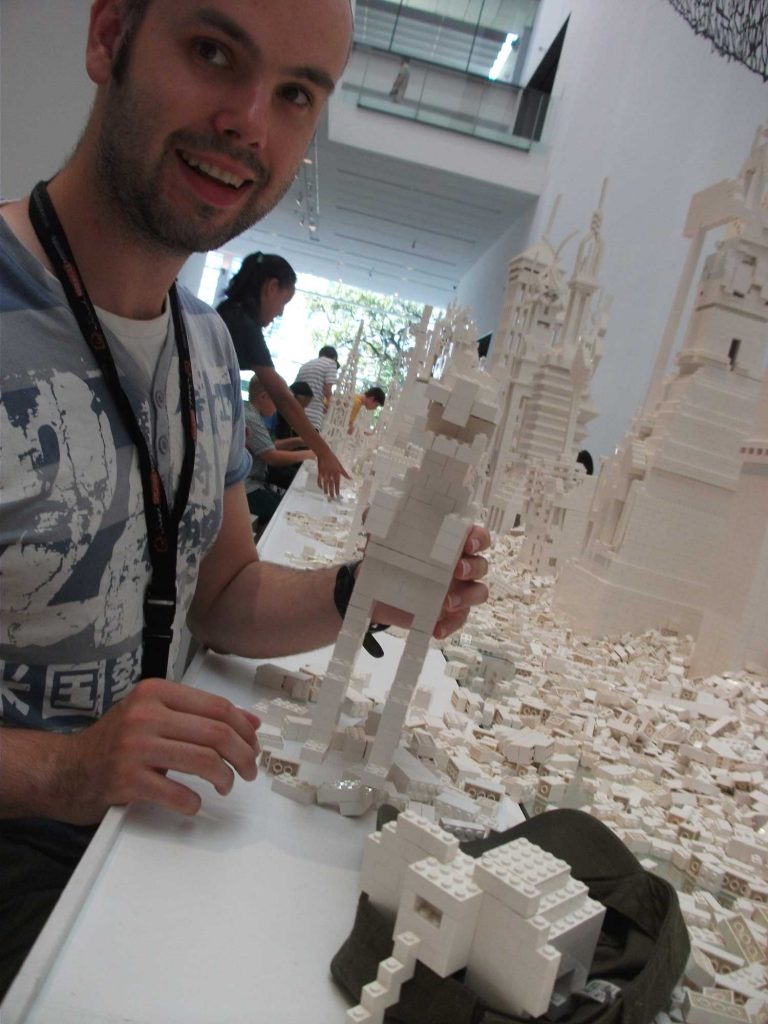 Even though we each found our inner child and built a T-Rex and an elephant out the lego, we decided to pass on the giant slide “exhibit”. We did a little wander down the water front which now looked a lot clearer and recovered than when we left 6 weeks before and both got quite sad that we were leaving each other again the next day.

The following day I had to say goodbye to my boy at the airport and send him home which turned out much harder than when I left him at home in October.