It rained lots. There’s no denying it. We went to the Sunshine Coast where it is sunny 350 days a year and it rained pretty much the whole week we were there. So much for topping up Andrew’s tan before he headed home. 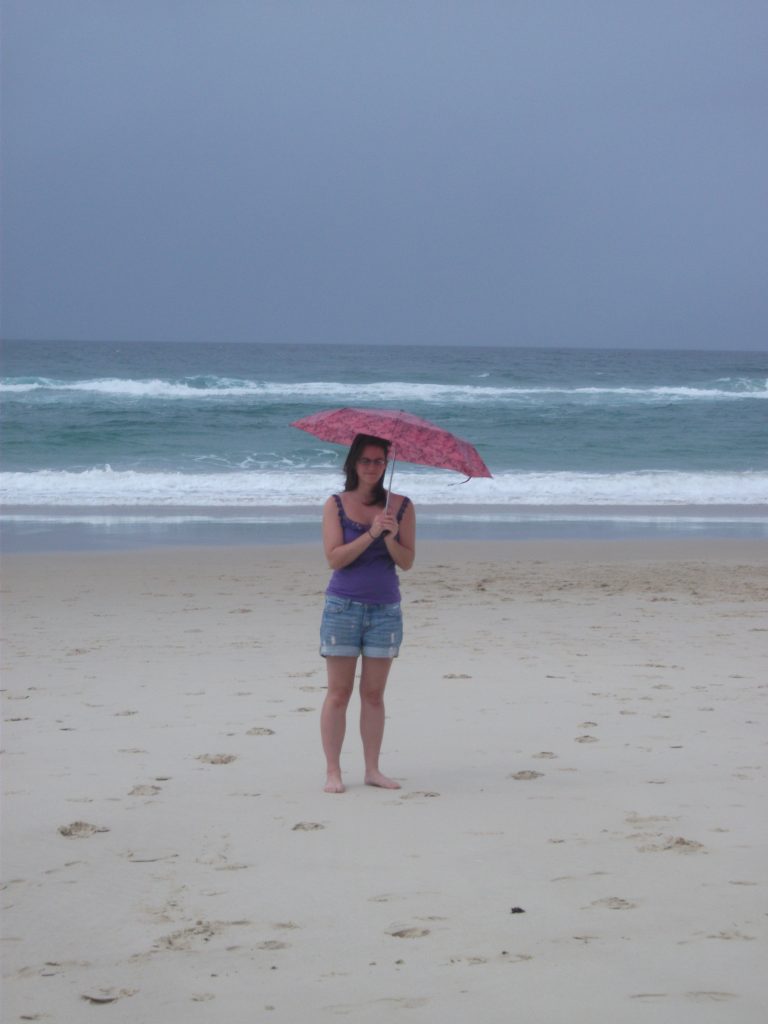 Our room in the hostel was actually an apartment which for the first day or so we shared with two Swiss boys but after that we had a wee flat all to ourselves with the exception on a gecko in our room. It was a pretty nice set up with a balcony and kitchen to ourselves which was a very welcome change but we had to give a $5 deposit for cutlery which was a bit annoying.

Other than sunshine, Surfer’s Paradise is famous for theme parks, which pleased Andrew but again I wasn’t so up for playing in the rain. But, in the end we did get two good days to visit Warner Bros. MovieWorld and Sea World. They were pretty pricey but they were good days out. 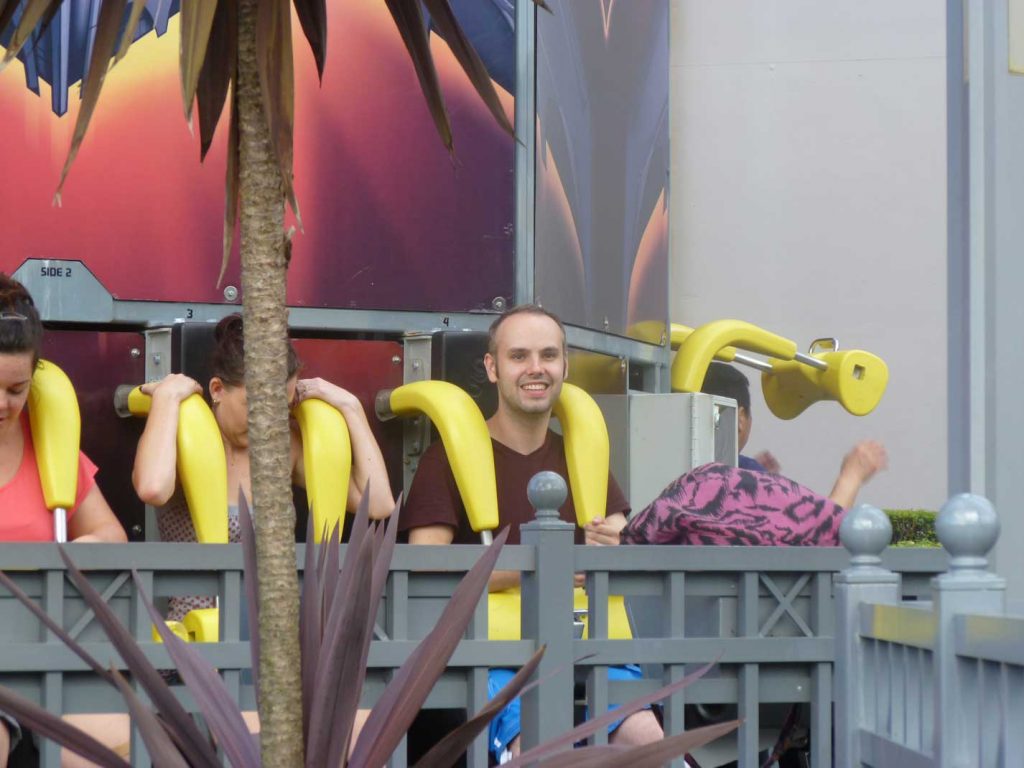 We headed to Warner Bros. Movie World first which had mock up sets of lots of the films including Gotham city and a Wild West town. We headed on a few rides starting with what was supposed to be a children’s ride but was actually quite intense.  Who would have thought the Scooby Doo ride would be so scary. We go soaked on a water flume and Andrew headed on a big coaster and one of those rides that throws you straight up in the air. We went to a 4D short film which wasn’t done as good as it could be and the moving chair was more a painful experience than a fun one. 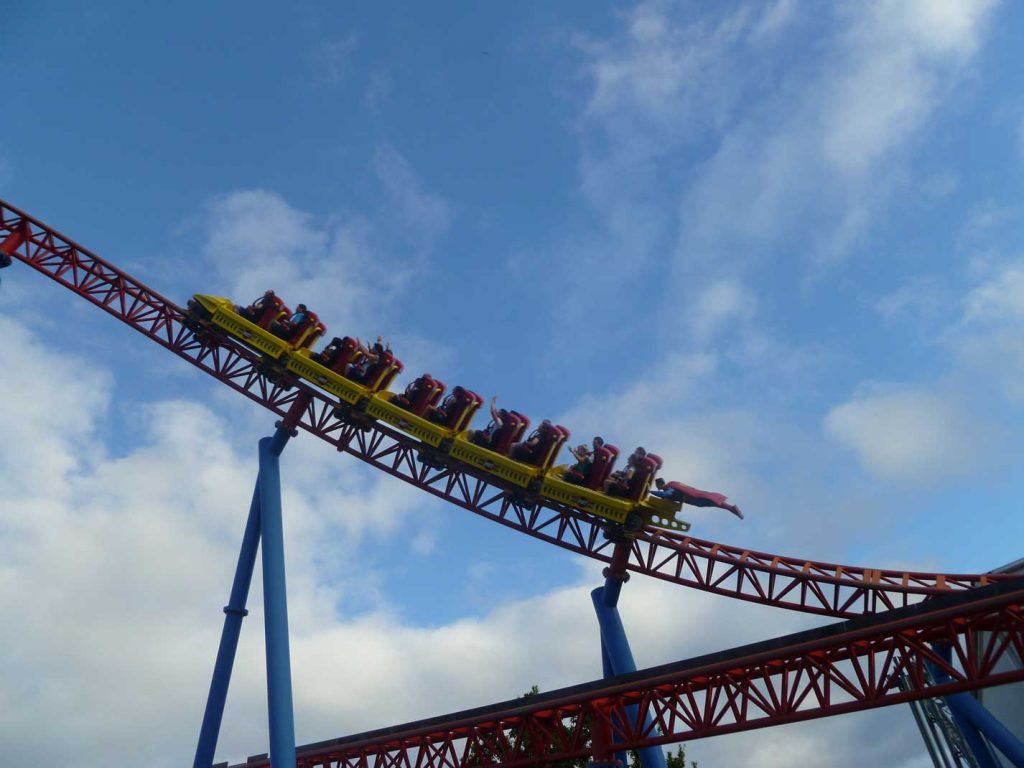 Sea World was pretty cool with lots of animals for me to gawp at and I got to play with rays in their tank which thrilled me no end.  Lots of critters for me and a few rides for Andrew to play on; perfect. Though we did swap too, as Andrew got me on the coasters as well. The ride I found myself on first, I ended up getting hurt because I was a bit smaller than “standard size” so got knocked against the restraint when it whizzed round a corner and the second, which was a very big rollercoaster, broke while we were in the queue. Andrew somehow talked me into going on it once it was reopened and in the end, even though we went upside down three times, it wasn’t as bad as I thought. Sea World had a few shows as well  including a Sea Lion show and Dolphin show which we enjoyed even if they were a bit cheesy.

We (or more I) decided to splash out on an ice cream and thought as an extra treat we would go for a three scope cone, only a scope turned out to be the size of the tub and on a hot day it just turned into a giant melty disaster. Neither of us were able to eat the full cones or eat it quick enough to stop the sticky mess of dripping ice cream going everywhere.

We spent our final night in Surfers sorting Andrew’s backpack for flying home and giving him some of my stuff to take back with him so my bag wouldn’t be so heavy anymore.