Our night in Port Elliot was nice even though we did not do or see very much.  We managed to get a hostel in Adelaide and figured out where to return the car to. Sadly we were rather rubbish at planning ahead and did not buy tickets early enough for the Ghan train up to Alice Springs so we won’t be doing Uluru this time round.

I’m sure ill make it there some time during my trip but it’s a little disappointing that we couldn’t do it while Andrew was here. So with no seats left on the train our plans needed to alter a bit so we’re spending a little longer in Adelaide and having a sun, sea and rollercoaster week in Surfers Paradise before Andrew flies home from Brisbane airport.
We rarely notice the TV while we’re travelling but today I joined other hostel dwellers to watch the news as  a massive earthquake has hit Japan causing a deadly tsunami in its wake.

We know very little about the situation but now there is a third disaster on the horizon which is what has caught the major attention of the world. One of Japan’s nuclear plants has been heavily damaged and is ready to go into melt down. Its scary stuff but right now this isn’t going to affect of travel plans but we hope to keen up to date on the story if we can.

The last stretch of our road trip and our last day with Kiwi. It’s only a short drive to Adelaide but we want to get our stuff to the hostel and have plenty of time to get lost driving in the city before returning the car by two o’clock. 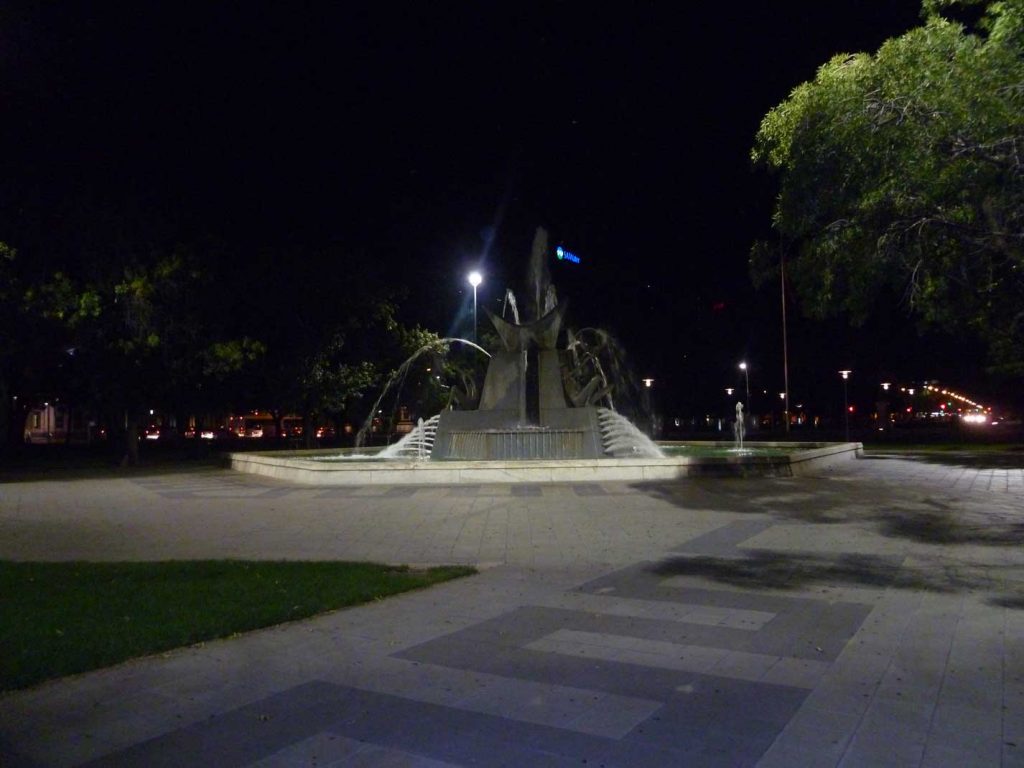 Luckily I had picked up an Adelaide street map somewhere along the way so we had a guide to where we were going. It didn’t happen to mention that to turn into the city we would need to navigate an 8 lane highway. We of course find ourselves in the outermost lane and so must cross all 8, but we succeed in finding the hostel and the Avis return centre, though the latter was tricker since they hid the car park up a tiny alleyway.

Our hostel is quite nice. We’re just staying in dorms to save a bit of money but it’s only a four bed with one other couple who are only there the first two nights. It also has a free pancake breakfast every morning which is awesome and randomly free apple pie at 8 every night. Free stuff is always good so I’m happy.

Our first two days in Adelaide were very uneventful. Having arrived on a Sunday with the following Monday Adelaide Cup day everything was closed. Even the shops and no public transport so two days exploring an empty city was fun. Since these were also the last days of the WOMADelaide festival, town was filled with drunk teenagers and the odd hippie, two of which were sharing our room. We made the best of Monday with the usual trip to the Botanic Gardens.

Tuesday we went to the old Lion factory which is now the JamFactory Contemporary Arts and Design Gallery. This was the most rubbish art gallery I have ever seen. The outside made me smile but inside was a very small gallery containing some crappy pieces of jewellery. Perhaps we missed something but there seemed to be nowhere else to go. So that was a bit of a waste of time. From here we headed to the Migration Museum which was much better even if they do get “English” and “British” confused and implied that the Highland Clearances were fictitious. We got a good insight into how rasict Australian laws were up until around the 80s and it was a nice little interactive museum and it was donation entry was is always better than $16 admission fees.