After returning from Leconfield, most of us spent the night in Tamworth before moving on. A few people had travel plans the same day and some had managed to get jobs either at Leconfield or round about but we said our goodbyes before leaving the ranch. About ten of us headed out to dinner at night with a few of the staff who had come into town for a bull rodeo so we had a good leaving night before we split and went our separate ways. My plan is to continue back up the coast which, with my railcard, means backtracking via Newcastle. I spent two nights at the dreaded YHA which was fine this time round and meet up with Andreas from Leconfield on my second night, who had travelled with the Greyhound bus and had stayed elsewhere the previous night, so dinner wasn’t so lonely. Having gone from being surrounded by 30 people at dinner to eating alone in Newcastle the previous night was a bit sad.

So now I’m back en route north with a six hour journey to Bellingen, a little south of Coffs Harbour, for a few nights before spending a week in Byron Bay. A 14 hour journey Tamworth to Byron Bay did not seem wise and I’m quite glad I have split it up a bit and stopped at Bellingen as it turned out to be an amazing hostel and a really cool place. I arrived later in the day but everyone in the hostel seemed to click and we all had a big dinner together and watched the flying fox bats come in from the forest and fly right round the hostel. Of course after the bats come the Christmas beetles; little golden flying bugs that come in a giant swarm and insist on smacking into you and crawling all over you. They look rather cute and don’t bite and once we swapped to candle light they headed off so it wasn’t too bad. However, even if the beetles don’t bite it turned out that during the night I had been bitten by a spider but since my arm had not fallen off and was still mobile the breakfast group decided it probably hadn’t been a poisonous spider. 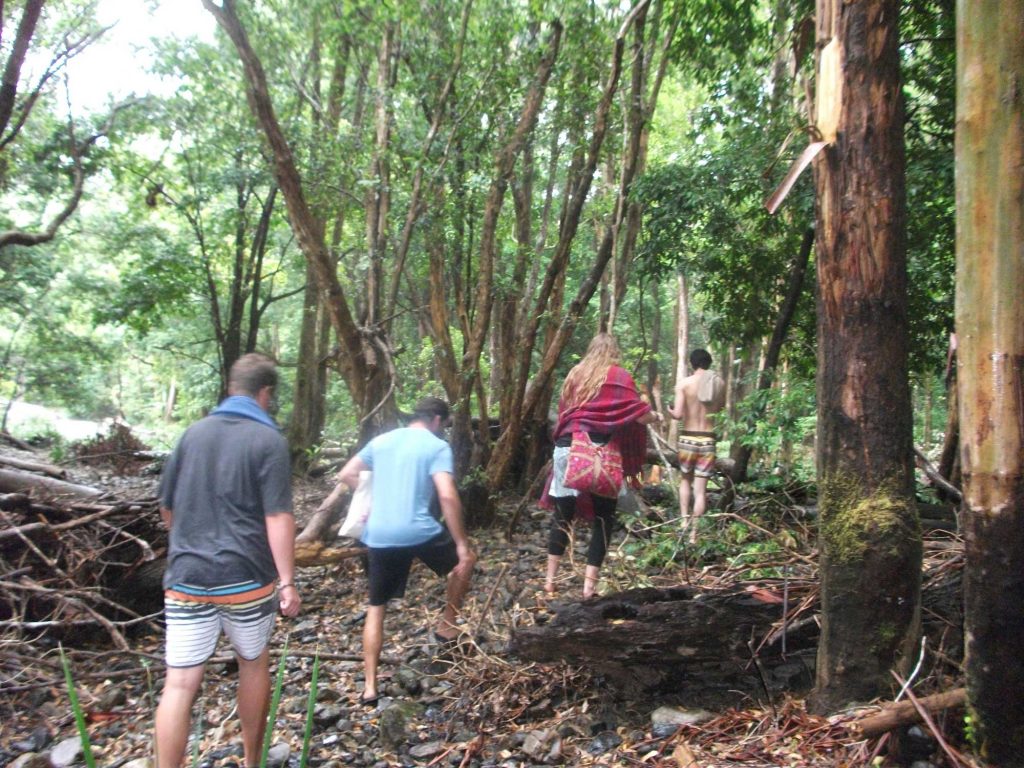 Bellingen Backpackers seems to be a really friendly place and on my first proper day a couple of us just decided on a road trip to find ‘The Promised Land’! This is actually the name of the place we were driving to which was really cool. When we reach a really nice swimming spot in the forest and the guys jumped in while myself and the other girl Jazz knew better and did not end up like the boys removing leeches from their legs. After leaving The Promised land we checked out the community garden and another swimming hole called The Point. It was a really cool way to spend the afternoon. Tonight I’m heading on a sunset canoe trip with two of the guys Daniel and Mike so that should be pretty good too 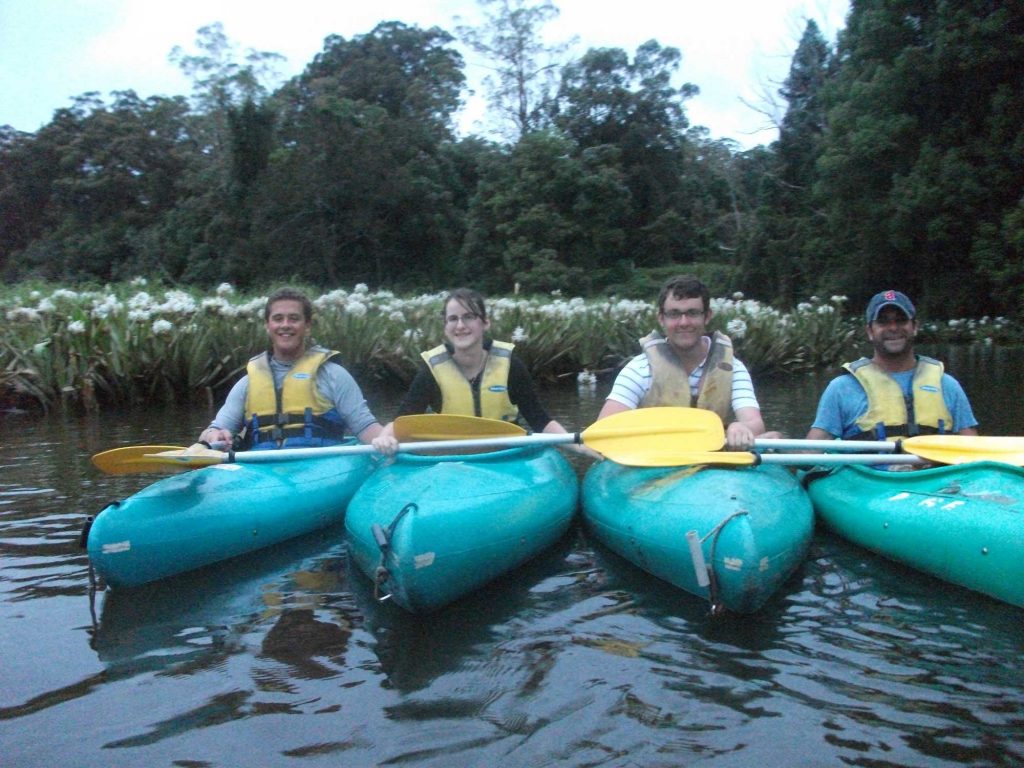