Upon leaving Tamworth for some true Australian ranch work we quickly left civilisation behind. From Tamworth YHA 26 of us depart for Leconfield farm, though we have to go in two trips because our transport is a 12 seater mini bus that looks like its been through the wars and a trailer at the back for the rucksacks.

After about twenty minutes we’re in the middle of nowhere and after half an hour there is no more tarmac, just a dirt track for the rest of the journey which takes over an hour with a few scary cliff corners and a very narrow rickety bridge. But finally we made it to Leconfield and got settled in to various parts of the farm; the boys in bunk beds in the wool shed, some girls at the farmhouse and rest of us including myself made ourselves at home in Pinky’s; a wooden cabin structure which would later become the hub of all our social activities. Our humble abode definitely added to the rustic and rugged outback image I had had in my head before arriving.

The scenery around Leconfield is stunning with rolling hills as far as the eye can see and not a single house or farm in sight. After the second group arrived several hours later the rest of the first day was introductions, tours of the property and various odds and ends. At 7 we enjoy the first of our big meals with a BBQ of steak and sausages with plenty of salad and pasta on the side.

There are no lie-ins at Leconfield- every day its up at half six for breakfast at seven and since on our first working day we started with a milking lesson from then on out we had to take turns to get up even earlier and collect the milk for breakfast. 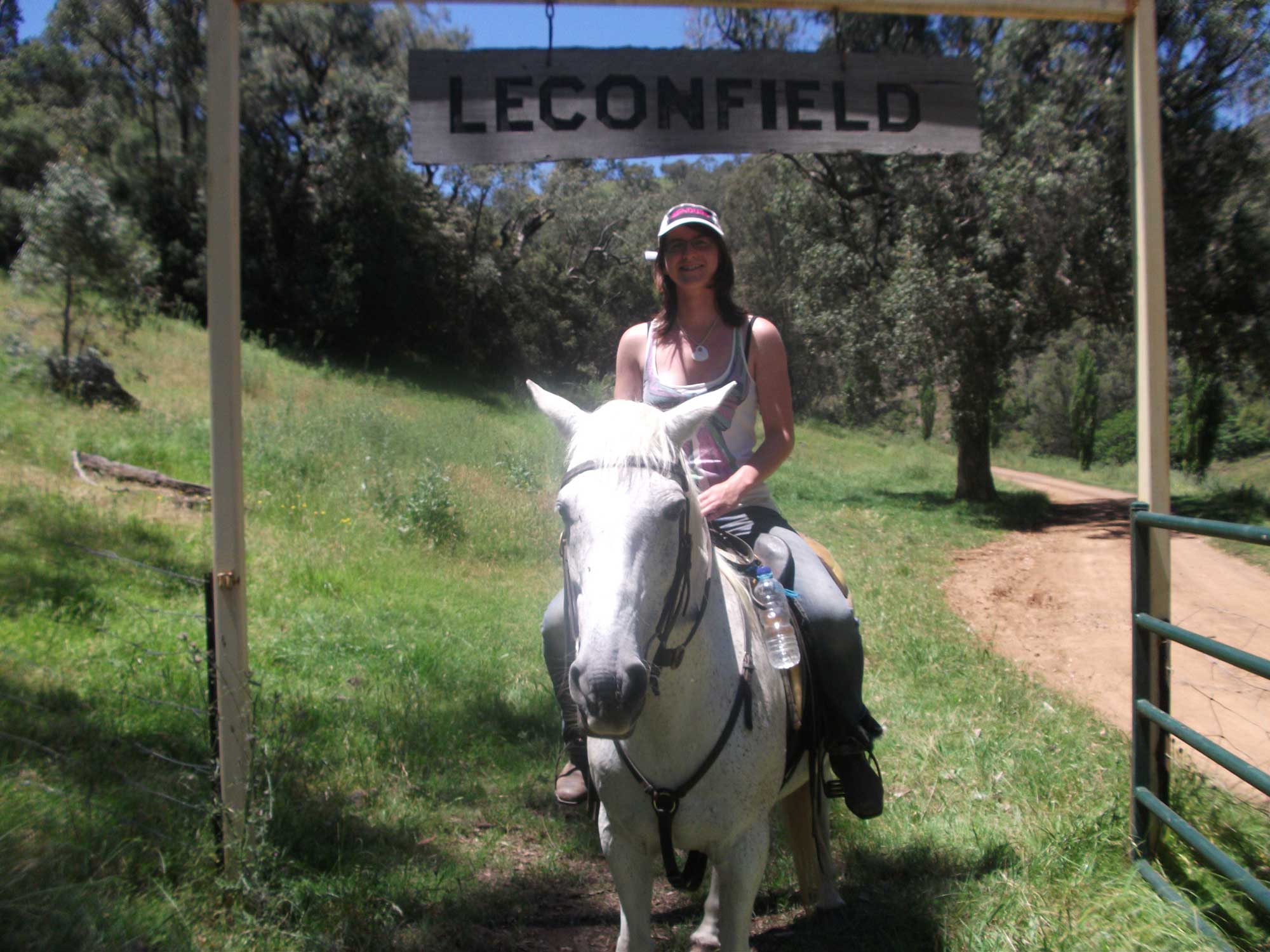 The first week is very busy. We were matched to our horses that are ours for the duration of the stay. The matches were supposedly based on both weight and height and riding ability but we all agreed there were some odd matches. My horse was Jewels also know by the staff as ‘the bitch’ because she is so bad tempered and doesn’t like any other horses. On the whole we did ok, with a lot of effort she would do what she was told though I usually had to keep her away from all others to avoid her biting or kicking at another horse.

We learned how to cut down trees and de-bark them ready to be used as rails and posts. It was pretty cool to see the whole process from tree to fence but it was a lot of hard work. Every day was spent on horseback and there was both cattle and sheep mustering which was good fun but some days were easier than others depending on which staff members were supposed to be in charge. 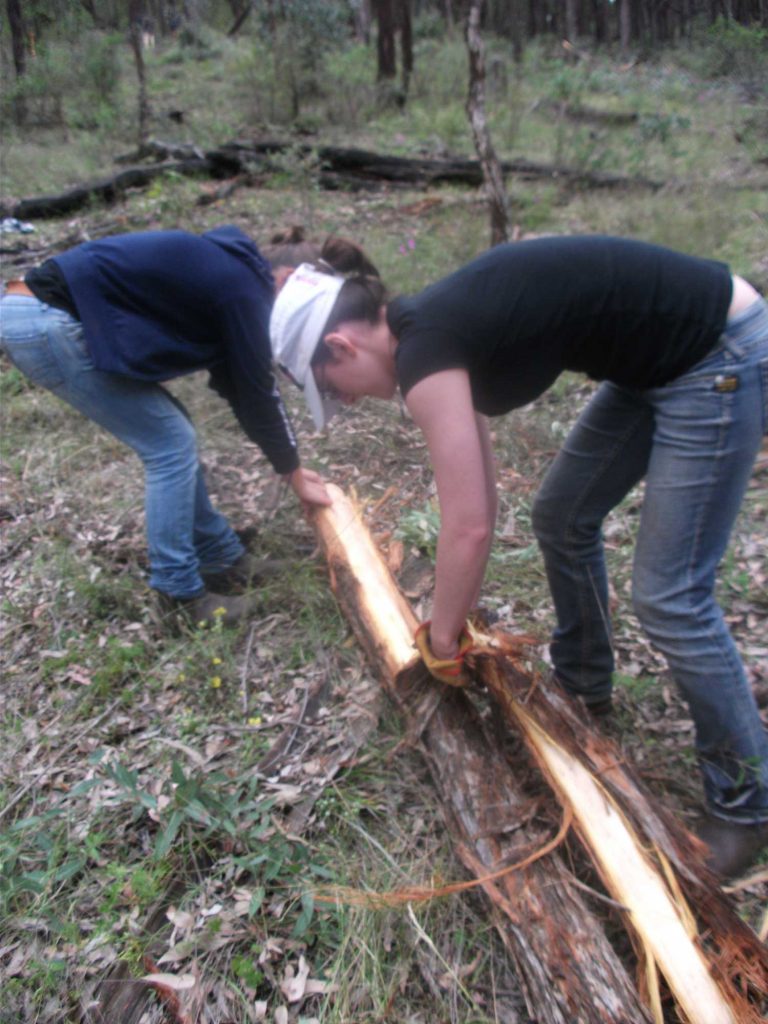 There was plenty of cattle work too, weighing heifers and steers in week one and branding and ear tagging the calves in week two as well as castrating the smaller bulls. The poor little calves go though quite a lot after being brought several miles down the hills to then be branded, tagged in both ears as well as having your ears clipped in three places just to make sure you can be identified as belonging to Leconfield. With the sheep we did some shearing and for the lambs there was more ear clipping and this time tail docking, so for those holding on to the lambs there was a lot of blood.

There were some also some less gory tasks as well such as learning whip cracking and some natural horsemanship tricks as a bit of fun. Natural Horsemanship was quiet cool to learn but didn’t always work on the Leconfield horses. My first attempt with my temporary horse Tony wasn’t too great. Tony didn’t really want to play as he was saddle sore from a previous ranching school and had been taking a break so I guess the idea of work did not appeal to him too much. A later attempt in the second week with another horse Sam worked perfectly and I would quite happily take Sam home with me but I think he is just a bit big for the rucksack. 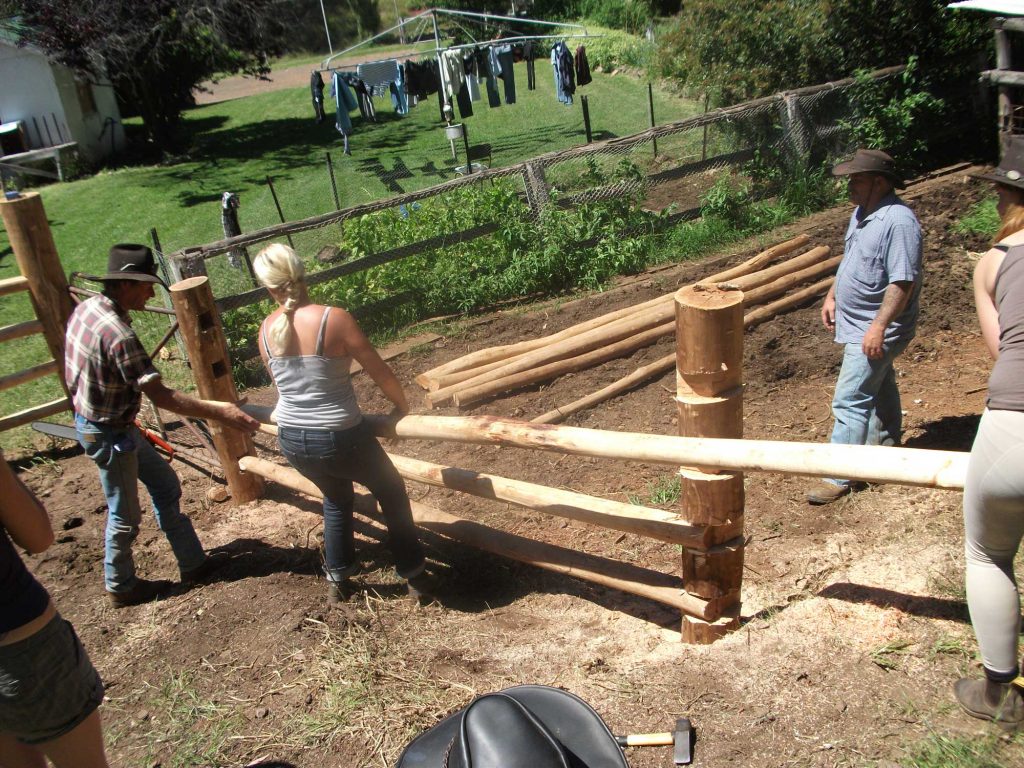 As for the weather our first couple of days were pretty wet with torrential rain once or twice but as the school progressed we got better weather and week two was scorching sun so digging holes for fence posts or walking a flock of sheep over the hills was very tiring but there was always a hearty dinner waiting for us at the house at 7. One of the days I did get pretty burnt on my back but at least I have a tan now even if its only the top half since working outside requires long trousers at all times. At the end of our last week we even had a swim in the creek to cool down which was good fun even if it wasn’t very deep and a bit rocky.

Our group got on well together and with 26 of us there was always someone around to talk to but mainly everyone headed to our lounge in Pinky’s at night to play various card games, watch movies or if you were in the cool gang Pictionary was an evening highlight. It turned out to be a good experience for the non-native English speakers and those of us with English as our first language learned a few new words from it too. Pinky’s was definitely the place to be even if Hilton, our main instructor and a real Aussie cowboy, scared some of the girls off with his pets. On the first night Hilton brought Collo, a 6 foot snake he found and kept as a pet, to meet us. Hilton has also collected Trixie the kangaroo and has a litter kittens in his kitchen as well. All perfect for an animal lover. 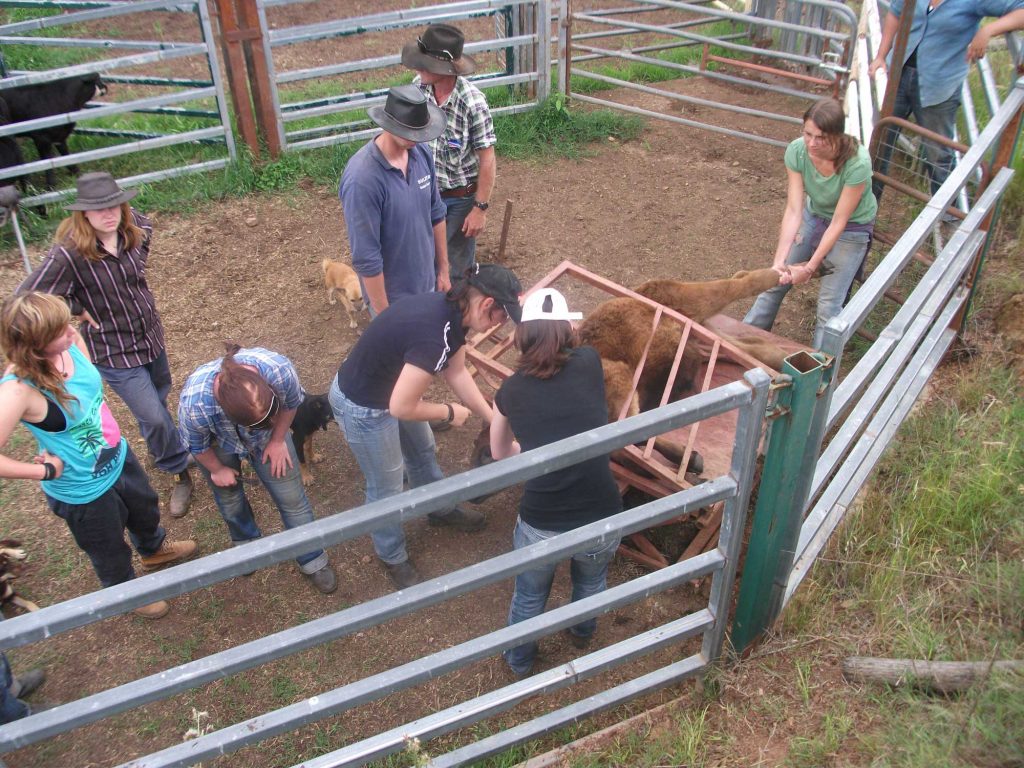 On the whole Leconfield was pretty amazing and I made some good friends while I was there. We all hung out together both students and staff and we all got on well together maybe minus one certain member of staff but she turned out to be a useful bonding tool for others. I know that the meals there are the best I will eat my entire time I’m in Australia and I would loved to have stayed longer but all good thing come to an end so I must continue up the coast and make sure I’m in Brisbane to start my volunteer work in Lone Pine Koala Sanctuary.