On a birthday weekend come “mini-moon” up to Aviemore, we visited the one place that needs to  be on everyone’s list – The Highland Wildlife Park. One of the biggest attractions in the area and certainly worth your while. Here’s how we got on …

After a previous day playing with reindeer we were looking for an activity to fill our second day in the Cairngorms before heading back home on the three hour drive back to Glasgow. The options are a little more limited when visiting in February if you’re not planning on skiing, as many of the local attractions are in their off season but lucky for us the Highland Wildlife Park is open throughout the year. With the prospect of a quiet day playing spot the animal, we took the short trip from our base at Newtonmore to Kincraig.

Having been to the park before, we know the entry fee is a little steep but probably in line with other bigger attractions. Though top tip if you have some pre-warning of your visit – you can exchange Tesco Clubcard points for entry tokens at a very good rate! We didn’t really think that far ahead so ended up paying full price at the gate. With my student card and removing the voluntary donation, the admission price was still £26 but from past experience we knew there would lots to keep us entertained.

We decided to plan our day around the various talks given by the Highland Wildlife Park’s knowledgeable staff. After we parked the car, we made our way to red panda enclosure. At first we thought the enclosure was empty, but another couple told us to look up and we found the pair of cute creatures at the top of the highest tree. It’s easy to see why they often escape from zoos and wildlife parks, being such adept climbers. The staff member soon arrived and told us all about red pandas and that they sleep most of the day so not to expect too much from them although, they apparently climbed down right after we left to see the wolverine talk.

Somewhat amusingly, the wolverine is called Tina but sadly, despite standing watching for ages while listening to the talk, we never saw her or her two kits with which she shares the enclosure. That wasn’t really surprising given the amount of space they’ve given to these reasonably small mammals and the fact they dig extensive tunnels underground. We learned that they’re fairly elusive, even to the keepers and 9 months on from their birth, they still haven’t managed to sex the kits. They’re also incredible diggers and also like climbing trees. Perhaps we’ll see them next time.

After our first two talks we opted to take a little break from the outdoor wanders and hop back in the car to enter the drive through section of the park. You’ll see all the larger animals here roaming in the vast paddocks which is nice to see they have so much space to roam. The first creatures you’ll come across are bison who are lovely creatures but truly huge causing you to quickly consider how safe you are in your little tin can car.

Some other very exciting park residents are the Przewalski’s horses. Thought to be the closest surviving species to the original horse, these beautiful animals were once extinct in the wild but are now slowly being reintroduced to Mongolia.

After completing our first circuit of the drive through area, we park up again ready to tackle some more of the park. Ready with some additional layers to battle the chilly day we join the wild cat talk to find out more about Scotland’s Highland Tiger. At first glance they may look like your friendly neighbourhood moggy but these pussy cats are not to be messed with.

Our zookeeper talk takes place during feeding time but these guys were certainly not for putting on a show for the gathered visitors and instead continued their snooze or watched on suspiciously. After learning a bit more about Betsy, Zac and Grumpy, we took a trip to see some nearby goats and returned to see Zac on the prowl. We were luck enough to see just how big the wildcat actually is when its not curly up in a corner and watch him feast on some tasty chicken snacks.

We also joined the next feeding session at the polar bears enclosure but we only encountered one as two of of three are currently off display while they attempt to make some baby bears which would be adorably cute. We arrive to see Walker tucking into a variety of munchies including meat and fish but plenty of veggies too. Apparently, Walker is partial to a bit of melon as well and according to keepers polar bears in captivity enjoy lots of experiential foods. Turns out lots of them like apples too.

Dinner time talks can get very busy, even on the quiet days  but they can be a good time to see the animals up close. However, similar to our experience with the wildcats on joining the snow leopard talk the animals were not up for performing for the crowd. We took leave of the crowded space but later we came back to an empty viewing spot and found some very active animals!

There are so many creatures at the Highland Wildlife Park, so it does take a while to get through everything. As it drew closer to the end of the day we took a trip to the tigers and got a treat of some play fighting and chasing. Sometimes it is just the luck of being in the right place at the right time. The tigers even ended up mating right in front of us which was interesting is a little awkward for the mother and child group next to us.

Before we knew it, time was running out for our day in the park but we managed to make it round everything and ended up walking to the section with the wolves after taking another quick trip around the drive through.

There is so much to see at the Highland Wildlife Park that a full day is definitely needed to get around everything. We’ve only mentioned a few of the wonderful animals we got to see but to make best use of your day it is worth following our example of picking out talks and planing your route around them. It’s also worth noting that the drive through section has no limit on it so you can take as many trips as you like t but it does close half an hour before the rest of the park. So our top tips are definitely allow plenty of time and take plenty of layers!

Have you ever visited The Highland Wildlife Park? 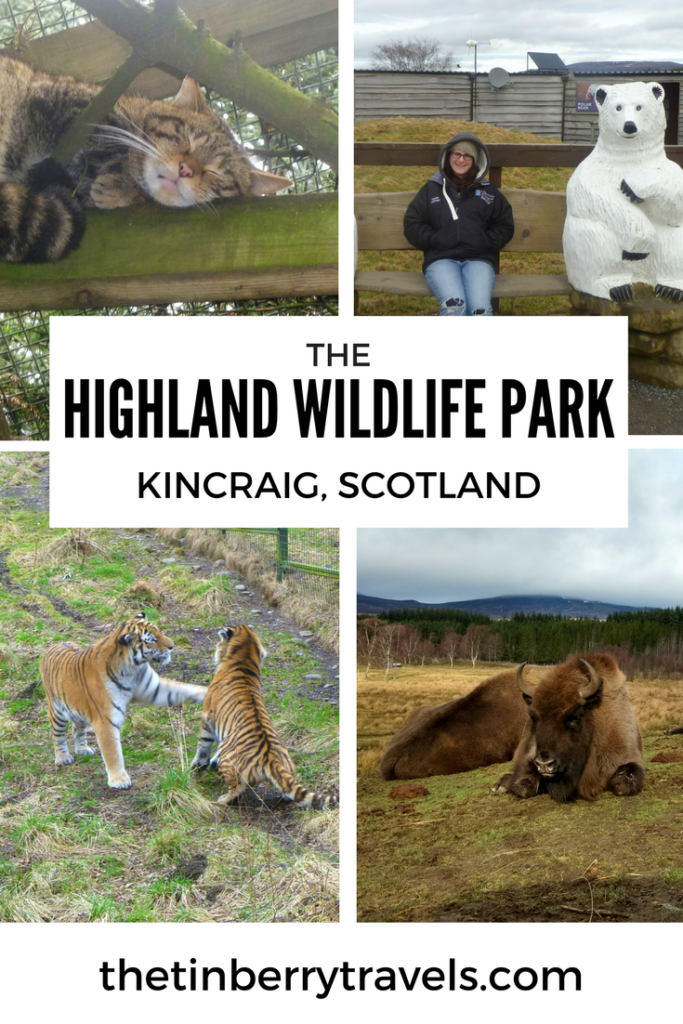