So after a long night at the campervan park we packed up and headed off the the Grand Canyon. Our aim was to arrive for sunset at Mather Point in the Grand Canyon National Park but we first headed via Lake Havasu City where of all things you will find London Bridge!

Why on earth is London Bridge in Lake Havasu, Arizona?

As the story goes the county decided they needed a new bridge and found a London Bridge was on offer, and not just any London bridge…THEE London Bridge. Thing is, when they bought the structure they thought they were getting Tower Bridge. So moral of the story? Always do your research when purchasing bridges from another continent. Apparently, the bullet holes in the brick work from the second world war can still be seen in the bridge but it was difficult look that close so I’ll take their word for it. 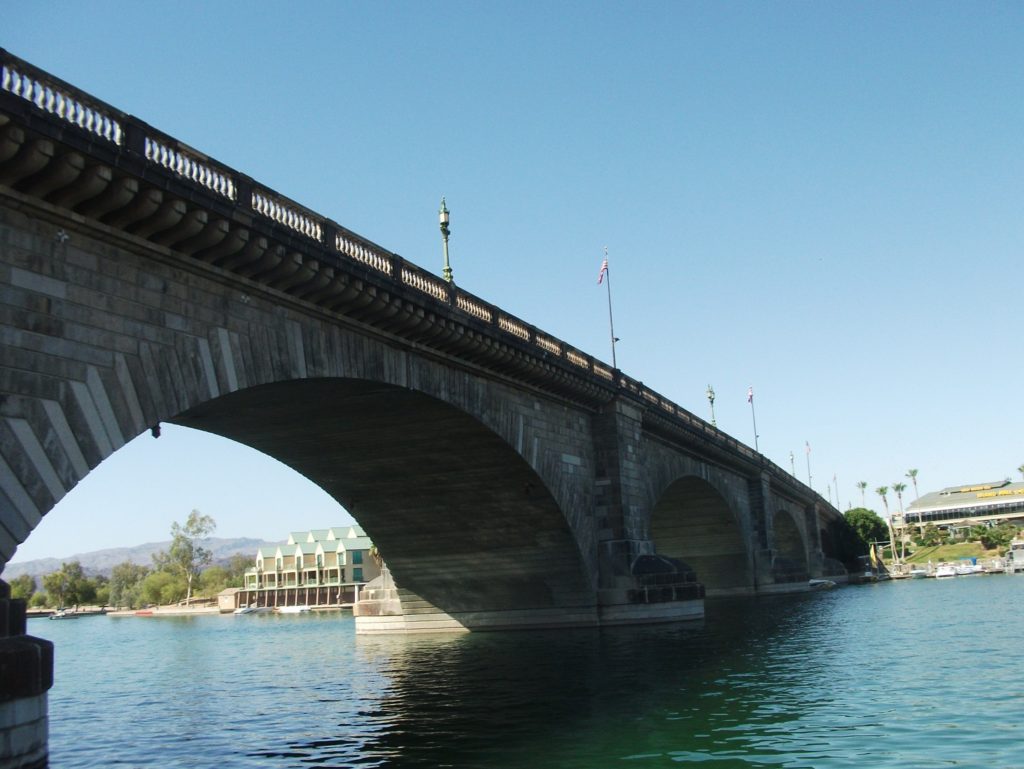 From Lake Havasu it  was still a long way the Grand Canyon National Park and I was really struggling to cope with our driver.  I never realised how much one annoying person can get to you on a road trip. I grin and bear it but the over top American loudness was really stating to grate especially as I seem to be getting quite ill. Our road trip took us along part of the famous Route 66 and wee do a little stop at the town of Seligman for lunch.

After an extended stop we made off again but by the time we arrived at our Grand Canyon camp and find our spot to set up I was really not well. The stabbing stomach pains had kicked in and it was becoming clear that, put in a nice way, I had a tummy bug.  Our tour driver left us to set up camp while she head out to get pizza. I have no idea where from but it had been decided that we’d all pitch in for pizza and then head to watch the sunset at Mather Point at the Canyon edge. Pizza was probably the last thing I wanted but it was not optional and off she went.

How not to do sunset at the Grand Canyon

When she arrived back with pizza in hand we all headed to Mather Point. As soon as there I was in the bathroom either to throw up or…something else but while I’m away our driver gets the rest of the group to close their eyes as she leads them to the Canyon edge so as to surprise them with it’s size. Its quite a cool idea but no-one noticed I wasn’t there (which shows what safe hands I’m in) so I just wander to the edge myself and it was still impressive. Photos just don’t do it justice. 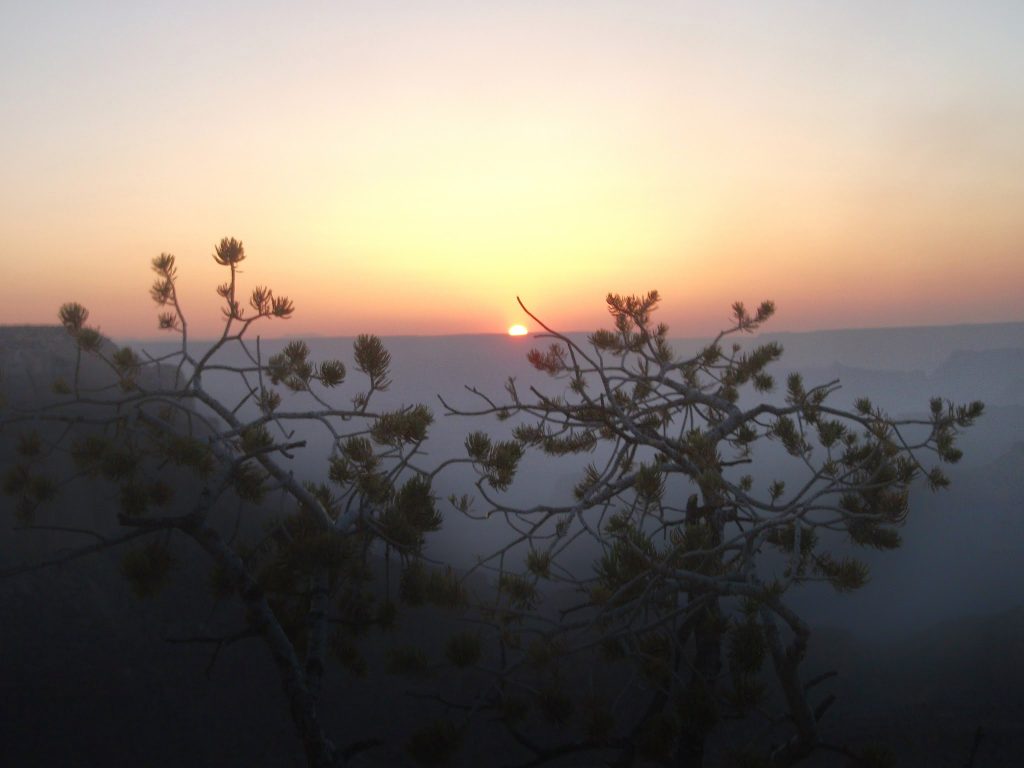 We set about trying to find a space in the quite crowed viewing point and out come the pizza boxes. For me what could have been an awesome moment of watching the sunset at the Grand Canyon was very much ruined by large crowds and pizza boxes. I’m sure to some this sounds perfect but not for me.

The view of sunset at the Grand Canyon was definitely worth it and a beautiful spectacle but sadly I had to leave as soon as the sun was out of sight which was very disappointing. Had it been just me I would have wandered off to a nice secluded spot and sat on a ledge on my own to watch the sunset. One day I’ll do it properly…one day.