Iceland has so much to offer but that doesn’t mean you can’t pack a lot in to a short trip. With lots of tours companies offering half day excursions I opted to book with Iceland Grayline and combing two must do Icelandic activities. With a morning of Icelandic horse riding, followed by the famous Golden Circle Tour it was set to be an action packed day.

As well as looking very beautiful against epic Icelandic scenery Icelandic horses have some unique draws for anyone who is an active equestrian. Horses in Iceland have five gaits which is different to a normal horses’ four which as it turns out makes the entire task of horse riding quite different. My tour departed early morning from Reykjavik but benefited from a hotel pick up and a very nice coach transfer to my equestrian adventure. On arriving at the Laxnes Horse Farm, which is set in the middle of Thingvellir National Park, the first thing you notice is how little these horses are. I’m given a horse with an almost pronounceable name which apparently meant nibble footed and told he is ‘speedy’ and yes he was.

Icelandic riding proved quite different to what I’m used too but I think I might actually prefer it. The views were beautiful and the ride went through various ups and downs of the local volcanic landscape and even through a river or two but on the homeward leg I got to see how fast “nibble foot” could go. Icelandic horse riding and indeed racing can now be ticked of the Iceland must do list.

After spending lunch at the horse farm I got picked up to join a coach tour of the famous Icelandic Golden Circle. Coach tours always my favourite mode of transport but this seems the only way to get there without hiring a car or hitchhiking. The excursion turned out to be a typical large coach tour bus with stereotypical tour guide commentary. I was not really a fan but I got to see the sights even if it was as a 50 person crowd from our bus plus about 10 other tour buses on the same route.

As Iceland’s popularity continues to grow so will the crowds so early mornings and car hire or perhaps a private tour will be the way to go if you want to enjoy the beautiful landscape on your own.

My first stop with the tour was to see some of the tectonic activity in Thingvellir National Park and a spot where the plates are pulling apart and causing great fissures in the rock.  You can wander through the split and see the amazing power of nature where the ground is being torn apart.

From here we continued to the most famous attraction of the Golden Circle. Gullfoss Waterfall was the next scheduled stop and the waterfall was much bigger than I expected. Definitely a must see but one that I feel the photos just don’t do justice. It’s amazing to stand at the fence and just feel the roar of the water and try to comprehend the sheer size of the landscape and volume of water rolling over it.

CONSIDERING OTHER AREAS OF ICELAND? – Exploring the South Coast of Iceland

Once we had, had enough spray from Iceland’s most famous waterfall we got back on the road to another wonder of nature. Iceland is well know for it’s geothermal energy and you can see this volcanic activity in action at the geyser Stokkur. The geyser goes off ever 8 minutes which is pretty regularly compared to Old Faithful in Yellowstone National Park which only boils over once an hour.

I find this really quite cool, literally as well as figuratively. Quite contrary to my expectation, the area around the geysers was actually very cold and despite all that stream it was just as cold as everywhere else.  As well as the Stokkur there are several smaller geysers on the site and plenty of boiling pools so plenty to see but also a lot of spots to mind your step as well.

Not finished there, our tour also does a quick stop at a ‘little’ waterfall which by non-Icelandic standards is still and hugely impressive feature.  Faxi Waterfall is somewhat less well known but is a popular spot on the Iceland’s Golden Circle route and certainly worth a stop. We only had a short visit here to snap some photos and then home but with so much packed into one day I was thoroughly exhausted by the evening!

What activities would you love to try in Iceland?

All tours mentioned in this post were paid for out of my own pocket. 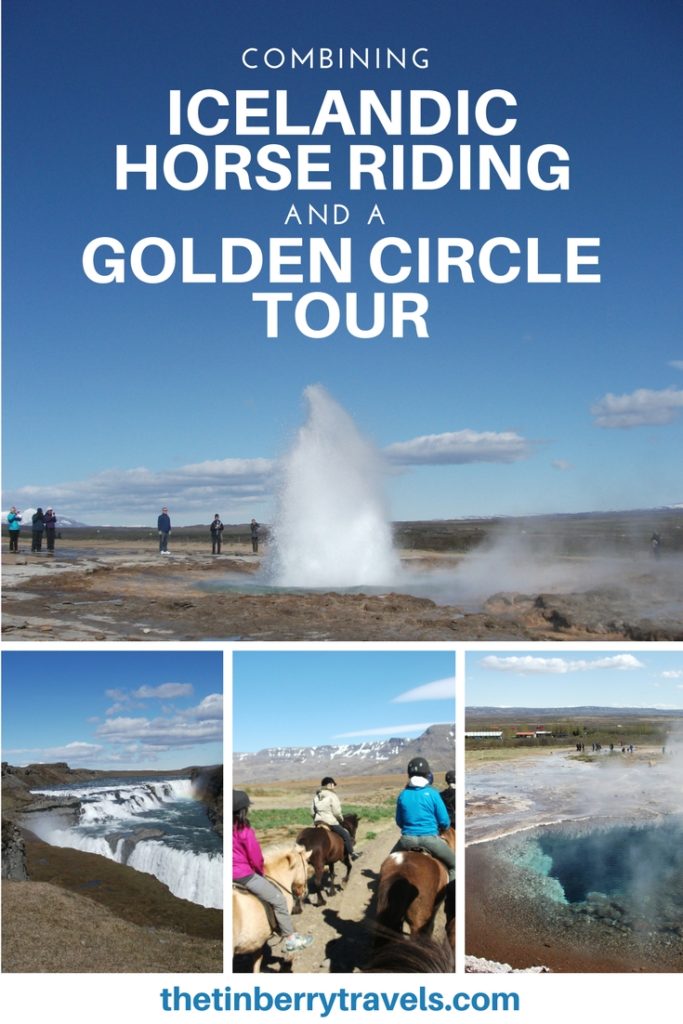