Iceland has a bit of a reputation for it’s steep prices but there are still are still plenty of options for those on a budget. I took a day to explore some of Reykjavik’s cheaper city attractions.

Walking Along The Water Front

Reykjavik’s water front is a lovely walk and encompasses plenty of beautiful spots including the famous longboat sculpture. While most people think the  sculpture is a Viking longboat, Sun Voyager or Sólfarið, was actually envisioned simply as a “dream boat” by it’s artist Jón Gunnar Arnason. Either way it has become a symbol of Reykjavik and with Mount Esja as a back drop this is one of the most photographed spots in the city.  Other highlight’s along the coastal paths include the Harpa Concert Hall which is an impressive glass building. You can also take a peek inside to marvel at it’s interior architecture for free too.

Located in Laugardalur, the Reykjavik Botanic Gardens are not extensive but a lovely stop for a quiet walk or a family picnic in the sunshine. The site boast over 5,000 plant species and includes an arboretum, a glasshouse and several ponds which attract the usual local wildlife. There is also a cafe on site. Another bonus is the garden’s proximity to Reykjavik Family Park and Zoo. I had planned on visiting the Reykjavik zoo next door to the Botanic Gardens but it turn out you could actually see a lot of the animals through the fence so I decide to not bother then paying the admission fee. If you do fancy getting a bit closer to the wildlife the admission to the zoo is ISK 860, approx £6 |$8 (as of Feb 2018).

Views over Reykjavik from the Perlan

If you’re looking for some beautiful views over the city the the Perlan Observation Deck is the place to go. The Perlan is one of Iceland’s iconic buildings largely due to it’s odd shape and is actually a hot water storage facility. While this might not sound like your ideal visitor attraction the building has a hidden gen which is an amazing observation deck located on top of it’s water tanks. From here you can see right over the whole of the Reykjavik with the iconic spire of Hallgrímskirkja church and all the way to Mount Esja. 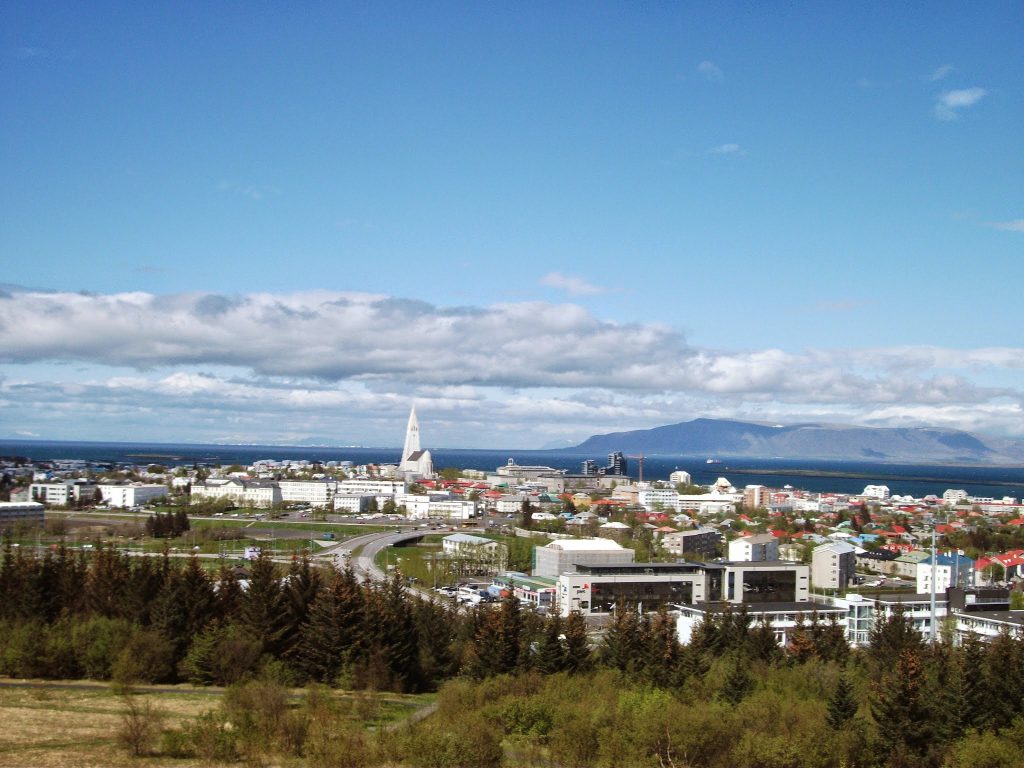 Since my visit the Perlan has added a few more attractions to it’s repertoire with a new museum filled with exhibits and an interestingly an ice cave (although these are not free). And while I had a long walk to reach the Perlan there is now a shuttle bus that runs from the city central and and it’s free too!

UPDATE: As of  September 1, 2017 the Perlan’s Observation Deck now charges an admission fee of ISK 490

A local outdoor spot where you’ll find plenty of locals no matter the weather enjoying the water and soaking up the sun.  While geothermal may be in the title this is not actually a toasty hot pool and water temperatures aren’t too warm but there are lots of other facilities onsite including hot tubs steam baths. However, if you are feeling brave one of the big attractions of the Nauthólsvík Geothermal Beach is it’s cold water swimming which, if you believe the adverts, boosts your immune system and helps promote a health body.

Reykjavik knows how to make a building stand out and Hallgrímskirkja is just another beautiful example of the unusual architecture you’ll see around the city.

Marveling at this fabulous structure is of course free of charge but the real challenge is finding the perfect spot to take your photo’s from. You can also enter the church and see the larger than life organs for without charge but if you fancy another vantage point you can climb the tower for ISK 1000.

Like any natural phenomenon there’s no guarantee to see the Northern Lights on a trip to Iceland but the clearer your skies, the more likely you are to spot them should they appear. That said auroras are regularly seen from the city so always make sure you keep one eye on an aurora app and another on that sky!

Do you know any other free attractions in Reykjavik?