I’m always up for trying new things but one activity I’m not very keen on is roller coasters. Partly, I don’t really get the fun of it but mainly I just don’t like being thrown around while going at speed. Andrew, however, loves them so for a belated birthday treat we had headed to Alton Towers Theme Park in Staffordshire, England to let him enjoy some thrills.

Alton Towers is the UK’s biggest theme park but is oddly located in a small countryside town in Staffordshire which makes a bit of an issue for the large numbers of visitors who arrive each day. After enjoying some rush hour traffic on our route to Alton and then some tiny country village roads on the way to Alton Towers – which must be chaos in peak season, we manage to arrive for opening.  On arrival you need to find somewhere to park and head to the monorail station next to the car park and straight into the large queue to get on it. As we do so I think we both sort of dreaded that this was a sign of the day to come, queue followed by queue but it turned out not to be the case and the park was relatively empty on our May trip.

Typically a £50 per person entry fee,  there’s was no way we would have normally come all the way to Alton Towers especially as I’m visiting only as chaperone and photographer but we had converted some Airmiles into park tickets so for us it was effectively a free day!

We decide that the best option was to head for the roller coasters at back of the park first, which turns out to be a very good idea as Andrew walks straight onto one of the newer attractions Rita. Another of the top roller coasters, Thirteen, is right next door so Andrew walks straight onto that one too. As well as the theme park being quiet there is also a queue skip system for single riders meaning there is pretty much never any time spent waiting.

By lunch time Andrew had ridden four of Alton Towers “Big Six” along with a number of other smaller things and I had even gone on Hex which is sort of a haunted house attraction but one where it’s like the room is spinning and I just felt ill and had to look at the floor. It was a pretty terrible spooky story and horrid ride for me but the exit is through the actual Towers that give Alton Towers its name and this part is actually very interesting to see. If we had had time I would have loved to explore the ruins of the house and the gardens as they are all very pretty and something a little more my cup of tea.

Our first attempt at The Smiler didn’t go well as there was a technical error but unfazed we continue to go round all the rides with Andrew heading on Air, Ripsaw, Nemesis and Nemesis Sub Terra before I join him on a weird laser quest ghost train ride called Duel. For some reason I let myself be convinced to go on my first, and only, roller coaster of the day; The Runaway Mine Train. It’s a kiddies ride but still seemed pretty intense to me which Andrew found highly amusing. But I did go on it twice so I proved myself not to be a total wimp.

I also tag along on the River Rapids in the hope of not getting wet which would have been successful if other people hadn’t sprayed me in the face with a water gun, I guess it is supposed to be funny but other visitors can pay to shoot those on the rapids with spray guns from the path but I didn’t find getting sprayed in the face by strangers very amusing. Sticking to the water rides, we head to The Flume next which has a little bit of a queue and the most horrid children ever. A small child actually pushed me shouting “move” to try and skip us in the queue and when I didn’t let him he kicked me in the leg! I can’t imagine how horrid the queues must be in the busy seasons when you have loads of impatient children – it’s certainly not something I’d want to experience.

Our trip on The Flume led to us getting a little wet, in fact soaked to the skin wet, and we end up splashing out (sorry) on the dryer machines which don’t really work. If you find yourself in the same position I wouldn’t really bother with these but in hindsight I’d prepare before hand with a towel or extra clothes if your planning a few water rides.

From here, Andrew heads off the try The Smiler again while I, still a little soggy, wait in the sunshine trying to dry off. This is really the only queue of the day during our visit and in the end Andrew waits 45 minutes to get on but apparently it was pretty good. This leaves us with half an hour left in the day so we squeeze in another go on Rita and Thirteen before we heading back to our hotel for the night.

Overall, its definitely a good day but with the park only open from 10am to 4.30pm during off-seasons it’s a bit of a rush to get everything in. We were lucky that the park was so quiet but even just wandering from one bit of park to another takes up a fair bit of time. Alton Towers do offer a  second day ticket for £10 and I think if you wanted to go on everything or even just to get the most out the park on a busier day you would definitely need it. We skipped a few smaller rides, didn’t go to the children’s ride sections and Andrew was always in the fast queue as a single rider and we only just managed to get through everything we wanted to.

As a non roller coaster rider, I agree with many reviews you’ll find online that there should be a supervisor or chaperone type ticket price. If we had paid full price it would have been such a waste for me to go so it must be such a rip off for parents or grandparents who take the kids but don’t ride anything at all themselves.

If roller coasters are your thing then off-peak times will definitely make your day worth it at Alton Towers and even if you’re in a group the single rider queue will help you skip the lines if you don’t mind not being next to a friend.

We managed to make it out the park fairly smoothly and even back to the hotel pretty quick and avoiding rush our traffic so we had a good day at Alton Towers skipping all the stresses that usually come with theme park trips.

Have you visited Alton Towers Theme Park? Did you manage to get on all your planned attractions? 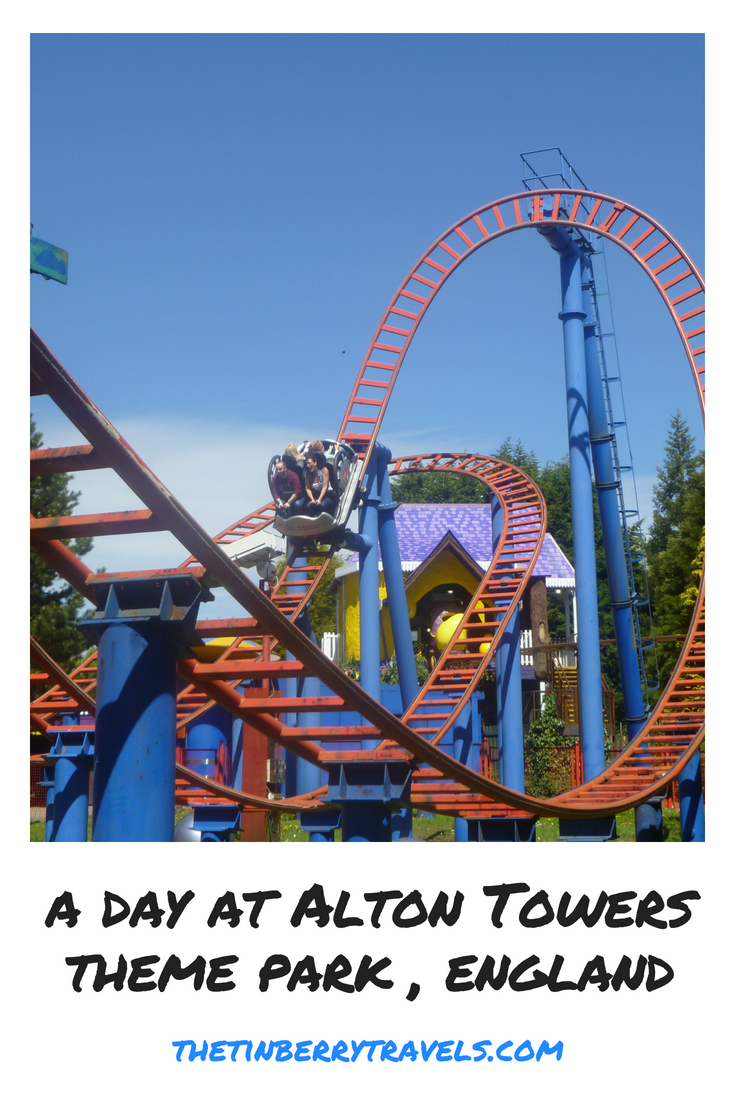