The boat journey across from the Townsville Harbour is a very rough one and so I arrive on Magnetic island feeling a little worse for wear as I catch the bus onto Alma Bay where I’m staying for the next few nights.

Once I’ve had a chance to view my surrounding for some this place really reminds me of Tracy island. Maybe its the rocky outcrops and patchy tree lines that don’t look quite real but I feel like I’ll look up and a mountain will be opening up to expose a Thunderbird at any time. Anyway, other than that my first evening turns out quite animal themed. Round the corner from my hostel there’s a spot where you can go and feed wild rocky wallabies. They are adorable. There must be about thirty of them once they realise food is about. Most are still shy but some will come up to you and will happily eat out your hand. They are very cute especially the baby ones and I very much want to steal one and bring it home but not sure how backpack trained they are. After dinner while sitting on a step a little echidna wanderers past and off he goes rustling about for food in the bush next to me. As if I wasn’t excited enough about that not long after a possum appears and whether Mr Possum didn’t see me or somehow confused me with a tree he was ready to climb onto my lap before realising I was a person and changed his mind and walked off. So far I’m liking Magnetic Island – its wildlife central. 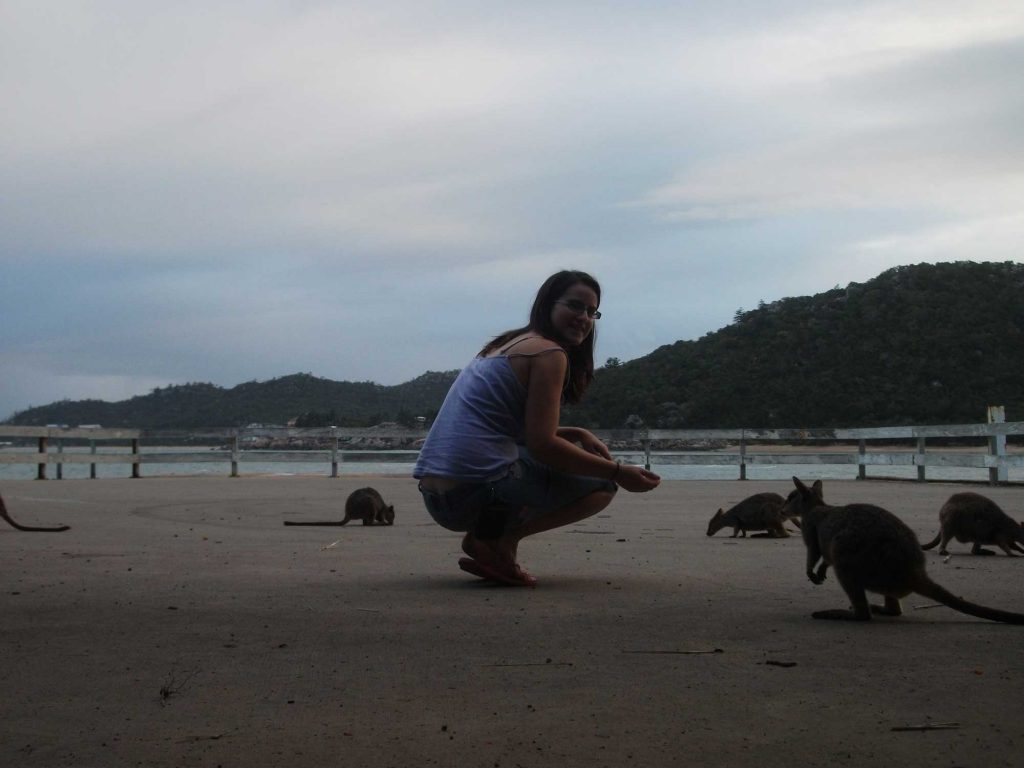 Day two which was supposed to be a trekking day but ends up being a kind of a nothing day as I only do a short walk and a bit of a climb for a good spot for lunch. I go play with the rock wallabies again before listening to some live music at the hostel rather than head to the much advertised full moon party in the hostel in the next bay. The party which turns out to just be a club night once a month at the hostel rather than an actual random party on the beach like in places such a Thailand. I decide I’m not too bothered about going since it’s a $35 ticket and no bring your own on drinks so it’s just going to be an expensive night out which I’m not up for nor can I afford. So I listen to the live music at the hostel instead. Once again I make friends with the wildlife when a baby possum actually leaps into my arms. True story and there is a witness if not a photo even though my witness had one in his hand. 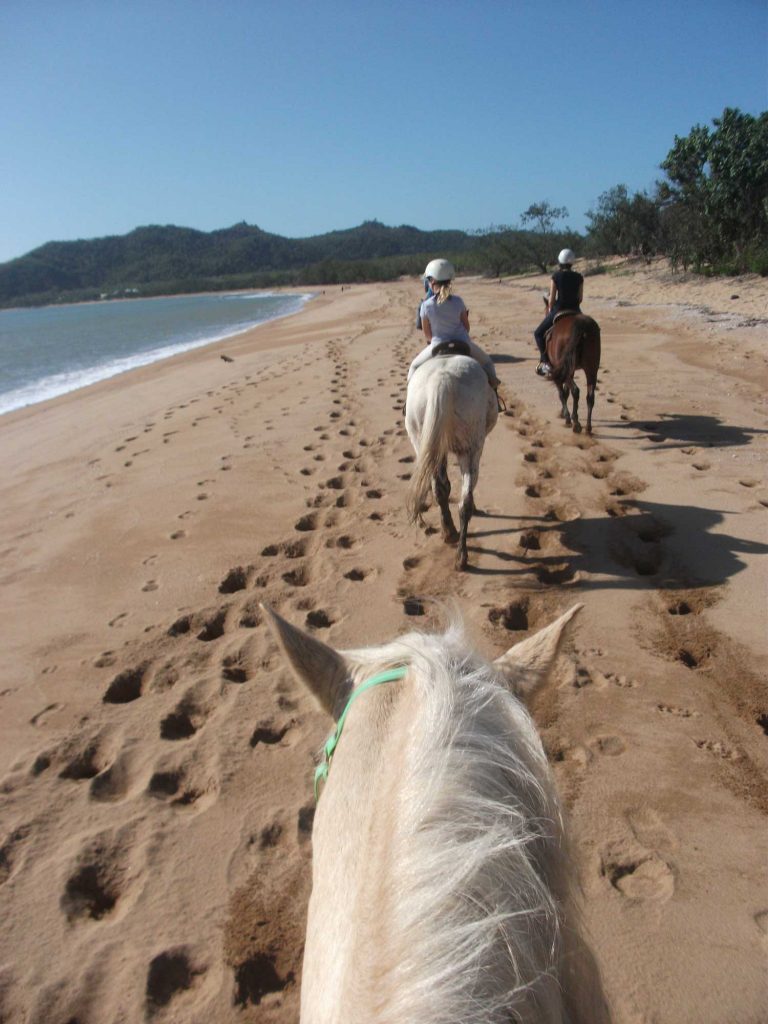 My last day on ‘Maggie’ as she is known to the locals is busier with a morning horse trek on the other side of the island where you actually get to swim with the horses as well. It was quite a nice morning but the swim with horses was a little over exaggerated which I guess was to be expected. More of a five minute dip in the sea than anything during which my horse decided it would like to roll. Riding a horse bareback is not something I’m used to let alone through water while its desperate to roll. I luckily stayed on even if “Blondie” did dunk me once or twice.

Later I head off on The Forts Walk up to see where the American soldiers were posted during WWII. The forts and gunposts etc were not very interesting at all mainly because they weren’t there. When the Americans left they removed every thing so all that’s left to see is a few concrete boxes and one big one on the hill which was the signal tower. The views along the walk however were very pretty and there was the odd baby koala to spot too. On return to the hostel I said goodbye to my wallaby friends before head off the next day.

From Magnetic Island I’m travelling on to my next Volunteer stop at Tully where I’m helping the organisation Blaze Aid rebuild after flooding and Cyclone Yasi.