I managed to get to some of the Anzac Parade before work and it was really strange to watch so many old men marching. Back home I don’t think there is the number of men in the parade left,  let alone able to march for twenty minutes. I thought perhaps I was confused and these were the men from the Vietnam war but they were definitely carrying the WWII campaign flags complete with years. I visited the Anzac Square which is right next to the hostel and opens up the eternal flame gates on Anzac Day only to find lots of Japanese tourists posing next to it making peace signs and in various myspace style photos. I left in disgust. 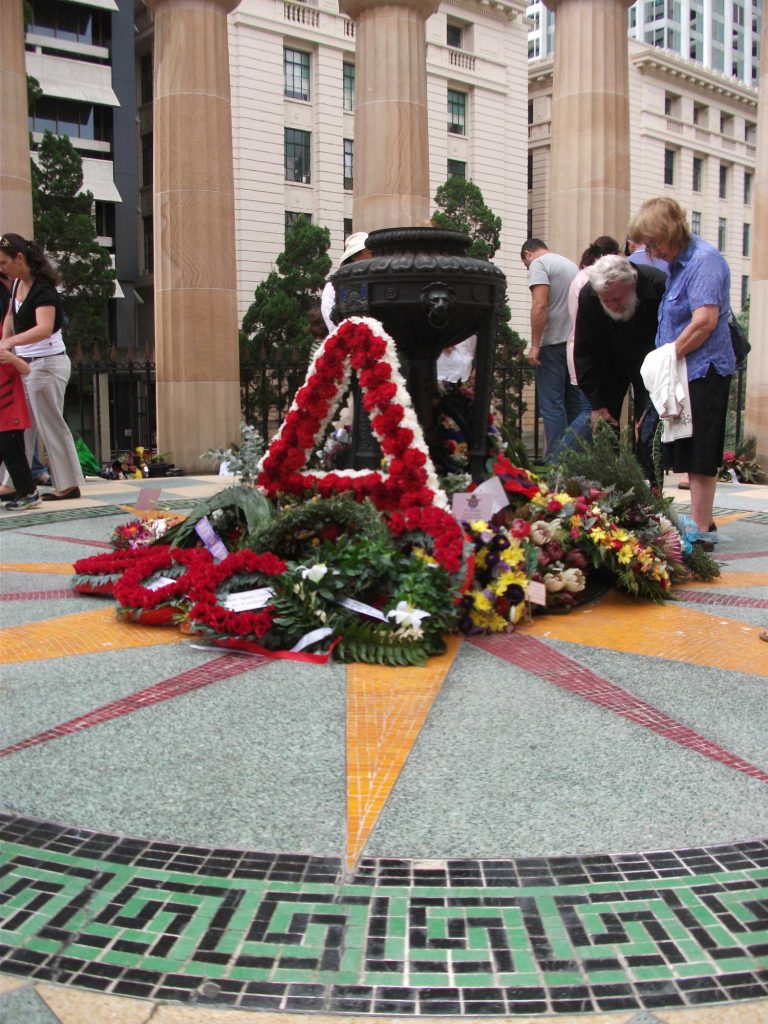 Before leaving Brisbane (again) there was a few nights out with my room mates and round at the old flat where an American friend introduced me to my new favourite food, well maybe more snack: peanut butter and honey on toast. Tasted awesome.

So once again I’m in Rainbow Beach and this time a little more alive than before. I had my day trip to Fraser Island yesterday but I wasn’t as impressed as everyone else was. Everyone loves Fraser Island and lots of friends have recommended it but I think it’s been over hyped a bit for me. My expectations were higher but maybe the weather had a factor in my under appreciation of Fraser. It was freezing cold and pouring rain on the day we went and I was dressed for sun so not the best frame of mind to start with.

So Fraser Island- largest sand island in the world, contains the largest perched lake in the world, the only pure bred of dingo in the world but most impressive to me; Fraser Island has dinosaurs. This is the filming location of BBC tv programme Walking with Dinosaurs. They seemed to be pretty shy though cause I didn’t see any when I was there.

Our morning started early and at 7 I joined a group tour. We caught the ferry barge from Inskip Point outside of Rainbow across the Tin Can Channel to the island. There are no roads only the beach and some inland tracks so there was a whole day of rough off road driving and some scary times when we met over vehicles on the tracks coming the other way.

We headed to the North part of the Island first to see Eli Creek where there was the option to go swimming but was such a cold and horrible day I did not feel like getting in. On the way there we spotted our first dingo and you can see why they have so much trouble with people not paying attention to the warnings because they just look like dogs. They do not look like they would attack you but a few days before we arrived a young girl was attacked by the dingoes and signs all over the island warn not to approach them and to keep children within 5 metres at all times as the dingoes will attack even small teenagers. I would not consider myself that much bigger than a small teenager but I do not plan to wander off on my own. After Eli Creek was the Pinnacles, large colourful rock like formations made up of layers of sand. I’m sure in the sunlight these would be quite impressive but the rain literally put a damper on things. There was some intermittent sun at the Mano wreck; a Scottish build ship which was a luxury cruise liner and then a War Hospital Ship during the war before being sold for scrap metal only to be caught in a freak winter cyclone and be wrecked on Fraser Island. 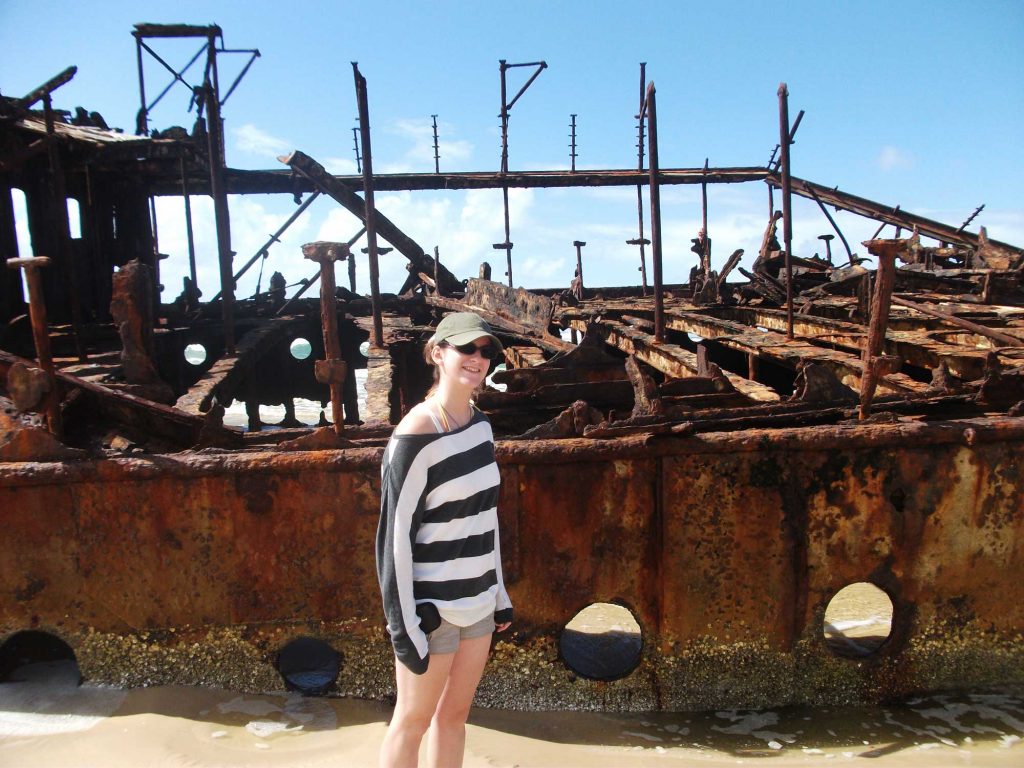 After lots on beach driving it was time to head inland to the Eucalyptus forests and the central rain forests of the island. We stopped for lunch at Lake McKenzie and actually got a patch of sun so I even went for a quick swim. It was a very pretty spot and lunch turned out to be pretty good to even if we did make a big lizard friend in the process. On the way back there were stops at Central Station which was where the loggers stayed before the island became world heritage listed and then at Inskip Point on the mainland for tea before home.

I was a long day driving on unbelievably rough tracks so I was pretty exhausted when I got back. Perhaps if it was spread out over a few days like most backpackers do it, it would be better or if there was decent weather but it was a nice trip even if for me it was quite over hyped.

The evening of course brought the spectacle that it the Royal Wedding. Initially I wasn’t bothered about watching but as a roommate pointed out when is the next one going to be. So we figured its just one of those things you watch. The hostel pub was packed but we found a spot though I quickly moved to be away from the overly enthusiastic English girls wearing tiaras and headed to sit with some Germans and an American who’s initial question was “are you English?” and having stated Scottish I seemed to be ok to sit with them.

Next stop is Bundaberg but only after an entire day of hanging around Rainbow after a 9am checkout with the bus to Bundy at 7 at night. Did spot some wild brumbies in one of the parks. They weren’t really what I expected. I was thinking they would be more muted colours or maybe have a different shape in some way but they just looked like normal horses. Not the Silver Brumby cartoons of childhood. Oh well to Bundy.