There are a few things that make Edinburgh globally famous; one castle, one Royal Mile and countless festivals! Edinburgh has become well established as a festival city but when most people talk about being in Edinburgh during “the festival” they often forget there is much more than just the Fringe. Edinburgh has an action packed calendar of big name festivals focusing on everything from science to art, jazz and literature! While these are all certainly worth a visit, Edinburgh also plays host to plenty of small and unique festivals to bring you a new perspective and a change of pace from the overcrowded chaos of some of those large-scale events!

Here’s a few smaller festivals in Edinburgh that might be worth a wee look.

As well as enjoying the acts and performances, Edinburgh festivals are all about finding new places and nowhere brings unique spots to life more than the Hidden Door Festival. Using unusual or disused urban spaces as a platform for performances, the festival adds a great atmosphere to events and breathes new life into forgotten places. This year includes a variety of options including classic film screenings, dance performances, spoken word, theatre and art exhibitions based across the Leith Theatre and the former State Cinema.
Next Festival: May  2019

An environmental and social justice film festival, Take One Action is true to it’s name – highlighting that even one action can make a change and showing audiences what that action could be. Screening films covering a wide range of issues such as climate change, gender inequality and the refugee crisis, this festival ensures there is always a space for discussions or related activities to help audiences get involved in the topics. Events take places in a number of venues across the capital as well as in Glasgow but make sure to keep a look out for the Wee Green Cinema too where people power is key to keeping the movie running with cycle-powered sustainable screenings!
Next Festival: 12th – 23th September 2018

Who doesn’t need a little more wonder in their lives? Since 2010, The International Magic Festival has been the UK’s largest magic festival and attracts performances from international and award wining magicians. Like all good festivals there is a variety of events across the week long schedule with solo and group acts across the city, kids events and a few free performances as well.  In 2018 MagicFest also held the first ever Wizard World Gathering where suitability dressed wizards could party the night away with potions and other-worldly musical entertainment free from all those muggles.

LOOKING FOR OTHER THINGS TO DO IN EDINBURGH? – National Museums Collection Centre

If you know your Buxton from your Brouwerij Kees then this is the beer festival for you. Based in the former Crawford’s Biscuit factory, now a rather trendy arts space and venue, the Craft Beer Festival brings world renowned breweries together with street food and music acts.  So if you love your craft beers or are just happy to enjoy a few, this one might be worth a look!
Next Festival: May 2019

In recent years Leith has managed to shake it’s former dark and dingy reputation and is now a popular destination for visitors and Edinburgh locals alike but Leith has always had something to celebrate as this festival can track it’s origins right back to 1907! The Leith Festival brings together the whole Leith community to showcase everything that make’s the EH6 post code a cool place to be. Kicking off celebrations with the Gala Day and Pageant and wrapping them up with the Leith Festival Tattoo the whole area will be a buzz with art shows, theatre and music for nine days solid!
Next Festival: June 2019 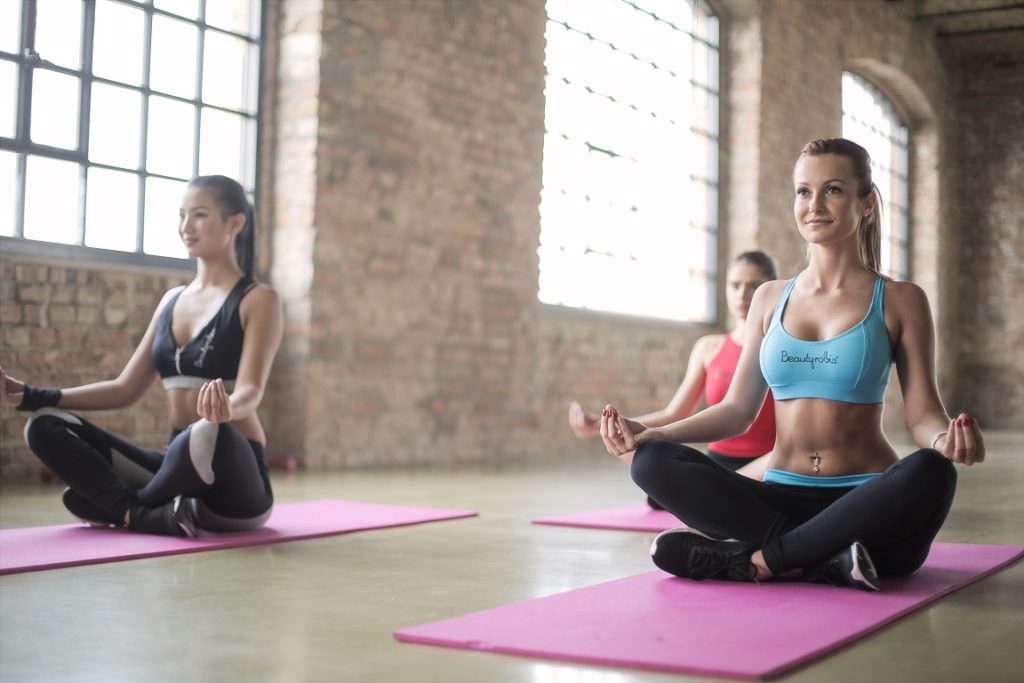 Edinburgh festivals can get stressful so maybe this one will help calm things down a little. Each year the Yoga Festival includes a range of classes in Yoga studio’s across Edinburgh with workshops focusing on the many different forms. With a wide range of yoga and meditation classes the festival aims to find something for everyone. Of course, like all good festivals there’s also a festival party with music, food and Shiatsu sessions.
Next Festival: May 2019

If you’ve been mesmerised by Edinburgh’s various art galleries then Annuale might be the event for you. A grassroots festival showcasing contemporary visual art, Annuale promotes local galleries and art projects and aims to get people involved in art exhibitions and live art instillation. Now in it’s 14th year  it has certainly established itself as an Edinburgh’s art lovers festival is is a unique alternative to the main Edinburgh Art Festival.
Next Festival: June 2019 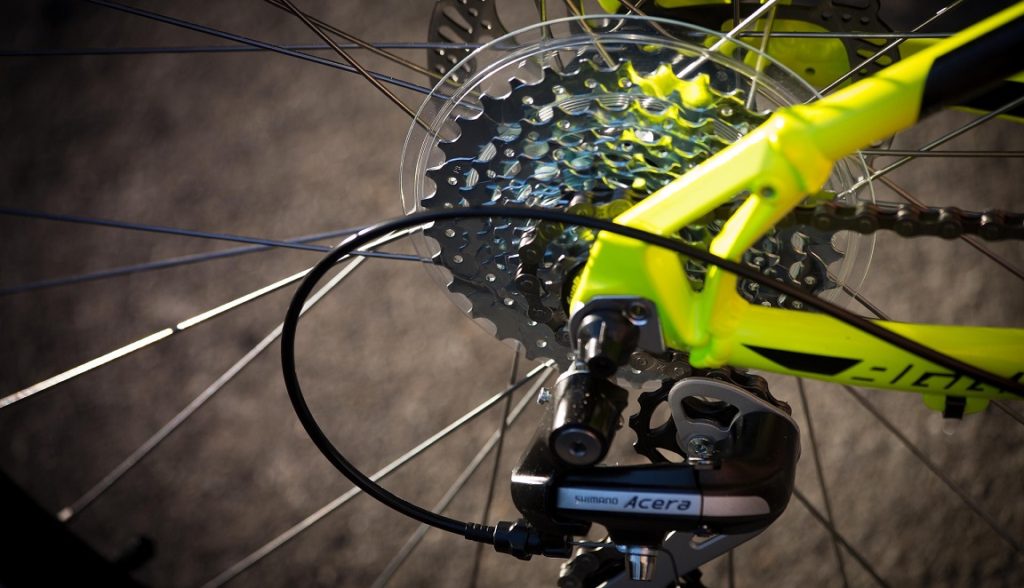 If you’re looking for a change from all the high brow cultural festivals why not enjoy one of the sports themed smaller Edinburgh festivals – EdFOC 2018. Edinburgh is certainly a cycling city and with miles of cycle lanes as well as a legacy of great cyclists like Sir Chris Hoy, it’s clear that Edinburghers have a thing for bicycles. This festival aims to cover all forms of cyclist from the casual Sunday biker to the competitive sportsperson but also ties in lot of other areas for enthusiasts. Events include guided ride tours (including an Outlander one!), workshops on cycling and mental health, film screenings and even talks on cycling’s place in the climate change and sustainability debates. This Festival really does cover all bases when it comes to bike and their place in society and have family friendly and free events across the schedule too.
Next Festival: June 2019

The little brother to Beltane held in April each year, Samhuinn is a smaller but no less spectacular fire filled event. Winding through Edinburgh’s Old Town, including along the iconic Royal Mile, performers act out the changing of the seasons and the battle between the Summer and Winter Kings through theatre and dance. This is an excellent opportunity to see some amazing street theatre, some fantastic fire displays and some outstanding costumes (although there isn’t always very much of them so slight nudity warning if you’re taking little ones). The event is free to watch though donations are welcomed.
Next Festival: 31st October 2018

Scotland has a strong history of storytelling which lives on to this day.  Each year The Storytelling Festival focuses on a different theme with this year marking the 30th Scottish International Storytelling Festival with the theme of Growing Stories. Events include workshops, walks and spoken performances throughout Edinburgh as well as wider Scotland.  A large number of the events will be based out of the Scottish Storytelling Centre but if you miss the festival you can always stop in at other times of year  to explore traditional arts, heritage and of course storytelling exhibits.
Next Festival: 19th – 31st October 2018

Have you enjoyed any of these smaller Edinburgh festivals? Perhaps you’ve attended some great events elsewhere? Tell us in the comments below. 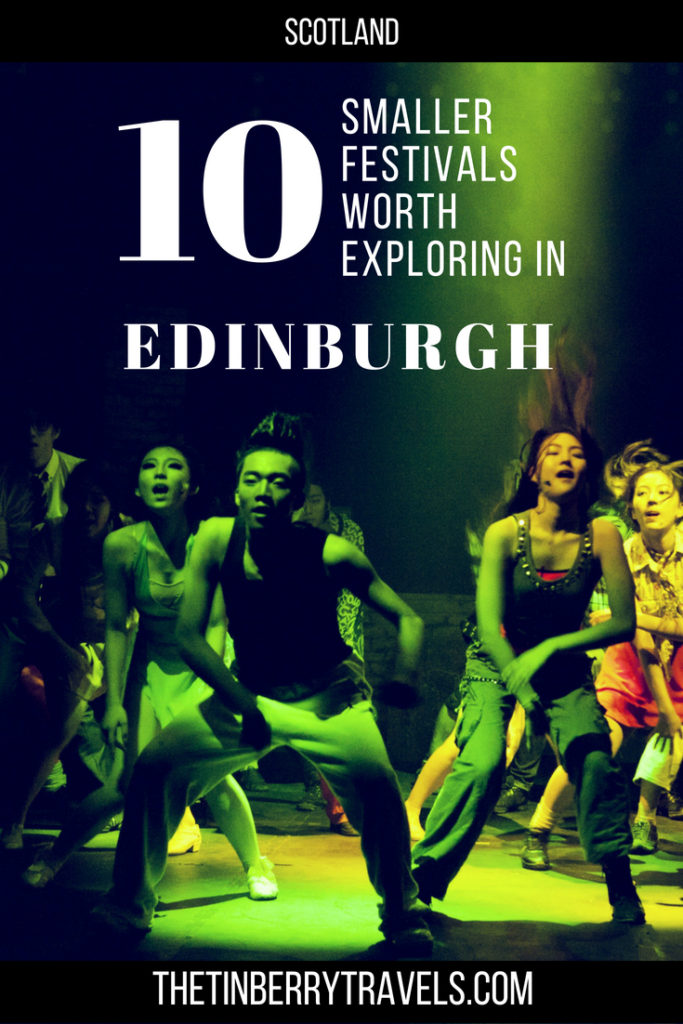