We recently took advantage of a trip out to the Inner Hebrides. Unfortunately, we didn’t get the chance to stay on the Isles but we did spend a night in the lovely Oban and opted for Oban Backpackers Plus for our stay. Here’s our quick review of our private room option.
When we started looking for accommodation in Oban, we realised it was a little higher in price than we had hoped. Being the super budget conscious people we are, we are always hoping to be able to book a hotel room for under £40 a night as unrealistic as that can sometimes be.

After exploring the various comparison sites and eventually ruling out hotels in the area we had a search for hostels and it turns out there are a few in Oban but Oban Backpackers Plus seemed to be the one for us. Nice and central within 5-10 minute walk of the Ferry Terminal and offering an ensuite double for a reasonable (for the area) £58 and the nice little bonus of breakfast included in the price.

We arrived at our hostel around 9pm after a day out on Mull, Staffa and Iona and headed to reception, managing to pick the 10 minutes the girl had gone on break but she had left a sign and it allowed us to take in the common area which seemed very cosy. The hostel has formerly been a church and they have kept some of the features such as the stain glass windows while adding a trendy backpacker feel with new artwork and seating layouts. 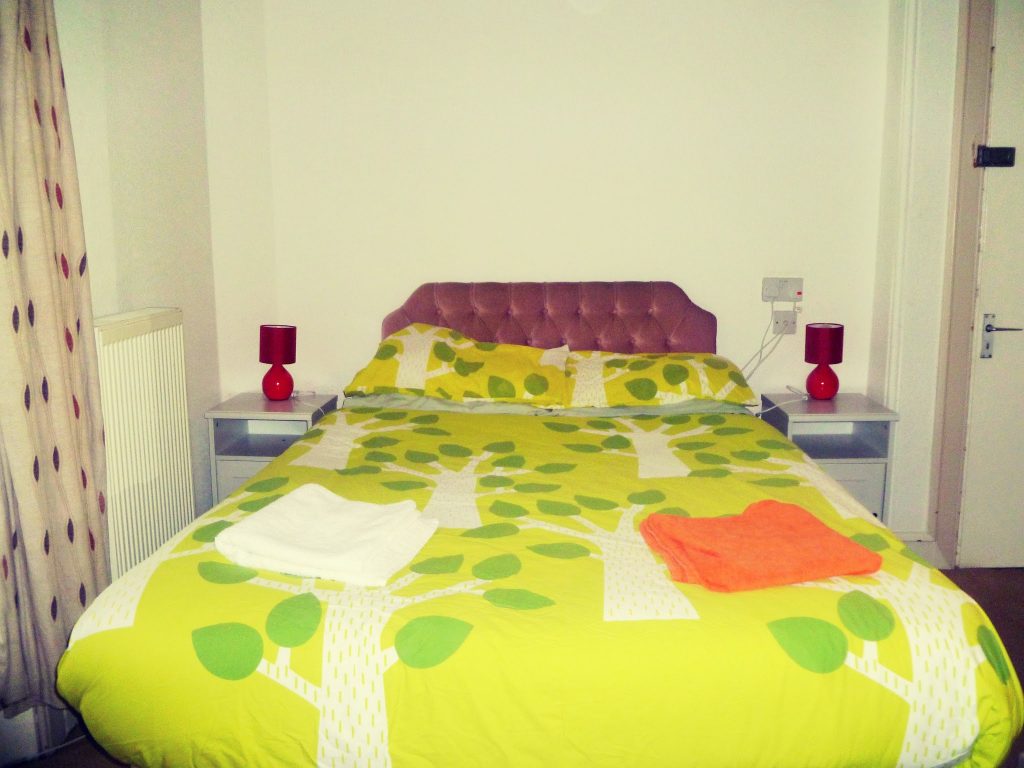 We found that our room was actually down the street which we are a little relieved by. While we can’t speak for the Oban nightlife, hostels can often be noisy places even in towns as locals find it easier to crash here than to head home at 3am after a night out and we feel we’ve maybe got passed that stage in life and really just want a nice kip.The annex down the street turns out to be in a converted house with most bedrooms upstairs and a kitchen and lounge set up on the ground floor. Much less of the hipster backpacker atmosphere and more a homely one.  Our own room is a fairly big room, especially compared to some hotels we have stayed in for much more and appears to be a family room option with both the double bed and bunks. We had noted on the website that some rooms where configured as triple or quad rooms though you do pay an extra per person fee if there are more of you staying. 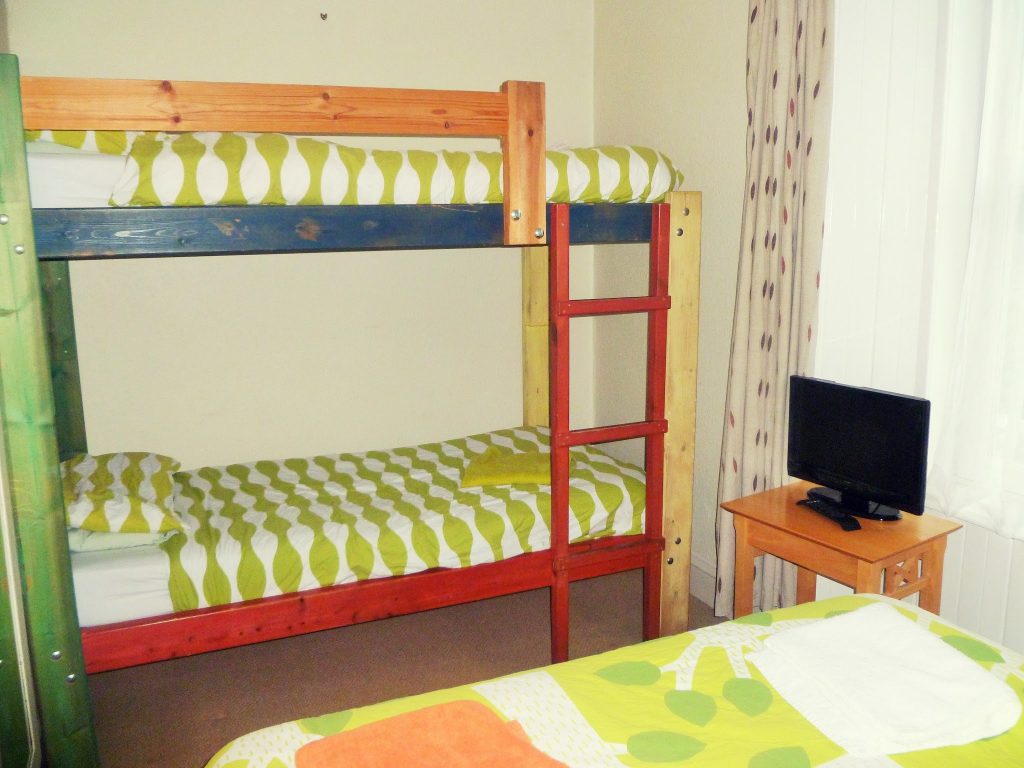 We opted for en suite and it had the nice touch of a bath rather than just a shower, though the colour was a little interesting. The hostel provide towels and we were surprised to even get a TV in the room which allowed Andrew to catch the remainder of the day’s football. There is also helpfully wifi in the rooms which seemed to be very fast and reliable in our room.

The room itself was just what we were looking for and more than we expected from a hostel private room and much better than some of the hostels and B&Bs we’ve staying in, in the past. Though other hostel goers describe modern rooms for Oban Backpackers on Trip Advisor ours was a little worn round the edges but perfectly nice so I guess there is a range or they are in the process of updating.

Check out was an 11am affair so we took advantage of the extra time to catch up on sleep after our previous early morning but headed down to the self service breakfast shortly before leaving. Consisting of an array of cereals and toast options along with juice and tea and coffee it was ideal for us for a quick munch before check out.

Overall, the staff we spoke to were very helpful and before our arrival had happily moved our booking earlier in the week without fuss or charge. We got a good night’s sleep in a comfy bed and a cosy room, with breakfast thrown in so what more could we ask for?

the tinberry travels has no official endorsement deal or partnership with the places, items or services reviewed unless clearly stated