America is well know for its tipping culture. Even if you’ve never been in person, you’ll have seen it on the sitcoms or in the movies. In Scotland, leaving a tip has crept in and the amount somewhat crept up in recent years but really the only place you tip is a waiter in a restaurant and possibly a food delivery driver though this varies place to place. Typically restaurant tips are only if you received good service and there certainly isn’t any fallout if you chose not to.  In American you tip everyone for everything irrespective of service, and that can be hard to get your head around. So what is the protocol if you do get poor service? Here’s some of my experience.

Why tipping is such a big thing in America

This is a system I really don’t understand. It works out well for businesses -underpay service staff so they rely on tips and make it culturally unacceptable to not tip at least 20% and you’re in profit. While tipping is technically not mandatory unless stated in the United States, it is standard practice and many restaurant staff depend on tips as an essential part of their pay. Tips are often counted as part of your wage and therefore employers can sometimes pay as little as $2.00 an hour with the assumption that the rest will be covered by customers generosity.

This often means food servers may go out there way to be extra nice to you in the hope of a larger tip or that a hotel staff member may go the extra mile in the hope you leave something for them when you check out but it’s doesn’t mean everything is peachy all the time. Bad service does still exist and actually, for me, the US had the worst customer service of anywhere I’ve been. There was certainly no “Have a nice day” stereotype but there was a lot of rudeness and hands out waiting for money which can be quite a culture shock for those from elsewhere in the world.

US tipping expectations which surprised me

One of the worst cases of poor service that I encountered in the United States was during a trip in 2014. As part of a camping tour package my driver and guide opened with “you are all foreign but here you must tip me and tip me lots” within minutes of meeting her. Surely, if you’re going to see her everyday for the next two weeks it doesn’t need to be the first thing she says to you. “Hi I’m Megan, give me money!” In my opinion you never mention a tip. 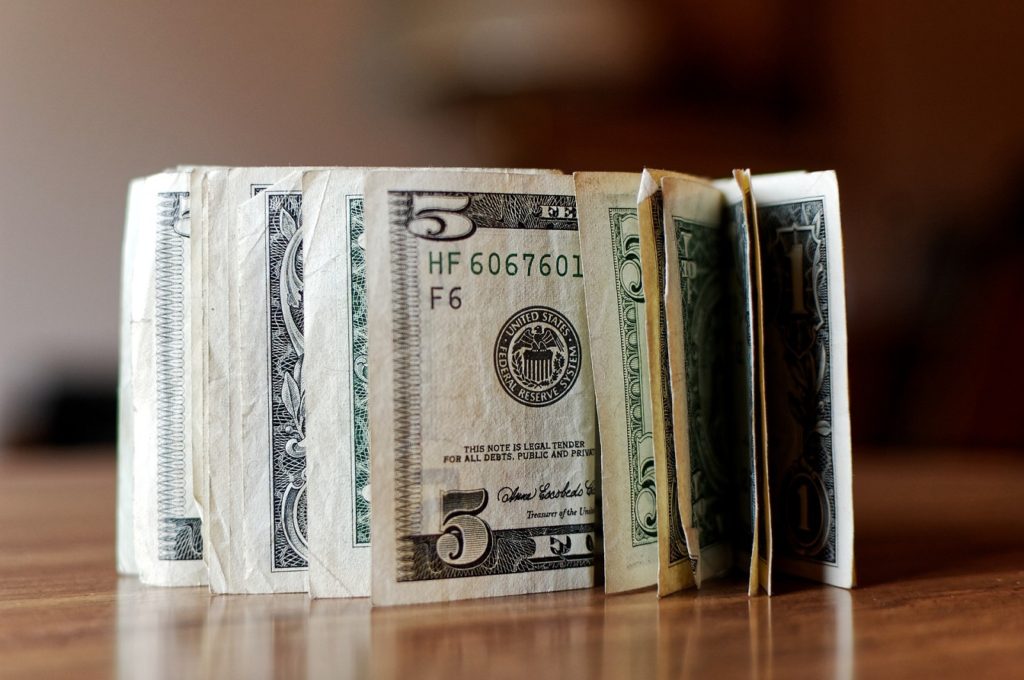 Another odd experience was on a sailing trip in San Francisco, California where guests had to pay a set mandatory tip for the crew up front before even seeing the boat. I’m very confused as to how does this promotes good service if the staff have the tip beforehand? Of course, said staff also had a little bar on board to make extra money and you must again tip at least $1 per drink purchased.

It’s not only that tipping is often forced on you irrespective of service quality it’s that everyone expects a tip. From the hotel receptionist, bar staff, taxi drivers oh and you should leave a tip in rooms for the cleaners too. I did not always obey these rules during my stay in the US as I simply could not afford to, which to many would have made me one of those horrid tight foreigners but I’m also on a budget. Luckily, I was not frequenting many restaurants or hotels.

So how much should you tip in America

Generally, the average tip for a sit-down restaurant is 15% to 20% of the total meal cost.  For larger parties this might be added automatically to the final bill so remember to check. In some locations tips are actually mandatory for larger table sizes but this will be stated on the menu or before you are seated but in these scenarios the amount you leave will not be negotiable and will be set percentage of the bill. For buffet restaurants there is conflicting information out there on how much to tip but a common courtesy seems to be to tip $1 to $2 per wait staff after they have clear plates from your table.

If you’re having drinks at a bar a $1 to $2 tip per round is usually expected. This is the same if you have ordered one drink or several.

If you do receive bad service, the expectation is that you will tip a lower value. Even if you’re waiting staff was atrocious, as a customer you are still expected to tip. According to many guides reducing a table service tip to only 10% will get the message across that the staff member you dealt with was not ideal.