The day trip to the Atherton Tablelands started very early, getting picked up at 7. After a fair bit of driving southward we headed out to the Babinda Boulders. The town of Babinda is actually Tully’s rival for the Golden Gumboot award held every year when the town with the highest annual rainfall wins the prize. Babinda has won the wettest town award for the last six years and proudly displays the Gumboot in the post office window. However, since Tully has the giant Gumboot and is known as the Gumboot town, Babinda made sure they got in on the action too and proclaimed themselves The Umbrella Town. Not too catchy but at least you know what to pack if you’re visiting.

The morning was particularly cold when we ventured out to the Babinda Boulders. We were told the Aboriginal curse of the area which basically goes like this; young aboriginal girl is arranged to marry the old medicine man of the tribe but falls in love with a young warrior man of a neighbouring tribe and they run away together. Both tribes hunt them down and on finding them they break the leg of the young warrior shattering it with a spear – the worse punishment for a warrior as when the leg heals he cannot walk properly and hence can’t hunt, and he is exiled. Many areas around Babinda have red sand deposits and this is the blood trail he left on the land. The girl, now recaptured, must still marry the medicine man but not being able to face this throws herself in the water at the Babinda Boulders and drowns. Suicide is not allowed in aboriginal culture and so the Dreamtime spirits, angry at her crime, turn the lake upside down trapping her spirit in the water where she still calls out to find her love. Since the 1930s nine single young men have drowned here but only 4 bodies ever recovered. This is supposedly due to the girls spirit. So there’s a nice cheery Aboriginal story for you. Another explanation is that the water known as Devil’s Whirlpool is actually an underground channel and if you’re caught in the current you are dragged under and though the channel which leads all the way to the sea many miles away. And as for the single young men, well they’re just the ones stupid enough to play in water known as The Devils Whirlpool.

So from here we go a short distance to Josephine Falls where we go a short trek through the rain forest to see the pretty waterfall before having a quick barbecue breakfast which was quite tasty. Next stop Millaa Millaa falls which you might actually recognise as this is a popular filming spot for many adverts most recently herbal essences shampoos and quite notably also the location for Peter Andre’s music video Mysterious Girl. One of the boys on the tour even braved the 8 degree water to re-enact the hair flick scene of the video.

After stopping for lunch at Malanda we watched some wild turtles at the environmental park on the edge of the town and then randomly went to a chocolate and cheese factory. Basically a farm with a shop – how exciting. A short trip and we stopped at a nice spot to spy on some platypus in a lake which was cool. My first wild platypus and I even saw a baby one known as a puggle ( not actually their scientific nomenclature but cute none the less). Last stop of the day is the beautiful Lake Eacham which is actually an ancient volcanic crater that has filled with water. Had it been warmer I would have loved to go for a swim but I was happy to play with some of the wild turtles round the edge instead. 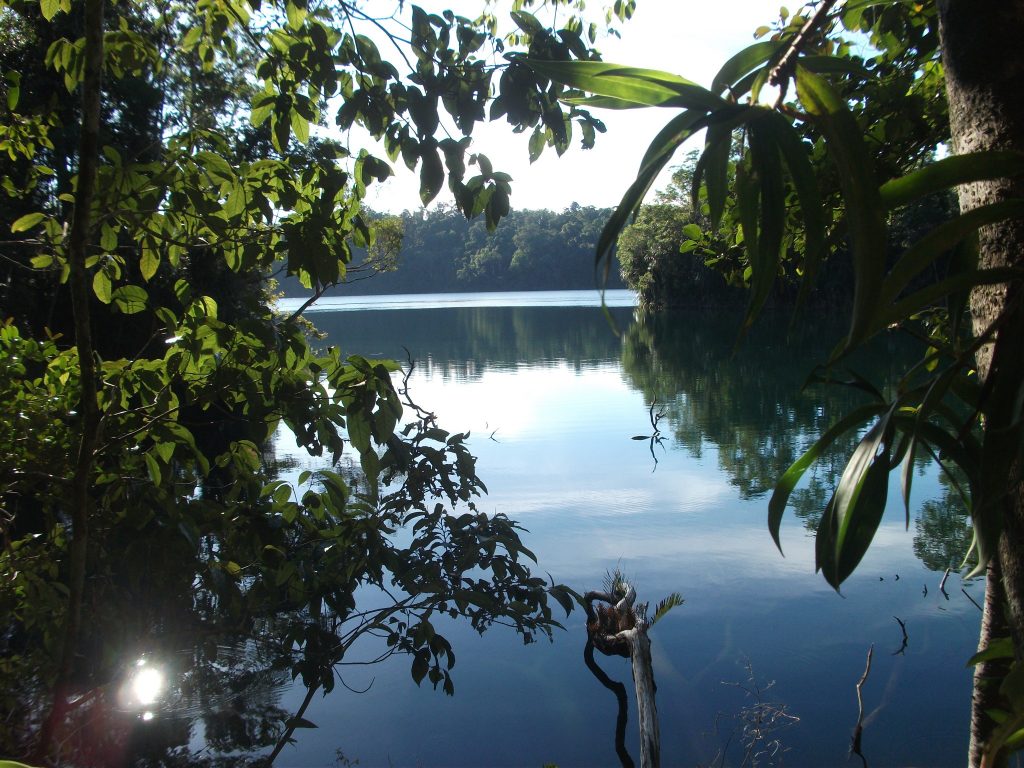