So I’m now all set for work at Cairns Tropical Zoo but I’ve managed to organise a few day trips on days off. First one to Kuranda. Even though I woke up a bit late on my planned Kuranda visit day I still made the train with a little time to spare. At 9.30 we set off with a very touristy commentary of the streets we were passing and history of Cairns as we headed to the next stop on the scenic railway route; Freshwater Station. This is where the crowds join since a lot of the tour companies do packages which include breakfast at the station.

From here we start the proper sight seeing bit and begin the scenic route through the rainforest while the overhead commentary tells tales of woe about the construction of the railway, the numbers of men who died and companies that went bankrupt, the altered routes and the living conditions while on the job. All cheery stuff. Luckily I don’t speak Japanese so I didn’t understand it the second time round – twice would have been really depressing. Where the rainforest opened up there were spectacular views out to the coast and the corners on the railways are the harshest in the world doing 180 degrees at some points but this gives good pictures. We past the famous corner bridge over the waterfall spot but you don’t get the same view from the train itself as the picture perfect one plastered on every advert and all the post cards but from the train it does lead you to think those designing this route were clearly crazy. We stop at Barron Falls which is a pretty awesome waterfall before the last leg into Kuranda, the village in the rainforest. 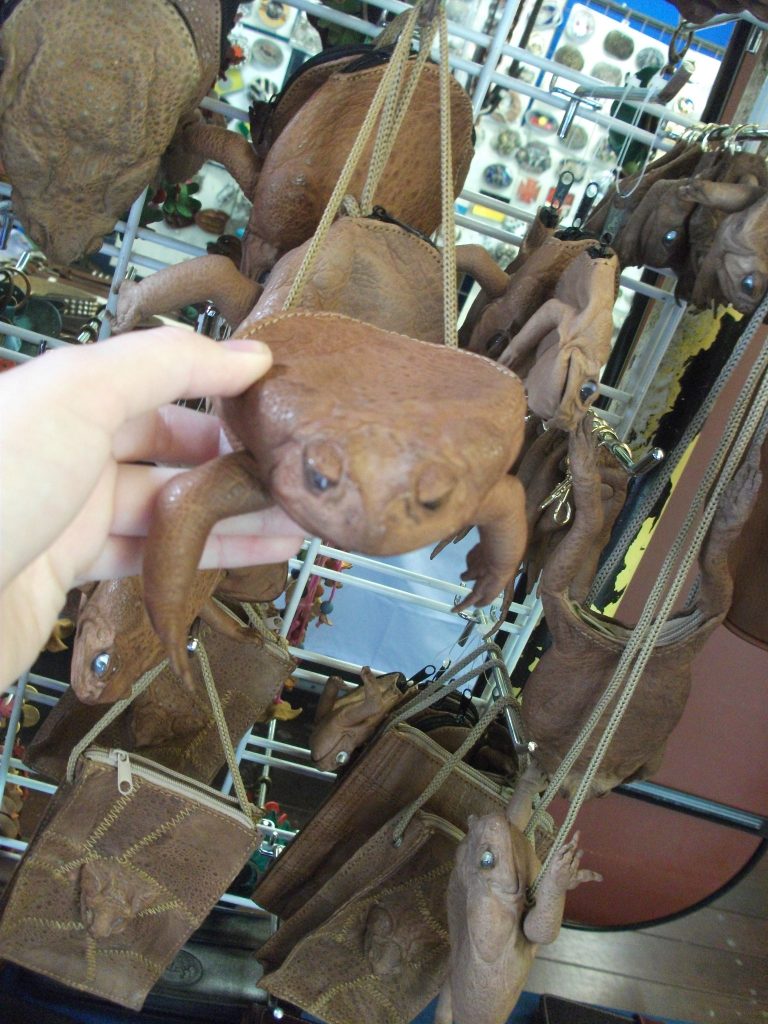 The little town has a nice sort of hippie atmosphere with about 5 different sets of markets which are fun to browse. Lots of roo hides and I even found a stall selling lots of cane toad stuff. Cane toad Purses, toad ‘leather’ bound diaries and various other odds and ends. I feel this is better seen than when described so check out the photos. While browsing the stalls at one of the markets I bump into one of the keepers from the zoo who gets me into the Kuranda Koala Garden which isn’t too exciting but has a few animal exhibits; a few koalas, a wombat, some wallabies and a few reptiles. Still it’s not bad for free. I visit a fossil and rock museum as well which is actually cooler than it sounds. Lots of fantastically preserved little lizards, dinosaurs and various fish and crustaceans fossilised in the rock.

After lunch in the park I go a short bush walk along Jumrum creek and then along the beautiful Barron River where I get my first wild croc encounter. Without thinking I wander up to the waters edge to get a better picture only to hear a splash behind me to see a tail disappear into the water. I’m quite annoyed for not even thinking to check, especially after looking for snakes, but also quite concerned that there are no warning signs. As I walk along the waters edge ( at a croc safe distance) I see the croc cruise tour boats going down the river stopping at spots on the opposite bank, I assume to let tourists get a better view or photo of the animals sitting on the other side. 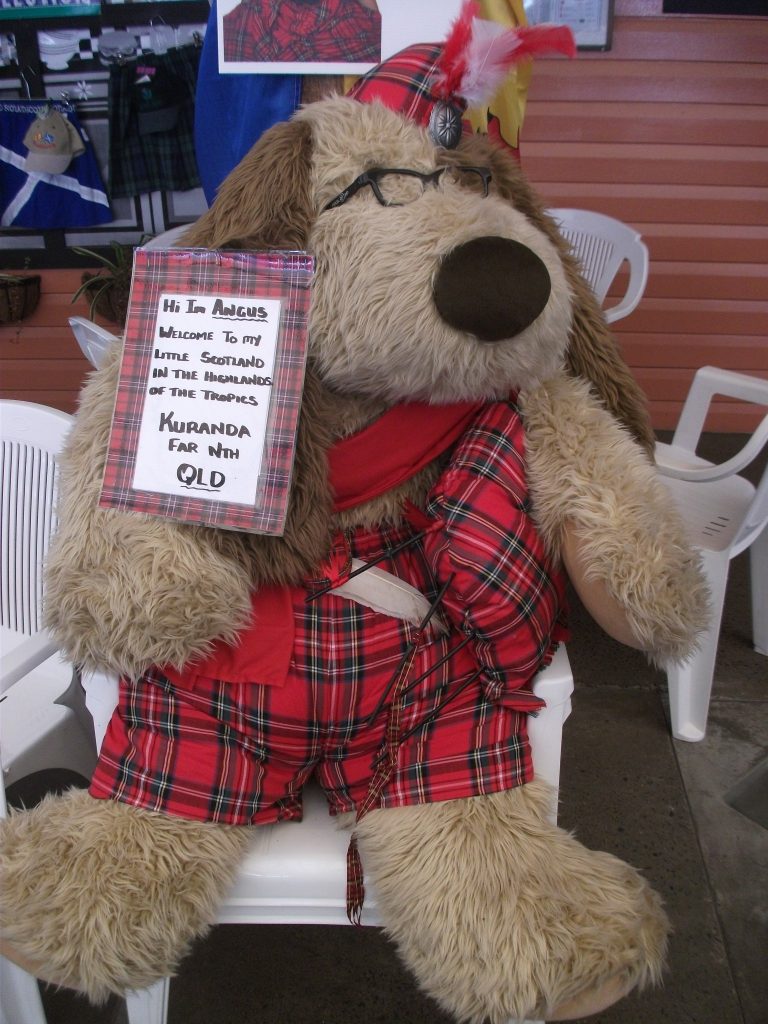 After another wander round town I randomly find a Scottish Fudge Shop entirely clad in tartan with several giant teddies dressed in kilts with names such as Angus, Hamish and Morag. What I find more confusing is that disappointingly they did not have any other Scottish food ( my hope of finding haggis or perhaps square sausages stays strong) but instead they stock all those little tacky items you’d find in a Scottish tourist shop like plastic toy Nessies and tartan pencils. Very odd indeed. But after that I head for home, via bus rather than the pricey train. After a long day in the sun it’s an early night before work the next day.