On Saturday life felt a bit more normal. Outside the water had completely gone from the corner where our home sits so we were now able to leave our island but roads are covered in muck and debris. We watched neighbours begin the clean up and heartbreakingly emptying their ruined possessions onto the street. 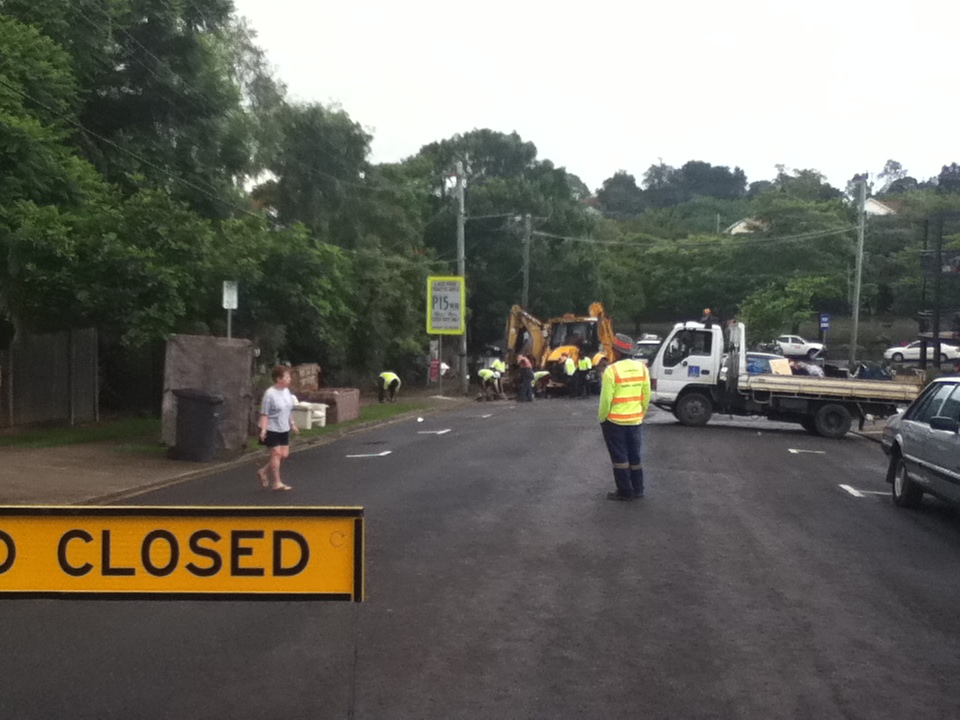 The roads surround our home were only open a short time before they shut again as city council workers, emergency clean up crews and even the army arrive with diggers and trucks to help clean the roads before we all get sick. I made sure to keep away from any mud with my open wound but there are flies and mozzies everywhere just ready to spread some nasty infection to me.

We are not near any of the evacuation centres distributing food so on Saturday I ventured to the next suburb to see if shops are open and what the shelves look like. Public transport was yet to resume on this route so I walked to Toowong to find a Coles supermarket. The shop is quite well stocked all considered but there are definitely a few empty shelves.

Outside everywhere stinks and looks disgusting. I made sure not to look too close as I know there are a few dead things in the muck and rubbish piles. The Brisbane river itself is still really high and still a horrible brown colour with trees, bits of jetty and peoples belongings floating by. Never mind the cattle from further up the river. Just walking home I feel very dirty because the sun is baking the silt and mud to the road and with each passing car the dust is thrown into the air. I pass many people having to throw out everything they own because nothing can be salvaged once the muck had touched it.

The government had issued a major health warning for the entire population to stay out of the water and away from the mud unless absolutely necessary but people just wanted to start the clean up and move on. Unaffected suburbs had been put on water usage restrictions to allow residents in the flooded areas to clean up their homes and streets to try and minimise the overall risk of disease. The news was already warning of predicted infections caused by the disaster and with a the dirty stagnant water a  mosquito epidemic. A Dengue or River fever outbreak was also being predicted and there really wasn’t much that could be done about it.