On Wednesday morning I was woken by the sound of helicopters. Not one or two but maybe six passing over one by one at around four in the morning. At the time I had assumed they were destined for the Lockyer Valley where, last I had heard, people were still trapped on their roofs but later I found out most of the helicopters were either film crews circling the city for a good shot of the flooding or rescue helicopters evacuating residents in nearby suburbs. The action was a lot closer than I thought. 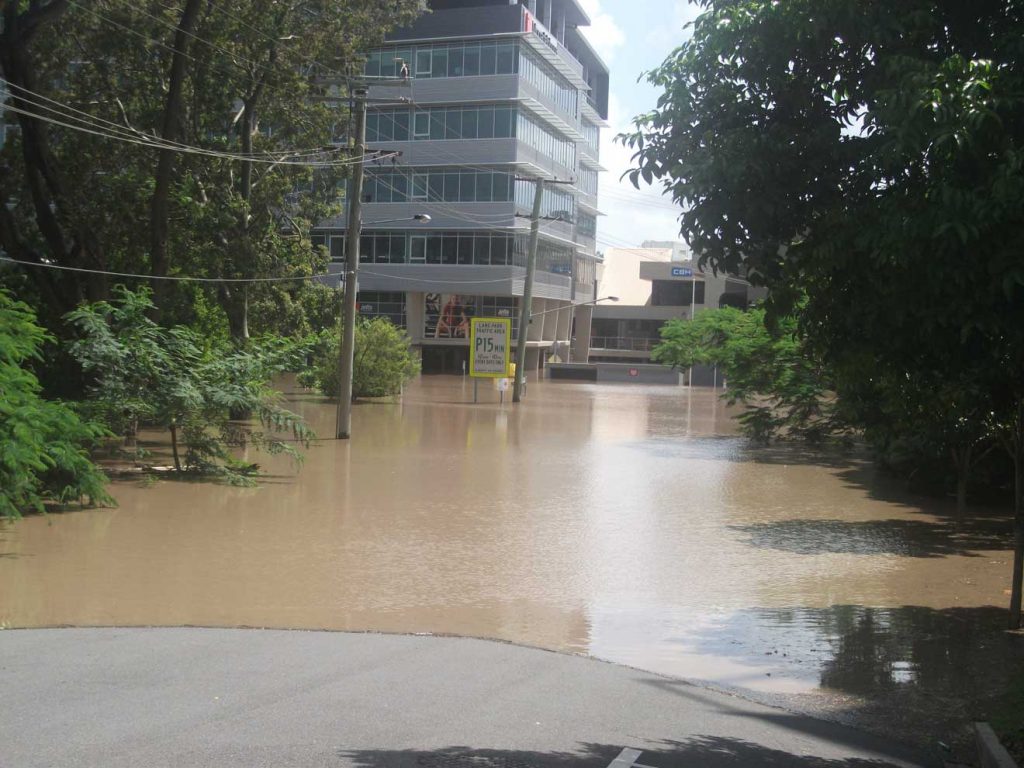 With no power and therefore no TV reports to follow we were a little in the dark about our situation but luckily the Canadian among us had a radio which was solar and wind-up powered so we could get some updates.

Wednesday turned out to be one of the hottest and sunniest days we had had in about two weeks but other than being good for the radio this wasn’t very comforting. Overnight the water had risen dramatically and the level was still climbing throughout the day. One of the city’s major routes; Coronation Drive was cut off in several places and slowly we became an island on our little hill at the top of the street as our neighbours slowly go under the flood waters.

By midday water it was over the street signs and we are almost completely cut off from the rest of the world. The river had long since burst it’s banks and was moving toward us with good pace but to add to the worries authorities don’t think the dam upstream will hold. If it broke…Brisbane is no more.

My flatmates continue to help neighbours move their furniture into our driveway as the bottom two houses in our row became submerged.

By late afternoon three of us took bikes out to scout around while we still could. On other side of railway we could see more flooding and a large number of fire engines, ambulance and police crew were positioned around the moving waters aiding in the evacuation process. By this point all transport had stopped and all roads around were impassable other than by boat.

Where on Tuesday evening we had sat eyes glued to the television set, Wednesday evening was our eye to the wind-up radio and it was sounding good. Our radio reports inform us that the worst is yet to come.

What has since become one of the iconic statements of the Queensland Floods, Mayor Campbell Newman update the previous day can already become the go to sound clip of every new show.

“Today is very significant, tomorrow is bad, and Thursday is going to be devastating for the residents and businesses…”

Having seen what had happened on Wednesday we feared Thursday’s devastation.