Christmas has arrived in our Auchenflower flat. Having introduced my flatmates to the wonder that is Freecycle we can now celebrate Christmas in beautifully decorated surroundings. Our flat bonding seems to be going pretty well with shopping trips, nights out to play pool and bowling and our Sunday putting up the Christmas decorations. I’m very glad to have found such a nice place to stay over the festive break! 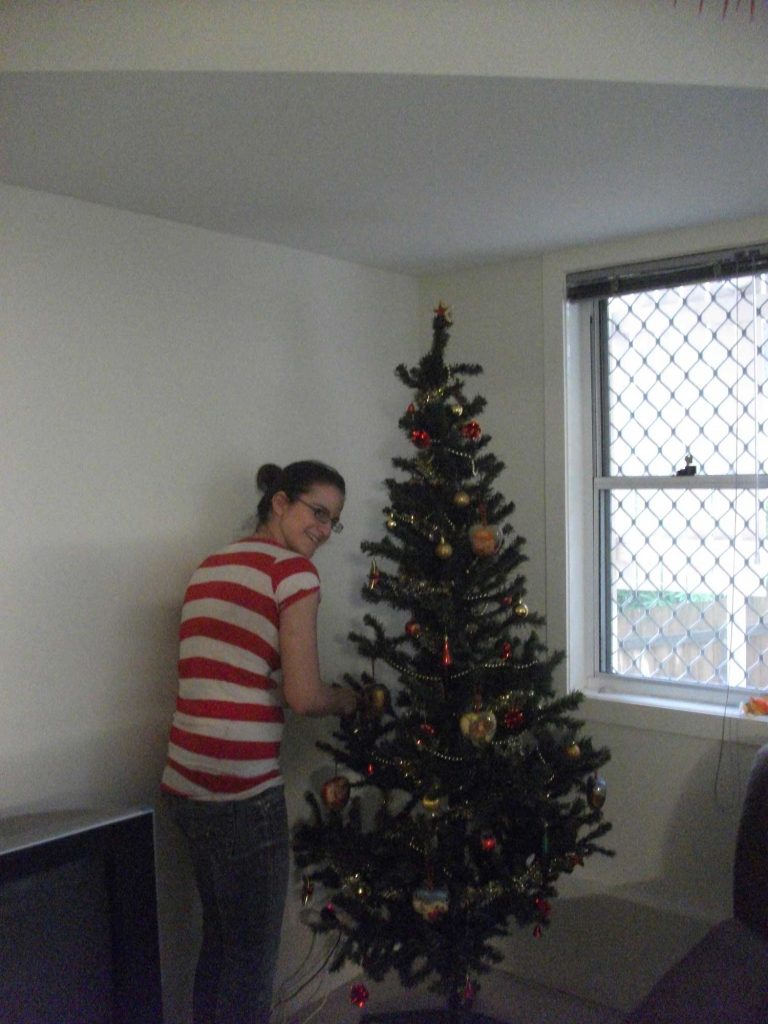 There is talk of Christmas dinner and apparently I have been assigned starters. I have no idea what to make other than prawn cocktail or to attempt some kind of soup but I’m sure I’ll think of something. Since everyone else in the house has also been baking traditional things from home I felt I could not let the side down and opted for some shortbread. On first attempt they were a little burnt but the second ones were pretty good and my Dutch flatmates seem to like them even if they can’t understand the name. To be honest I don’t get the name either. 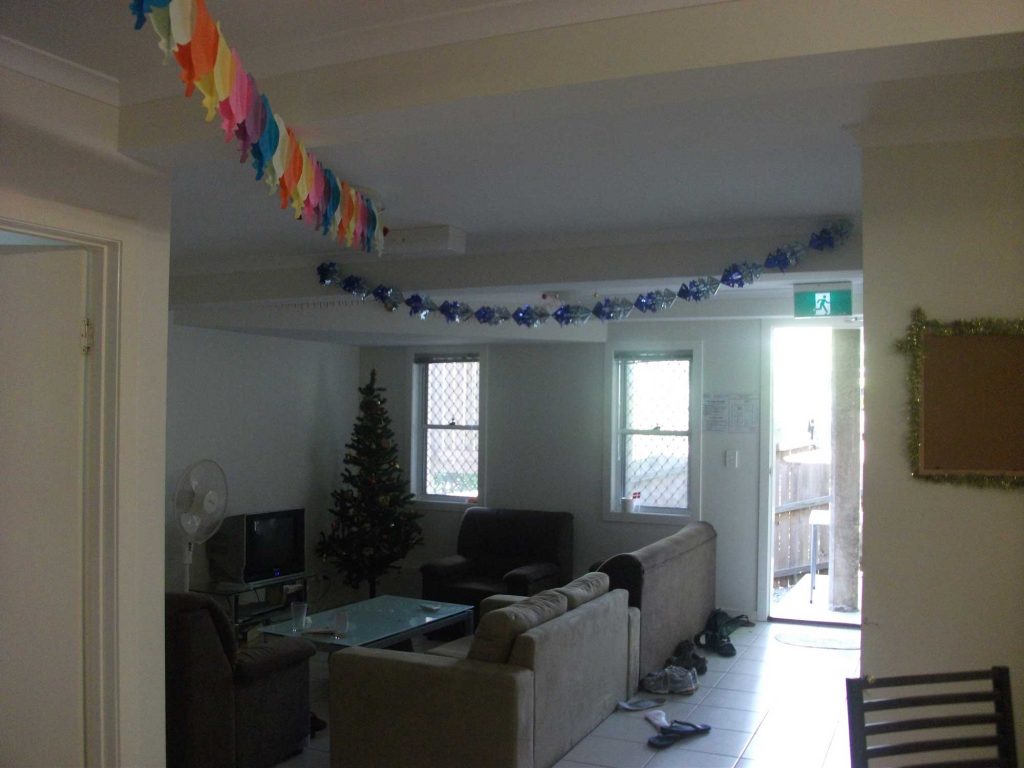 To add to the Christmas spirit I’m quite happy to have received a few Christmas cards as well and a nice parcel from my man back home, which I shall wait to open though I’m sure its just an empty box as it doesn’t weight anything.

My work at Lone Pine has continued and even though yesterday I was assigned as “general help” rather than to a specific department, I really enjoyed it. My morning was spent cleaning hand rails and some basic animal checks to make sure they were all still there. But let me tell you, koala spotting is not so easy especially when their playing silly koalas and hiding in a fig tree. 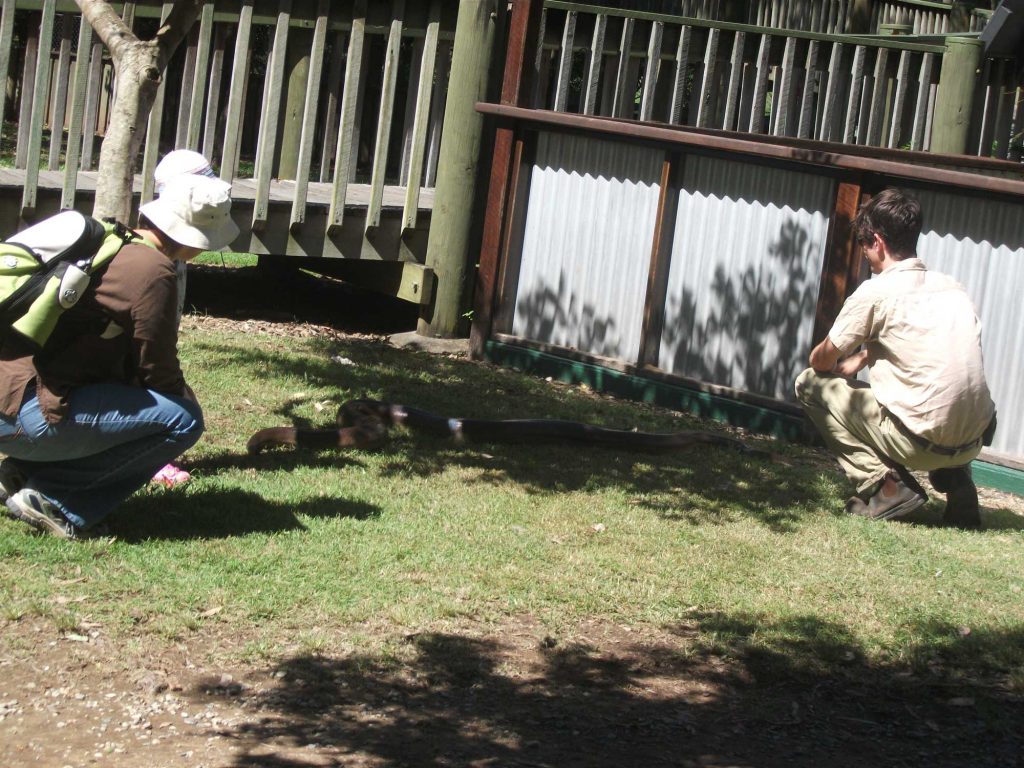 I joined one of the reptile keepers in ‘walking the snakes’ which was more that he wanders about with it round his neck and every so often it gets a quick slither on the grass. The entire time we had a crowd round us all wanting to see and have a photo but I guess I’m gonna have to get used to the fact there will be hundreds of pictures of me with various animals all over the world (mainly Japan though) since the keepers seem to be as exciting as animals to take photos of. 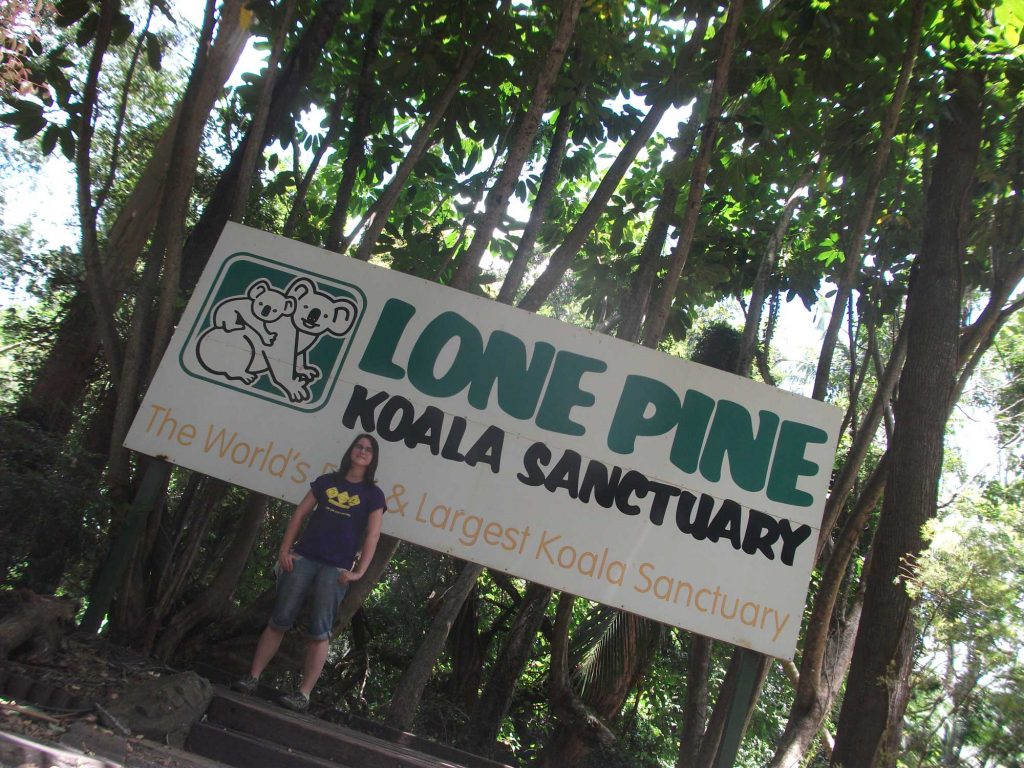 My entire afternoon was spent working with the koalas and since there is 130 of them there was a lot to do. They’re all so cute and since there’s so many of them I’m sure they won’t notice if one disappears when I leave. Though they do all have names and the keepers do recognise them so it might be tricky. I have my eye on  a baby one cause it seems to have its eye on me – its just so adorable. 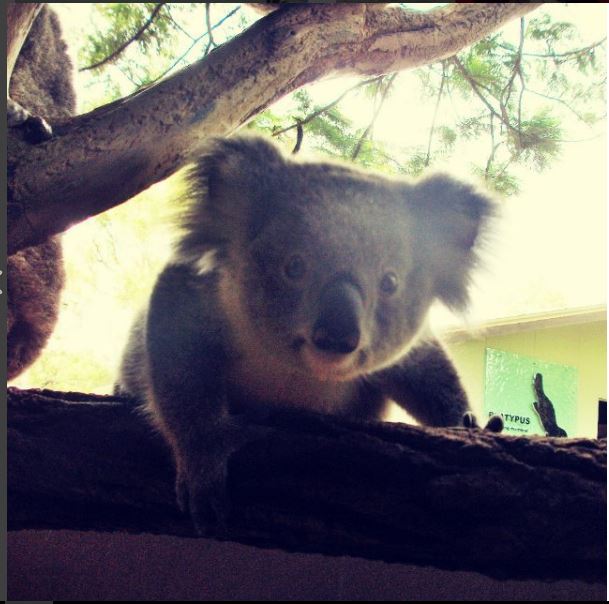 There was more time in the Barn as well doing the children’s petting zoo and giving an impromptu talk on horse grooming. It started off explaining to one of the other volunteers that is was a bad idea to have her face at the horses feet while she took the tugs out of its tail. I’ll point out these are Shetlands so not the biggest of horses but they can still kick. Anyway, somehow it ended up a question and answer session when the rain came on and everyone ended up in the barn hiding for shelter.

There were new chicks for pet handling which can only mean one thing for last week’s . . . someone’s din dins. It’s a shame cause their so cute but I guess the others have to eat too. We even had some puppies in the Barn today that belong to one of the keepers that does sheepdog shows at the park during the day. Lots of cute things to keep me occupied during the day and fun flatmates to hang out with at night what more could I want.