After five nights in Byron Bay, I can safely say this is a hippie town, evident by the number of bead, tie-dye and alternative food shops there are, as well as the many dreadlock maintenance specialists advertised. But what else can we say about New South Wales’ backpacker capital.

At my first hostel there was a massage parlour and everyone seemed to be high so I guess Byron is definitely a place people come to relax. Its quite a cool place to stay even if it is very expensive right now and I even did some bead shopping which also turned out rather expensive.

Yesterday, despite the very clammy weather I walked up to the lighthouse; apparently the most powerful light in the country, and stood at the most easterly point on mainland Australia. On the way back down I ended up trekking though a patch of rain forest but that was interesting too even if horrendously hot. There’s nice beaches as well but with such terrible weather its not really possible to enjoy them. 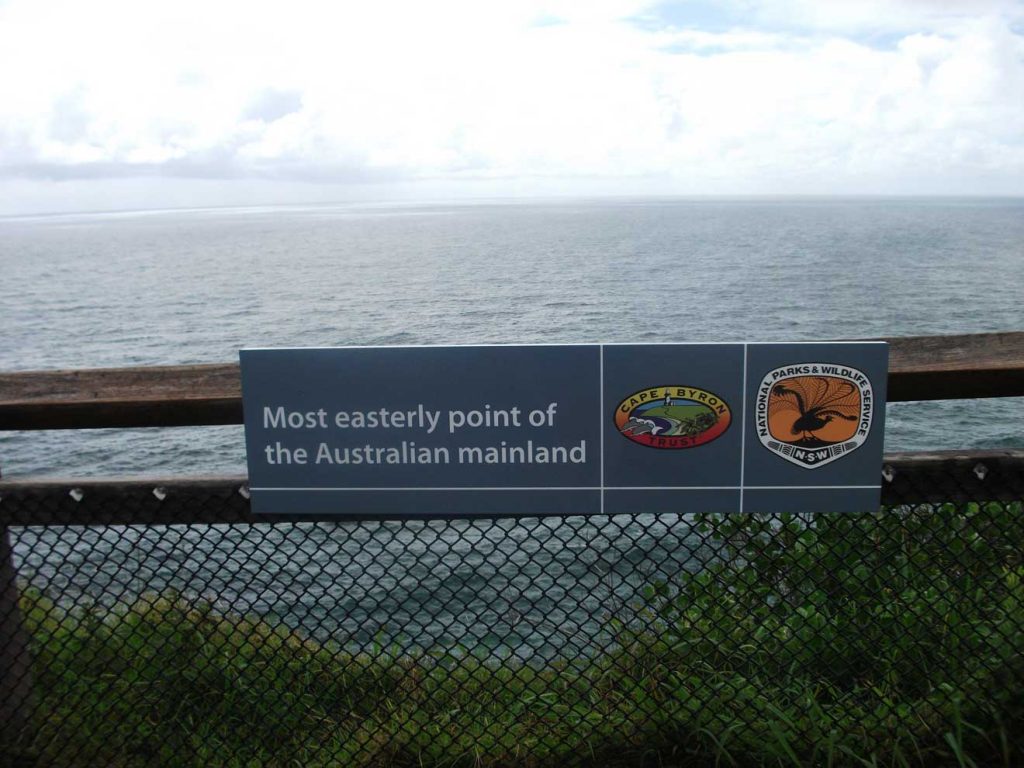 Like the rest of NSW, Byron is being subjected to torrential rain but thankfully were not on a river here so I’m safe from the flooding that’s devastating many places. Whenever I manage to catch the news the situation has gotten worse and more places are being evacuated. It’s always rather scary to watch especially when I’m told to know your flood plan and where your nearest evacuation centre is.

Thankfully, I carry my life on my back so I don’t have to pack things up if worst comes to worst but I’m hoping most of the frightening headlines are just media hype, especially “Mass evacuation of NSW”. I have a feeling that it might be a little more region specific and not the entire state. Hopefully as I move North things will get better but I know the floods have already hit Southern Queensland so as I head to Brisbane which it build on a massive river I can only hope the rain subsides.